Watch the festival from your sitting room.

The Dublin Smartphone Film Festival is now entering its fourth year and remains the only international film festival exclusively for filmmakers using smartphones or tablets.

This year's festival takes place on 30 January and while Covid-19 has meant that no event can take place, there's still an opportunity to showcase the best and brightest smartphone filmmakers from around the world. 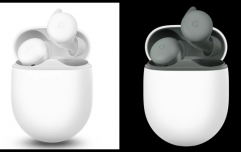 Tech Corner: Google gambled with the Pixel Buds A-Series, but it paid off

END_OF_DOCUMENT_TOKEN_TO_BE_REPLACED

The festival will be a virtual event this year and will screen a selection of short films, documentaries, animations and music videos, along with educational workshops.

With over 200 entries from more than 25 countries with awards categories including Best Fiction, Music video, Documentary, Animation, and there's also a best Irish category with entries restricted to 15 minutes in length.

"This year is unfortunately going to be a little different," founder Robert Fitzhugh said.

"It doesn’t mean it isn’t going to be great. The pandemic and subsequent lockdowns have brought about an incredible period of creativity with people forced to use the tools they have at their disposal to tell stories. As a result we have seen an increase in submissions and the quality has moved forward at a phenomenal rate.

"Despite the situation we all find ourselves in there has never been a more interesting time to explore Smartphone filmmaking. This is what the Dublin Smartphone Film Festival is here to do; to encourage the next generation of filmmakers to create their stories using their phones and to provide them with a platform to present these stories to a wider audience.”

The Dublin Smartphone Film Festival will take place from 30 January to 6 February on XERB.TV with a price of €5 per screening or €15 for access to all short films.

The Big Reviewski || JOE · TBR Spotlight: Loki - Episode Two - 'The Variant'
popular
The JOE Friday Pub Quiz: Week 248
Three men arrested after reportedly attacking staff of premises on South William Street
WHO plan calls for preventing women of "childbearing age" from drinking alcohol
QUIZ: Can you name all these European countries from a list of cities?
One of the most tense thrillers of the last ten years is among the movies on TV tonight
The 50 most iconic songs of all time* have been revealed
Five great new movies added to your streaming services this weekend
You may also like
3 months ago
Five days with the Huawei Freebuds 4i
3 months ago
Five days with the Samsung Galaxy S21+ 5G
3 months ago
Twitter to launch 'super follow' function that lets users charge for content
3 months ago
Revolut confirms users in Ireland will face a hike in fees from 23 April
4 months ago
Virgin Mobile is giving unlimited data to all its customers until July
4 months ago
The vast majority of 8-12 year olds in Ireland have social media profiles
Next Page