But just in case you haven’t reached total fever pitch yet, here’s another reason to get hyped. EA Sports have just announced their FIFA 18 World Cup mode will be dropping May 29th, and free for all existing players.

The mode will let you take any of 32 competing nations through the group stages and into the knockouts, and hopefully to glory in the final. As well as up to date team squads, the update will also have all the fully-licenced kits, player likenesses and official stadiums that you’d expect from a FIFA game. 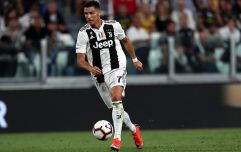 END_OF_DOCUMENT_TOKEN_TO_BE_REPLACED

On top of the offline FIFA World Cup Kick-Off and FIFA World Cup Tournament modes, there will be a revised FIFA World Cup Ultimate Team mode. Now the chemistry system will reflect nationalities and confederations as opposed to domestic football – meaning the game will be much more in tune with what’s happening in Russia.

The update will be available to download on PlayStation 4, Xbox One, PC, and Nintendo Switch on May 29th, and on mobile devices on June 6th.