The company have also said they hope to accept Dogecoin as a form of payment.

Elon Musk's company SpaceX is set to partner with a Canadian tech startup to launch a digital billboard complete with a "selfie stick" into orbit.

Samuel Reid, CEO and co-founder of Geometric Energy Corporation (GEC), said that his company is partnering with SpaceX to launch an advertisement satellite with a screen for people and companies to display logos or messages. 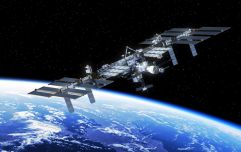 END_OF_DOCUMENT_TOKEN_TO_BE_REPLACED

The billboard will have a "selfie stick" to take photos of the billboard with the earth in the background, however, it won't be visible from the ground.

People will also be able to purchase tokens using cryptocurrencies, with the company saying that it would like to eventually see Dogecoin become an acceptable form of payment for the billboards.

“There might be companies which want to depict their logo… or it might end up being a bit more personal and artistic,” Reid said to Insider. 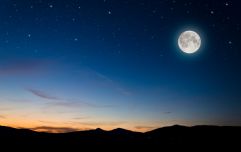 END_OF_DOCUMENT_TOKEN_TO_BE_REPLACED

“Maybe Coca-Cola and Pepsi will fight over their logo and reclaim over each other.

“I’m trying to achieve something that can democratise access to space and allow for decentralised participation - Hopefully, people don’t waste money on something inappropriate, insulting or offensive.”

popular
Katherine Ryan says famous TV star is a ‘predator’ and everyone in industry knows
The 50 most iconic songs of all time* have been revealed
New plot details emerge for Christopher Nolan's upcoming epic Oppenheimer
The JOE Friday Pub Quiz: Week 322
Released 30 years ago today, this Irish thriller still has a worldwide impact
Kelsey Grammer reveals why David Hyde Pierce won't be back as Niles in Frasier reboot
David Walliams reportedly quits Britain's Got Talent after making offensive comments about contestants
You may also like
3 weeks ago
Huge 'planet killer' asteroid has been found hidden in the sun's glare
1 month ago
NASA slams spacecraft into asteroid in first-ever 'earth-saving' effort
2 months ago
Scientists say fireball spotted over Ireland this week was definitely a meteor
3 months ago
Scientists discover planet which may be almost entirely covered in water
4 months ago
NASA share deepest ever image of space showing the universe "more than 13 billion years" ago
10 months ago
The world's first orbiting film studio is scheduled to be launched into space in 2024
Next Page