The company behind the Oculus Rift virtual reality headset have been bought over...by Facebook

If there's one thing that we've learned in the last year or so, it's that Mark Zuckerberg and Facebook have got some serious dough. They've got moola, clams, samolians, dank, dolla billz, call it whatever you want, in any language it spells mazuma in the bank.

They splashed it around when they were buying up Whatsapp just a few short weeks ago, but they're happy to splash it again today as it was announced that they have acquired Oculus Rift, a company that makes virtual reality headsets for gaming, for $2 billion.

END_OF_DOCUMENT_TOKEN_TO_BE_REPLACED

Last week Sony announced that they were building Project Morpheus for the PS4, but there will be some serious competition for them now, although we'll have to see who the company aligns itself with in the gaming world, or if they choose to offer it across all platforms. 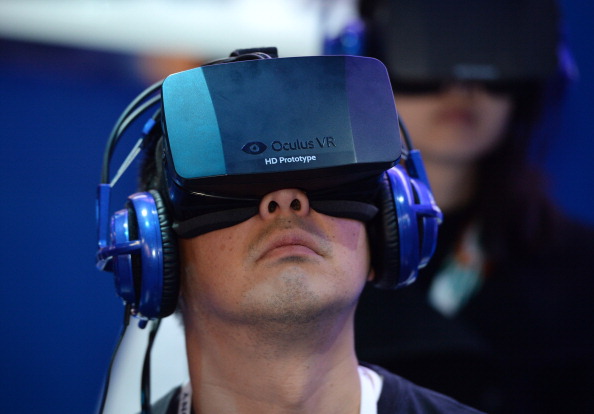 For now, Zuckerberg said in his statement that gaming is where this will prove most useful, but that's just the start. "After games, we're going to make Oculus a platform for many other experiences. Imagine enjoying a court side seat at a game, studying in a classroom of students and teachers all over the world or consulting with a doctor face-to-face - just by putting on goggles in your home."

Microsoft may have to react soon with two big companies entering the VR market, but there is certainly going to be some interesting comings and goings in the next few days as Oculus Rift news starts making waves.

The Big Reviewski || JOE · The Big Reviewski with Andy Serkis, Squid Game follow-ups & the return of Succession
popular
Brian Laundrie: 'Strong probability' remains found belong to missing fiance
QUIZ: Can you name all the countries beginning with L?
How to lower your cholesterol - 5 really handy tips
Here's the lineup for this week's Late Late Show
WATCH: Micheál Martin and Danny Healy-Rae had an almighty row in the Dáil
Socially distanced queues at bar counters expected to be allowed under new guidelines
The cast of Succession on the most ridiculously expensive scene in the show
You may also like
4 months ago
Taking a look at the seven huge games trailers that dropped this week
5 months ago
Returnal is either the best game or the worst game of 2021, depending on what type of gamer you are
5 months ago
New study shows Ireland among the world's top video game cheaters
7 months ago
WATCH: The first trailer for Aliens: Fireteam has arrived
11 months ago
Assassin’s Creed Valhalla review: The best in the series so far
11 months ago
PlayStation 5 review - A giant leap forward in video game consoles
Next Page