The game for you and your mates - exactly what it should be.

FIFA games are different from every other game in the world.

It is one of few games where a lot of the emphasis isn't actually placed on the gameplay.

END_OF_DOCUMENT_TOKEN_TO_BE_REPLACED

So long as you can play as your favourite team, you're going to buy the game. Especially if your team has just signed a new striker. Who cares what the gameplay is like if you're banging in four goals each time?

Well, FIFA 19 feels like the first time in a long time where there seems to be a clear change in the gameplay.

It feels tougher to break teams down. Touches go astray, passes are misplaced, shots can be scuffed, it just feels like a proper match.

That's not to say that it's become more realistic, because in some ways it definitely has not.

Volleys and other extraordinary goals have become more common. Within my first two games, I had scored a bicycle kick with Mbappé for PSG.

Some people may see this as a slight on the game, but it really isn't.

Admittedly, it can be a little bit weird when you miss a one-on-one in the first half and score a 30-yard screamer in the second, but that's what makes the game fun. You don't want to play FIFA and win 1-0 following a goalmouth scramble.

END_OF_DOCUMENT_TOKEN_TO_BE_REPLACED

The off-the-ball runs made by players has become more life-like, but definitely not perfect either.

EA have clearly made a conscious effort to make the gameplay more realistic without sacrificing the quality of it all, and it appears to have paid off. 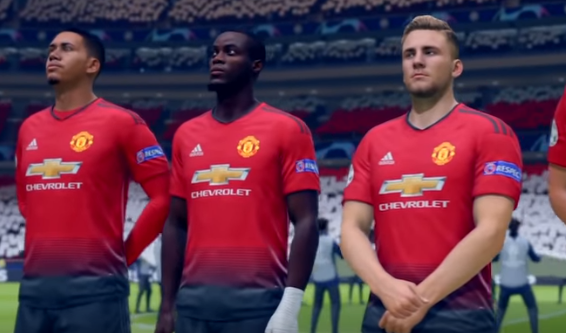 The biggest changes off the pitch come in the new modes that were eagerly anticipated in the lead-up to the game's release.

This is what this game will be known for. 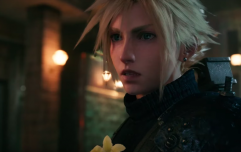 END_OF_DOCUMENT_TOKEN_TO_BE_REPLACED

Elimination Mode is a personal favourite. This is where you can play against the computer or another person, and every time you score you'll get a player sent off.

It is a really strange concept, and unbelievably fun. We can safely say that you'll be playing this mode quite a bit.

Another addition that gamers will enjoy is FIFA tracking your results.

If you regularly play against the same person, you can enter this information before the game starts and it will log the result forever. Your mate who claims he always beats you won't have a leg to stand in FIFA 19.

Fans of Ultimate Team, Pro Clubs and Manager Mode may be a bit disappointed with the lack of changes. No real improvements appear to have been made.

Ultimate Team is still as rewarding as ever when you build yourself a good squad, and will probably remain the most popular aspect of the game.

They have slightly changed how players are seeded, as it's based on weekly performances. This rewards regular players, which should please hardcore gamers.

The Journey has expanded too, as you aren't just Alex Hunter anymore.

You can control three different players as you compete to make it at the very top level of professional football.

There is an increased emphasis placed on the amount of training sessions that you have to complete before you get to do the good stuff, which probably isn't a complaint given how quickly a lot of people have completed The Journey in previous games.

We can now play Champions League games as well, although that means very little in reality.

The only difference is the music played beforehand and the fact that Lee Dixon is on commentary...

FIFA will never be forced to go out of its way to improve tiny details, as they have no real competition, which is why any improvement at all to the game is something that gamers should be fairly happy with.

The game will prove to be fun for people who love football video games, and will be even more fun for those who just like playing casually with their mates - especially the new modes.

Playing endless games of FIFA doesn't tend to get boring, but the introduction of these new 'house rules' have gotten rid of any complaints that the game could be seen as monotonous.

The gameplay itself suits those who are already quite good at previous FIFA's, but the spectacular goals will keep the more casual fans happy.

FIFA 19 is available to pre-order now, and will be in shops Friday 28 September.

popular
Huge number of businesses plan on employees returning to workplaces in September
Ryanair set to take first delivery of "Gamechanger" aircraft this month
The JOE Movie Quiz: Week 102
Here are the restrictions being eased today as Ireland continues reopening
It will cost "tens of millions" to rebuild HSE IT system following cyberattack
The 50 most iconic songs of all time* have been revealed
Leo Varadkar says cyber attack on Department of Health was "unsuccessful"
You may also like
5 days ago
Ratchet & Clank: Rift Apart will be the first game to properly test the PS5's capabilities
5 days ago
Assassin's Creed director on why Ireland is the perfect setting for their new game
2 weeks ago
The 'gamer lean' is real and it genuinely helps you win at FIFA
2 weeks ago
New study shows Ireland among the world's top video game cheaters
3 weeks ago
10 great PlayStation games you can get right now for less than €20
3 weeks ago
COMPETITION: Win a brand new state-of-the-art gaming console with Jack Daniel's®
Next Page