The Fitbit Charge 4 – The hot hatchback of fitness wearables

There’s a lot to like about Fitbit’s newest product.

The Fitbit Charge 4 may look an awful lot like the Charge 3 which came before it, but it’s like comparing when you finish secondary school to when you start making pension contributions.

It’s done a lot of growing up.

END_OF_DOCUMENT_TOKEN_TO_BE_REPLACED

The fourth generation brings with it the welcome addition of GPS tracking to provide more accomplished activity tracking, as well as the addition of Fitbit Pay.

The Fitbit Charge 4 is not a smart watch, nor does it pretend to be, but instead offers a middle ground for those seeking fitness trackers with some features while not wanting to splurge on a full sports or smart watch.

It’s a delicate line to balance but Fitbit has done a very good job with the Charge 4.

The Charge 4 has the same design as the Charge 3, meaning you’ve got your central tracker unit with a display on the front and sensors on the back. There’s a single button on the side of the unit and two straps which click into place very easily. It’s a lightweight, sleek and comfortable design.

I love fitness trackers and I’ve had various smart watches and sports watches over the past few years, but a pet peeve of mine has always been bulk (in watches I mean, there’s nothing wrong with growing a little more rotund during lockdown).

Any tracker which gets caught in my shirts or rakes across my laptop or desk while typing just turns me off them straight away. But the Charge 4 is dainty on the wrist and to use a well worn cliché, you would forget you were wearing it. 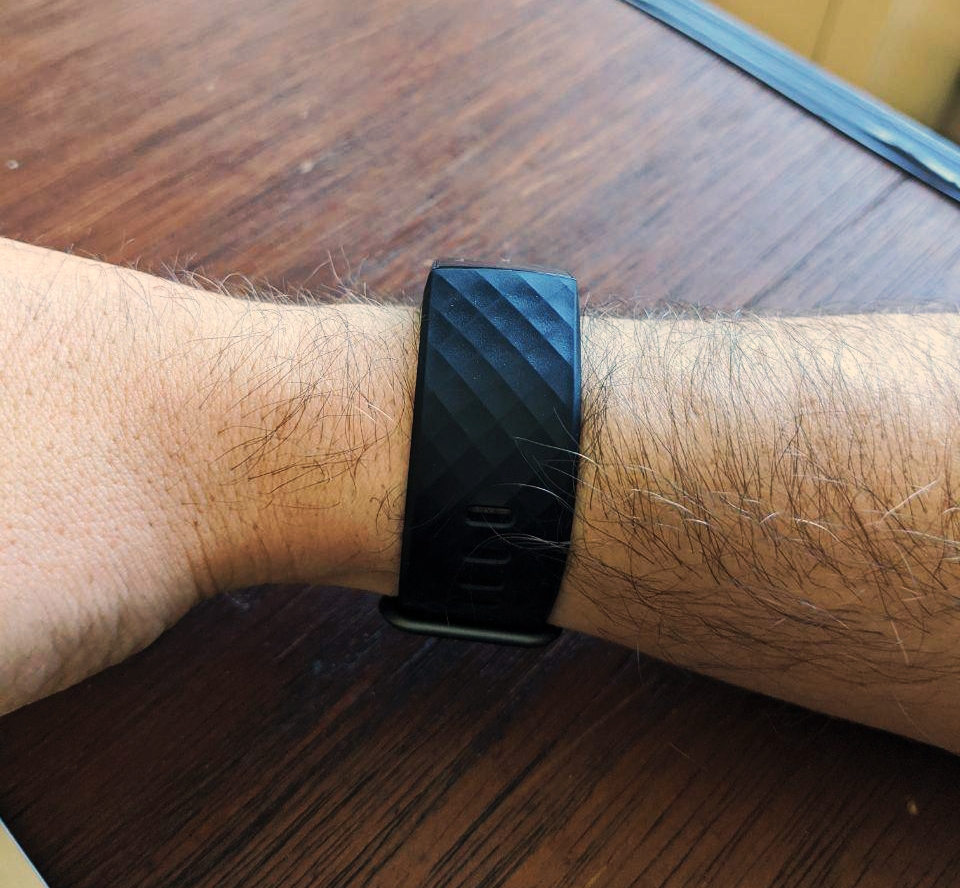 END_OF_DOCUMENT_TOKEN_TO_BE_REPLACED

There's no colour screen, but if getting one would have meant a trade off on battery life (it lasts for up to seven days as is), the monochrome screen does the job efficiently.

Fitbit is no novice to the fitness world and their app is one of the best out there for user experience.

Set up is simple. Download the app and log into your Fitbit account. The app will search for the device over Bluetooth; once it connects it will update the firmware and then you’re all set to go.

END_OF_DOCUMENT_TOKEN_TO_BE_REPLACED

The app is easily accessible and you won’t find yourself scrolling through reams of menus because everything is organised behind neat tiles.

The best new addition is Active Zone Minutes, a new measurement that factors in your resting heart rate and age, and monitors any kinds of workout that raises your heart rate. In this way, you get points throughout the day for tasks that raise your heart rate that doesn't require you to be out pounding the road on a run. 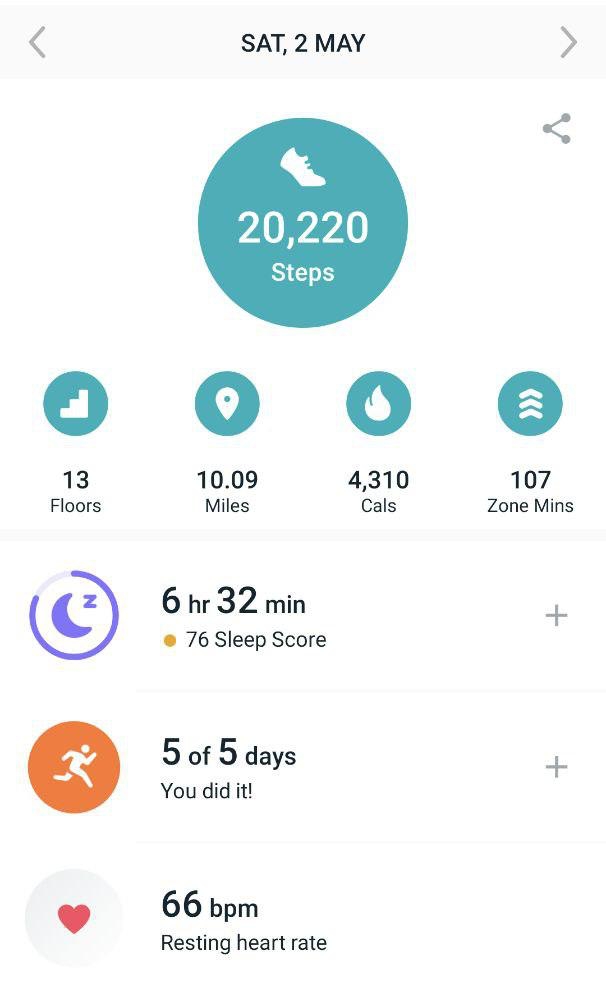 For those looking for a little more from their device, Fitbit Premium will give you more challenges, workouts and mindfulness exercises. It will also offer some guided programmes to help you live a little healthier.

We mentioned the addition of GPS earlier, which is a big addition to the Charge 4. In other versions, Fitbits used your phone’s GPS for tracking, which meant you had to have your phone with you for tracking.

This wasn’t the end of the world because for a lot of people out running or cycling, you’d have your phone on your person either for music or in case you got stranded somewhere miles from home.

But it is a nice addition to the Charge 4, especially for those who want to use it for aquatic based activities (it's water resistant up to 50 metres, but Fitbit does advise you to take a moment to dry it afterwards).

When you've been motionless for too long, the Charge 4 gives you a buzz to get moving, the frequency of which can be adjusted in your app or disabled entirely if that's your taste.

It's generous when it comes to counting steps compared to some other fitness trackers on the market but it's run tracking is in line with the best and shows the different zones - like cardio and fat burn - you entered during your exercise, which is a good way to push yourself that little bit more.

As usual, Fitbit's sleep tracking is in line with the rest of its releases; excellent.

Fitbit has taken a real step forward with the Charge 4 and created a bridge between bands and the high end smart watches.

It's the hot hatchback of the fitness wearables world. The hot hatchback is the jack of all trades; your family car, spacious for cargo and passengers, ideal for parking, has plenty under the hood and generally does most things you ask of it.

The Charge 4 will do most of what you ask and comes in at the middle of the road from a financial prospective at €149. That's €50 cheaper than Fitbit's Versa 2.

Some may have wanted a more colourful display, but for me, it provides just enough to avoid being cluttered and clunky.

It provides all the core functions of more powerful trackers but in a slimmer form and provides a good mix of features for its price range.

Fitbit has done very well with the Charge 4 and provided a quality upgrade to last year's Charge 3.

The Big Reviewski || JOE · The Big Reviewski with Andy Serkis, Squid Game follow-ups & the return of Succession
popular
The JOE Friday Pub Quiz: Week 265
PICS: The man with the biggest penis in the world has one unbelievable problem with it
The 50 most iconic songs of all time* have been revealed
A scene by scene analysis of the most uncomfortable moment in Come Dine With Me history
Ryanair is seeking applicants for "the worst job in Ireland"
Warning after person has bank account cleared out hours after scam text
People think they've figured out the ranking of the viewers on your Instagram Stories
You may also like
1 month ago
OnlyFans would "absolutely" welcome back sexual activity if banks allow
2 months ago
Google and Facebook will require US employees to be fully vaccinated before retuning to offices
4 months ago
It will cost "tens of millions" to rebuild HSE IT system following cyberattack
5 months ago
WhatsApp to punish users unless they agree to new privacy changes in coming weeks
5 months ago
Privacy group calls for Irish people to join legal case against Facebook
6 months ago
Beware of the very clever WhatsApp hack that is locking Irish users out of their accounts
Next Page