The biggest game of the year will go on sale in only a few hours time, so JOE takes a look at the five things we’re most looking forward to about GTA V.

We’ve been writing about GTA V for months now, even years (literally), but the day we’ve all been waiting for has finally arrived. Well, almost.

END_OF_DOCUMENT_TOKEN_TO_BE_REPLACED

The online mode of GTA V will be an entirely separate game on its own. We already reported that there will be over 500 online missions and they’ll vary from solo missions to ones that require a bit of teamwork. If you’re not in the mood to take down an entire bank with your buddies then you can always sit back and relax with one of the various mini-games, but we’ll talk a bit more about them later on…

The other cool thing about the online mode is the ‘Crew’ rankings. Crews can be formed through the Rockstar Social Club and hierarchies can be set up, setting you apart from the rest of your humble minions. More about that over here.

END_OF_DOCUMENT_TOKEN_TO_BE_REPLACED

There have been quite a few leaks regarding the vehicles in GTA V over the past week or so and if you’ve managed to avoid the spoilers then well done you. There will be plenty of favourites returning to the game along with a few new cars that look remarkably similar to their real life counterparts and we’ll also see the return of airplanes to GTA V.

For the first time ever in the GTA franchise we’ll also be able to dive the depths of the ocean in a mini-submersible – which is going to be all sorts of awesome.

The guys from Rockstar have even teamed up with West Coast Customs to create a real life, fully functioning Bravado Banshee, which will be given away as a competition prize later this year. Talk about pulling out all the stops… 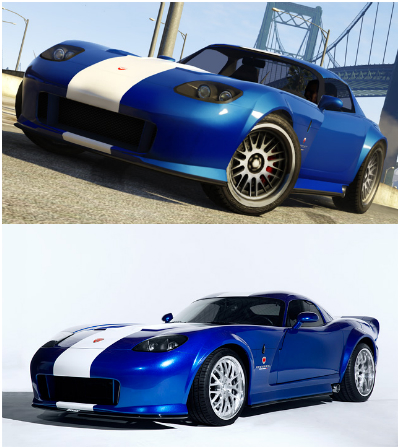 END_OF_DOCUMENT_TOKEN_TO_BE_REPLACED

WARNING: There might be a slight spoiler in the following text… One of the biggest questions surrounding the release of GTA V has been “will there be DLC?” Well, the answer is yes.

A leak during the week revealed that you’ll be able to buy extra weapons in Ammu-Nation and the latest rumours suggest that you’ll also be able to buy various upgrades for various vehicles whenever the DLC does come out. There has been no official word from Rockstar as to when and what exactly we can expect from DLC, but at least we know it’s coming eventually. We’re just hoping for a Red Dead Redemption: Undead Nightmare type expansion…

This looks like it's going to be the biggest game that we may well have ever seen, merely from the sheer size of the map. GTA IV and Red Dead Redemption were big, but by all accounts this is at least three times the size of the latter. That's where the ability to switch characters at any time (within reason we think) will come in handy. It might take a long time to get from one side of the map to the other, or even from mission to mission, so the ability to switch between characters should help on that front. 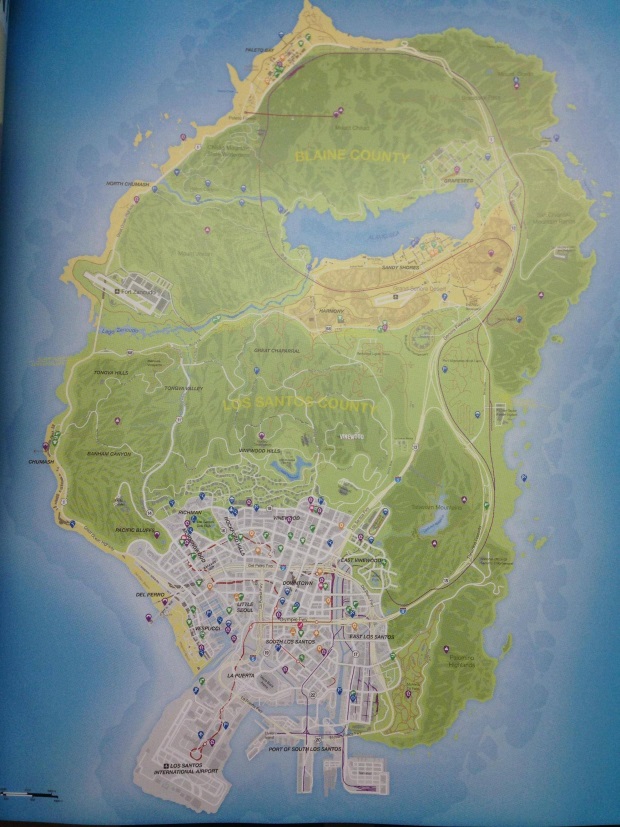 A look at the map, which was apparently leaked last week

The fact that the characters will all be different and have different skill is something else again that will come into play in the game play, but between the map, the missions, the online mode and all the extra-curricular activities, we think we're going to be pretty busy.

Mini-games
One of our favourite things about past editions of this game have been all the extra-curricular activities that we can do outside of the missions and the storyline. In this edition of GTA, it looks like we might have the most extensive list of distractions to choose from, including cycling, yoga, golf, sky diving and in general causing havoc, which is standard fare at this point.

We're not quite sure how the yoga is going to work and we might even pick up a few tips for our own exercise routines, but all of this promises that we're about to get a game that will dominate our lives. Besides, we don't get the weather here in Ireland to enjoy a good cycle or a bit of sky diving, so why not get involved through the game instead, that's easier, right?

Grand Theft Auto V will be released tonight at midnight at a variety of locations that are opening specially, from GameStop to Xtravision, Tesco and HMV. If you want a copy you'd better be quick though, as judging from what we've heard from retailers, most of their allotment has already been pre-ordered! We'll see you in the queue

popular
An action-packed thriller is among the movies on TV tonight
Taoiseach issues mild rebuke in parting words to Boris Johnson, Mary Lou McDonald goes in two-footed
Tonight's episode of Love Island features the "most dramatic recoupling ever"
Woman charged over €1.2 million misappropriation of funds at local Credit Union
Gardaí unveil new Armed Support Unit vehicles to replace older models
A serial killer thriller with 100% on Rotten Tomatoes and 5 more movies & shows to watch this weekend
QUIZ: The Ultimate Thor Quiz
You may also like
8 hours ago
JOE Gaming Weekly - Ubisoft shutting down multiplayer and online services for 15 of their games
1 day ago
WATCH: The new God of War Ragnarök trailer FINALLY reveals the release date
1 day ago
Rockstar Games reportedly shelving remasters of two of the best games ever made
5 days ago
The Ultimate PlayStation Quiz
6 days ago
Atari releasing 50th anniversary collection with over 90 classic games
1 week ago
The free subscription games coming to PlayStation and Xbox in July
Next Page