Forget 4G, they're already working on 5G in South Korea

If you haven't experienced the increased speed of 4G yet, then not to worry, it's already obsolete

If you're still only using 3G, then it's time to upgrade grandpa, you're living in the past man. The lads in South Korea have decided that 4G, the new fastest thing since sliced bread became downloadable, is too slow for them, and are planning are investing $1.5 billion in making 5G, which would be 1,000 times faster.

According to Bussiness Insider, the Ministry of Science and Technology have announced their plans to get the network up and running by 2020, and it would mean that waiting for your download may become a thing of the past. 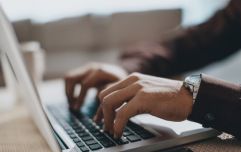 END_OF_DOCUMENT_TOKEN_TO_BE_REPLACED

According to the stats, you can expect to download an 800 megabyte file in around one second, which is pretty fast, we guess. They might not be alone however, as apparently they are only doing this in order to get ahead of their tech rivals in Europe, China and the US, who are said to be working on something similar, at least according to the Koreans.

And to think, it wasn't too long ago that we were using WAP...

popular
The JOE Movie Quiz: Week 102
Leo Varadkar says cyber attack on Department of Health was "unsuccessful"
Ryanair set to take first delivery of "Gamechanger" aircraft this month
The 50 most iconic songs of all time* have been revealed
International travel won't resume until August "at the earliest", says Leo Varadkar
QUIZ: Is your General Knowledge up to scratch?
The JOE Friday Pub Quiz: Week 243
You may also like
1 year ago
Here's where all these jokes about "30-50 feral hogs" came from
2 years ago
Eir is hiring new apprentices in Ireland for the 'largest broadband rollout programme in Europe'
3 years ago
A new list of 'sexting' acronyms is doing the rounds on Twitter
3 years ago
This is how you can watch the Winter Solstice in Newgrange online this week
3 years ago
Porn star Mia Khalifa publicly posts DM from the man who wants to kill the internet as we know it
3 years ago
America has made a fundamental, damaging change to how people will have access to the internet
Next Page