Software guessing the gender of anonymous authors could be used to stop future ‘fake bloggers’.

The now world-renowned blog ‘Gay Girl in Damascus’ blog, which profiled the struggles of, you guessed it, a gay girl in Damascus was actually written by a 40 year old American man living in Edinburgh. Tom MacMaster admitted to writing the blog all along.

In fairness, we don’t need another 40 year old blogging about his love for cars and golf or what have you. 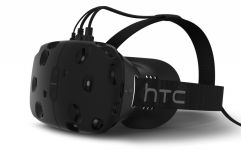 Video: HTC teams up with Valve for a virtual reality headset, Vive

END_OF_DOCUMENT_TOKEN_TO_BE_REPLACED

This new software developed by Na Cheng and colleagues at the Stevens Institute of Technology in Hoboken (pronounced HOBO-ken), New Jersey could soon be used to discover if an author is male or female. The software allows users to upload a file or paste text for gender analysis and works by searching for specific words and punctuation styles associated with men and women.

An over indulgence in question marks indicates a female author. Really? Is that true? Does that mean women ask a lot of questions? Who knows? I'm a bloke, by the way.

The group behind the software say it could possibly be used to help stop young girls being groomed by older men who are hiding their gender.

The software is not 100% accurate yet, but it does claim to be 85% accurate. This will improve as more people use the software according to the group. Another weapon for the anti-paedo arsenal. Lock and load.

popular
Micheál Martin confirms he intends to return as Taoiseach
The JOE Friday Pub Quiz: Week 314
An incredible Western crime drama is among the movies on TV tonight
An Oscar-winning war thriller is among the movies on TV tonight
Johnny Depp/Amber Heard trial movie unveils first trailer and it's not good
“Megaproject” MetroLink takes next step towards construction
QUIZ: Step on up and conquer this tricky General Knowledge Quiz
You may also like
8 years ago
Tinder has added a new feature which fans of Snapchat are going to love
8 years ago
Video: Is that Ironman? No, but it's a jet pack that really works and we want one. NOW.
8 years ago
Video: This camera stabiliser is hypnotically stable
10 years ago
Meet the iPhone with a holographic display
10 years ago
Printing a new iPhone, a pair of runners - or even your dinner
10 years ago
Could cyborgs really become the next step in human evolution?
Next Page