The movie is called The Billion Dollar Game.

Fans of the Grand Theft Auto series have probably been wondering why Hollywood hasn't attempted to adapt any of the games yet.

Aside from the fact that Hollywood has yet to successfully adapt any game into a movie yet, you would think that GTAV would lend itself quite easily to being a big budget crime caper, or at least some kind of HBO series?

END_OF_DOCUMENT_TOKEN_TO_BE_REPLACED

For now though, this documentary looks set to be the closest we'll get to any kind of GTA movie, as director Robert Ryan has already begun production on The Billion Dollar Game.

Screen Daily are reporting that the documentary aims to explore the development of the series by way of archive material and new interview footage, focusing intently on GTAV, which still sells millions of copies even five years since its release, and remains the biggest selling game of all time in the USA.

There isn't much else known about the movie, except that it comes from the same producers as the Gascoigne documentary, and IMDb currently have it slated for release on 1 November 2019.

That will put it in direct competition with Wonder Woman 1984, which makes for some clever counter-programming. 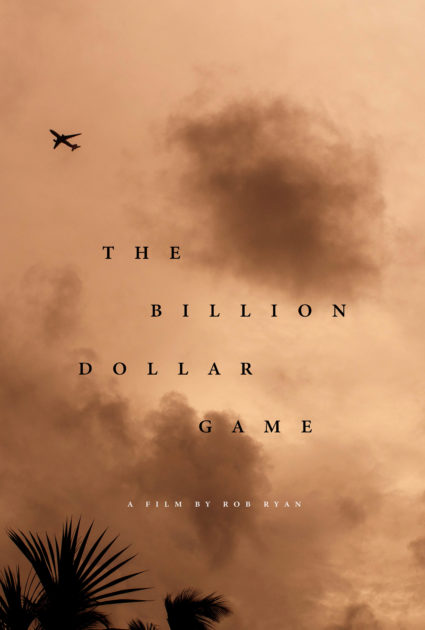 popular
20 years ago, one of the best sci-fi movies of the 21st century was a box-office bomb
U2 drummer Larry Mullen Jr. says band may perform without him in 2023
Peter Kay moved to tears on stage while opening his first stand-up tour in 12 years
Mia Khalifa claims seaside town is better than Miami
Patient arrested after switching off roommate's ventilator because it annoyed her
Simon Cowell concerns fans with appearance as they 'don't recognise him'
The 50 most iconic songs of all time* have been revealed
You may also like
22 hours ago
The JOE Movie Quiz: Week 182
1 day ago
Fans of Netflix's 1899 may want to check out this new mystery series
1 day ago
Netflix cancels show but creator provides answers to its unresolved mysteries anyway
1 day ago
New footage gives behind-the-scenes look at upcoming Michael Fassbender movie The Killer
2 days ago
Here's the line-up for tonight's episode of The Graham Norton Show
2 days ago
Bad Sisters stars snap back at New York Times article that called them British actors
Next Page