Just when you thought it was safe to go back in the water...and talk about Lindsay Lohan and GTA V, it turns out it's not

Lindsay Lohan has been hitting the headlines for many of the wrong reasons in the last few years, and she may be getting more unwanted publicity this week, as it seems that she's planning on taking legal action against the makers of hit video game Grand Theft Auto V.

Apparently, Lohan thinks that the female figure posing on the front cover of the game in a bikini was based on her likeness, and she wants some royalties from the lads behind Grand Theft Auto for her troubles.

END_OF_DOCUMENT_TOKEN_TO_BE_REPLACED

According to IGN and The Independent, she's prepared to go down the legal route, and she's also upset about the fact that there's a character who's vaguely similar to Lohan named Lacey Jones, who gets chased by the paparazzi, which you need to help her get away from. 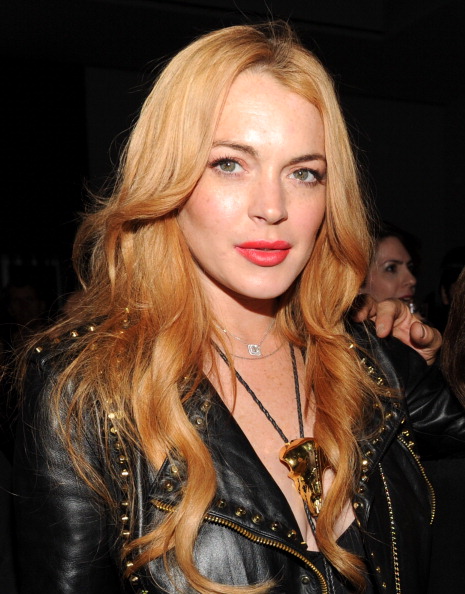 There's also a further incident in which players are tasked with photographing a red haired actress engaging in a sexual act at a hotel that looks similar to the Chateau Marmont in Hollywood, one of Lohan's favourite haunts and a place where she lived for a period.

However, the issue of the front cover model will be very difficult to prove, as while most people seem to think that it's Kate Upton, the very lovely model Shelby Welinder is the real person who it was based on, and she has the paycheque to prove it. She looks like this and likes snowcones.

As of yet, there has been no official confirmation that Lohan's legal team are putting any sort of challenge together, so it remains to be seen if she's going to push ahead with the case or not.

popular
Thunderstorm warning for Ireland escalated to Status Orange with hail and flooding forecasted
Gardaí urge public not to share "upsetting" pictures of fatal assault of Paul 'Babs' Connolly in Westmeath
Disney+ has just added 10 big movies to its library
The JOE Music Quiz: Week 117
An exciting Irish crime thriller is among the movies on TV tonight
QUIZ: You'll need to be razor-sharp to get 100% in this General Knowledge Quiz
The JOE Friday Pub Quiz: Week 307
You may also like
6 days ago
Xbox testing new subscription plan in Ireland this month
1 week ago
The JOE Friday Pub Quiz: Week 306
1 week ago
JOE Gaming Weekly - Details of the new Tomb Raider game have leaked
1 week ago
The free subscription games coming to PlayStation and Xbox in August
2 weeks ago
JOE Gaming Weekly - Stray has the highest user-review score of 2022 so far
2 weeks ago
GTA 6 will reportedly be based on a modern day "Bonnie & Clyde"
Next Page