Hands on with Huawei's best smartwatch, the Watch GT 2 Pro

The last 12 months have been busy for Huawei smartwatches as the company continues to roll out improvements to the Watch GT series.

All variations released have had small but meaningful updates to their predecessors and one look at the GT 2 Pro will tell you there's been a bit of a redesign from other iterations, and it's quite clearly the series' most premium design to date.

END_OF_DOCUMENT_TOKEN_TO_BE_REPLACED

The watch itself heralds back to some of it's analogue counterparts with its titanium and ceramic design.

We're a big fan of the sapphire glass on the front and it adds to the scratch resistance, which is always a plus, while the ceramic on the back is more comfortable than some of the plastic backings on other smartwatches.

It's a one size fits all but it doesn't feel clunky and strikes a nice balance of heft and balance which shouldn't look overwhelming on slimmer wrists. 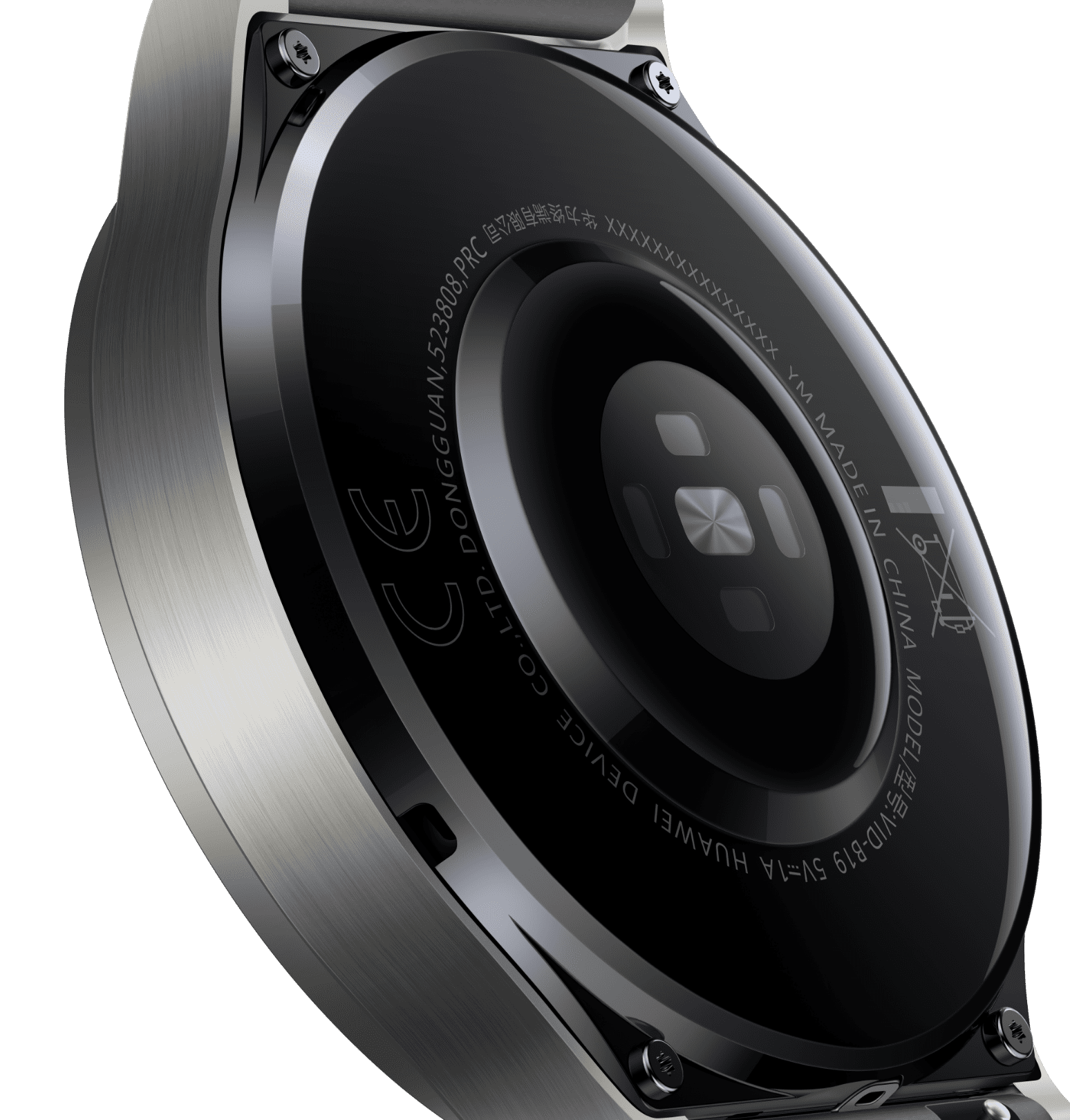 END_OF_DOCUMENT_TOKEN_TO_BE_REPLACED

You can choose between your types of strap with both a stylish leather strap and a silicone strap included in the box. Our preference was the leather which just gives the watch a more polished feel.

It's a big, bold display with a 1.39inch AMOLED touch screen and a resolution of 454x454 HD which is bright enough to be easily visible in bright conditions.

END_OF_DOCUMENT_TOKEN_TO_BE_REPLACED

While there's not a whole lot of change in terms of hardware from previous iterations, Huawei have once again fine-tuned the software to eek every last morsel from it.

You're not going to have Apple Watch levels of smoothness or performance - no one has cracked this one yet - but you will have a slick performance which, when combined with two weeks of battery life, makes this a very enticing prospect for some not looking to drop over €400 on a smartwatch.

Huawei are once again making a big play towards the outdoorsy type with the GT 2 Pro and works well through the Huawei Health app which obviously worked well with a Huawei phone, but also performed strongly with other Android devices. While I didn't test it with iOS, it has received positive reviews with the operating system and should be a realistic option for iPhone users.

The GPS is accurate and even has a new navigation feature to lead you home if you go out exploring.

Two weeks of battery life is a massive plus compared to others on the market. 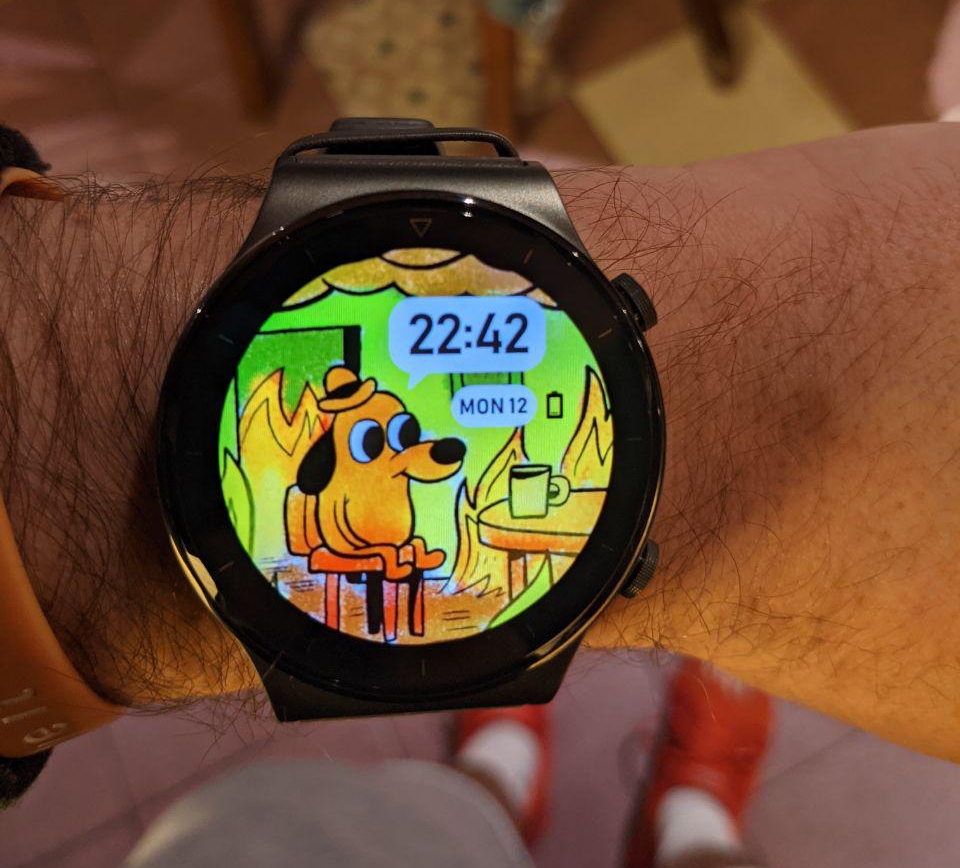 THE NOT BAD BUT NOT QUITE AS GOOD

It does not support third party apps so you'll have to do without, if your chosen app is not on the comprehensive list Huawei has offered.

With just 32MB of RAM, it's not a high powered smartwatch but as mentioned above, Huawei has offset this with clever software.

While it is a clear step forward from earlier GT watches, if you invested in Huawei's last release, the Watch GT 2e, it may not feel like an upgrade worth forking out for again so soon. However, if you're sporting one of the earlier versions or are in the market for a first smartwatch, you likely won't be disappointed.

It's Huawei's most stylish watch to date and the combination of ceramic and titanium makes it a premium smartwatch and while it's a slight step up in price, at the end of the day you get what you pay for.

At €299, it's actually quite reasonable for what you're getting compared to the significantly more expensive Apple Watch Series 6 and the Samsung Galaxy Watch 3.

The two straps included are a big plus and mean you can tailor it to any occasion.

The build, screen, battery life and run tracking are undeniably impressive and as long as you're not heavily reliant on third party apps, it will be a worthy addition for those who are tech and fitness inclined.

popular
A classic Western is among the movies on TV tonight
One of the most underrated sequels of all time is among the movies on TV tonight
The JOE Friday Pub Quiz: Week 300 - the Triple Century
Met Éireann gives update on weather warnings for this weekend
An underrated Jason Statham thriller is among the movies on TV tonight
The content warning for this week's episode of The Boys is incredible
The 50 most iconic songs of all time* have been revealed
You may also like
1 week ago
A new rival to Revolut is set to launch in Ireland
1 month ago
Elon Musk's $44 billion acquisition of Twitter on hold due to fake accounts
6 months ago
Here are the fastest growing salaries in Ireland right now
7 months ago
WhatsApp launches privacy update today after Irish ruling
7 months ago
Twitter have introduced an "edit tweet" option... but there's a catch
7 months ago
WhatsApp to stop working on 53 phone models, including iPhone 6
Next Page