Here are the 10 most hacked LinkedIn passwords

LinkedIn is more than just that site that bombards you with emails and push notifications.

Back in 2012 LinkedIn was hacked and 6 million LinkedIn accounts were hacked by cybercriminals. 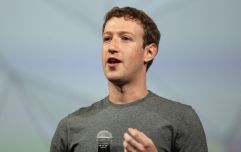 Mark Zuckerberg was hacked and his password was embarrassingly simple

END_OF_DOCUMENT_TOKEN_TO_BE_REPLACED

Now a list of the passwords that were most commonly used has been revealed.

Embarrassingly, the most common password was an unimaginative '123456' which featured 753,305 times.

This was followed by even less imagination as 'linkedin' and 'password' came in second and third.

Here is a list of the top 10 passwords that people had when they were hacked.

If any of these look familiar you should probably come up with a new password and let your creativity run free.

If anyone's looking xxNiallHoranSpiderMonkey20!4xx is available and absolutely hack-proof.

popular
Amazon Prime Video has quietly added 10 big new movies to its library
Yet another new Wetherspoons is set to open in Dublin city centre
The new restrictions likely to be introduced as NPHET meets with Govt
8 great new additions to Amazon Prime Video in December
The 50 most iconic songs of all time* have been revealed
House of Gucci has the best sex scene from a big Hollywood movie in years
PUP caused people to "get a bit lazy" says Supermac's boss
You may also like
2 years ago
LinkedIn to create 800 new jobs in Dublin
4 years ago
Updating your LinkedIn profile? You may want to hold off on that for now
4 years ago
The ten buzzwords Irish people are guilty of overusing on LinkedIn
5 years ago
The main reason Irish people leave their jobs has been revealed
5 years ago
8 ways that LinkedIn is like dealing with an ex after a bad breakup
7 years ago
New stats reveal how many Irish people actually know ALL their social media friends
Next Page