Here's how someone may be watching you interact on Tinder

Internet users sharing an unsecured Wi-Fi network with others may be able to view each other's Tinder swipes and chats due to two major flaws on Tinder's part, says a new security study.

The flaws, which can be found in both the app's Android and iOS versions, give a hacker the power to monitor the user’s every move on the app and also  the power to take control over the profile pictures the user sees.

END_OF_DOCUMENT_TOKEN_TO_BE_REPLACED

This gives the hacker the potential to swap the Tinder user's profile picture for inappropriate or malicious content.

This is all down to Tinder, as an app, lacking basic HTTPS encryption for photos. Encryption is the process of converting information or data into a code, especially to prevent unauthorised access.

Essentially, it's privacy online – something certain aspects of Tinder appears to be lacking, according to this recent study.

This is not to say that Tinder, as an app, is insecure. 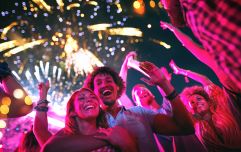 END_OF_DOCUMENT_TOKEN_TO_BE_REPLACED

Checkmarx found that other data in Tinder's apps are HTTPS-encrypted – but the vulnerabilities do expose just enough information to allow a hacker on the same network to watch every swipe on their target's phone.

Launched back in 2012, Tinder is one of the first “swiping apps” allowing users to swipe through profiles to ultimately make social connections; swiping right for a profile they like, swiping left to move on to the next profile indicating lack of interest or “super liking” with an upward swipe.

The application is most commonly used as a dating platform and claims responsibility for having matched over 20 billion people to date.

Check out the full study here.

popular
Nicola Bulley's phone found by the river 'could be a decoy', diving expert suggests
Teenager killed in shark attack after swimming with dolphins in Australia
The Last Of Us Episode Five will premiere days earlier in Ireland and UK
5 years ago, Hollywood took a massive gamble on a huge sequel... and lost big time
Shock as blues singer beats Adele, Beyonce and Taylor Swift to win Song of the Year Grammy
Amazon Prime Video has just added 21 big movies to its library
Ben Affleck's bored expression at the Grammys becomes a meme
You may also like
5 months ago
Irish woman who flew 7,000 miles for a Tinder date now has a baby with match
11 months ago
Tinder Swindler now has a legit job making $30K in three days
1 year ago
WATCH: Netflix's new documentary dives into the dark side of Tinder
1 year ago
Belfast man ranked as one of Tinder's seven most successful UK singles
1 year ago
Irish Tinder users to get "free super like" for sharing vaccine badges as HSE partners with dating apps
1 year ago
Blackmailers are targeting Irish people on dating apps
Next Page