Here's something you almost definitely did not know about Solitaire

This is new information.

Long before Angry Birds and Pokemon Go, the only digital games you could play were on your PC.  If you were lucky enough to have a computer at home you could happily spend hours playing simple games like Solitaire and Minesweeper.

It also made computer lessons in school that bit more enjoyable.

END_OF_DOCUMENT_TOKEN_TO_BE_REPLACED

But did you know that there is a lot more to the games than we thought? In fact, they weren't intended to be there for our entertainment at all.

They were purely created to help people to adapt to the use of the computers.

According to The Mirror, the oldest of the games, Solitaire, was added to Windows 3.0 in 1990 to teach 'mouse-fluency'. It was used to teach people how to drag and drop items on their computer.

Minesweeper was then introduced to Windows 3.1 in 1992 and aimed to teach people how to use the left and right buttons on a mouse. The game helped with speed and accuracy when left and right clicking. 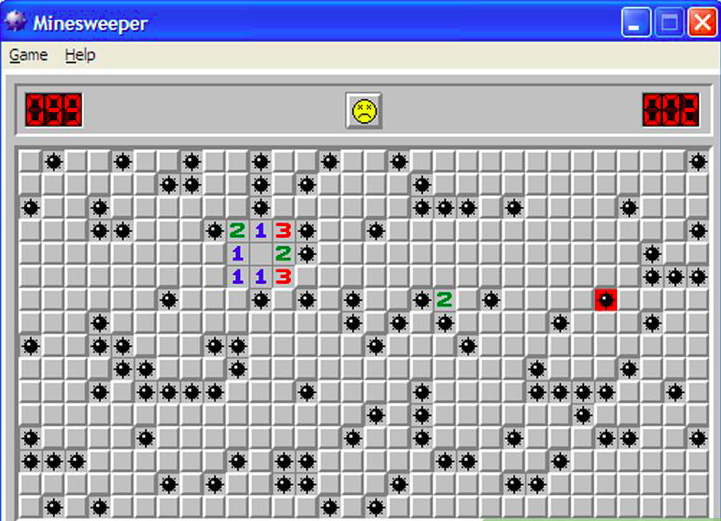 Hearts also had an ulterior motive attached to it, and that was to encourage people to communicate with others online. It was like an early form of chat room by the sounds of it.

The Big Reviewski || JOE · The Big Reviewski with Dune, a mini-Hangover reunion & the best of Timothée Chalamet
popular
WhatsApp to stop working on 53 phone models, including iPhone 6
Waterford driver fined for speeding, immediately speeds away, is fined again
Paschal Donohoe confronted on the street by anti-vaccine protestors
FREE NOW reports "200 requests a minute" on Sunday following nightclubs reopening
Three Status Yellow warnings issued as rain set to hammer the country
You can now get paid to watch Netflix and nap
Fresh call for four-day working week from Irish Congress of Trade Unions
You may also like
1 month ago
The first ever foldable hotel room has been launched in Ireland
2 months ago
OnlyFans would "absolutely" welcome back sexual activity if banks allow
2 months ago
Google and Facebook will require US employees to be fully vaccinated before retuning to offices
3 months ago
Google removes multiple apps for stealing users Facebook passwords
4 months ago
Virgin Media to deliver "free superfast" public Wi-Fi in over 30 Dublin locations
5 months ago
It will cost "tens of millions" to rebuild HSE IT system following cyberattack
Next Page