It's hugely exciting for us

The Mobile World Congress was cancelled due to fears over the Coronavirus, but that didn't stop Huawei from unveiling a host of high end upgrades to their most ambitious products via a virtual press conference streamed on Monday afternoon.

Among them was the new and improved Mate Xs, which provides an 8-inch bending display that turns it from an Android 10 phone (with EMUI 10.0.1) into a tablet. 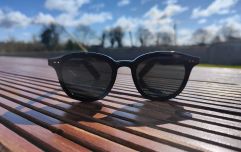 END_OF_DOCUMENT_TOKEN_TO_BE_REPLACED

And folks, the seam on it is barely visible when unfurled.

While Huawei did not have last year's Mate X for comparison, there are two major tweaks which address key areas of concern and should provide users with some reassurance that it's durable enough to survive daily wear and tear.

END_OF_DOCUMENT_TOKEN_TO_BE_REPLACED

The first of which is what Huawei call a "quad-layer" construction for the screen to increase robustness. It involves two polyamide layers stuck together, a flexible OLED display and finally a polymer layer to help cushion and absorb impacts.

Next is the hinge which Huawei says has gone from 100 parts and components up to 150, and should be that little bit sturdier than the previous version and will, Huawei hope, hopefully reassure customers that this foldable phone will last the distance. 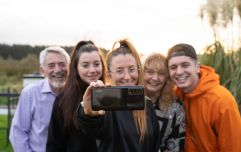 END_OF_DOCUMENT_TOKEN_TO_BE_REPLACED

However, because Huawei is still on the US trade black list, it will ship without Google’s version of Android or its apps, services or the Play Store.

The Mate Xs launches globally next month and Huawei also announced the P40 Pro will launch on 26 March in Paris.

Other new and upgraded devices announced on Monday include the Matebook Pro which is Huawei's answer to the iPad Pro.

The Chinese company is also updating its MateBook X Pro with Intel’s 10th Gen processors and they're adding a green colour action.

popular
Netflix has just added 33 very big movies to its library
The long-awaited MetroLink is finally happening, for real this time, honest
The full list of cancelled flights in and out of Dublin Airport on Monday (so far)
Waterford man sentenced to three months imprisonment for operating "cruel and illegal" puppy farm
Irish man rescued after he went missing for three nights in New York swamp
QUIZ: Can you guess the crisps from the pixelated packet?
REVIEW: Thor Love and Thunder is equal parts fun and blunder
You may also like
3 months ago
JOE Gaming Weekly - We try out a new cutting edge gaming TV
7 months ago
COMPETITION: Getting your hands on this brand new Huawei Matebook X Pro couldn’t be easier
1 year ago
Huawei to create further 110 jobs in Ireland
1 year ago
REVIEW: The Huawei FreeBuds Pro
1 year ago
Hands on with Huawei's best smartwatch, the Watch GT 2 Pro
1 year ago
OPPO to launch in Ireland with the Reno4 series
Next Page