What effect is Instagram hiding likes having on users, brands and influencers?

Following Instagram's recent decision to hide likes on photos in Ireland, we're asking whether influencers have felt the effects.

A recent report from the Royal Society for Public Health found that Instagram was the most damaging social media platform, in terms of the effects it can have on users' mental health.

It's easy to see why. Making constant comparisons between your own body and that of people who are literally paid to be beautiful is never going to end well.

END_OF_DOCUMENT_TOKEN_TO_BE_REPLACED

If the grass is always greener on the other side, well on Instagram, the grass is perfectly tanned and always going on all-expenses paid trips to Ibiza.

Recently, Instagram have attempted to combat the mental health issues mentioned above by hiding likes, so that you are the only person who sees "how well you've done", so to speak.

It might make a difference, it might not, but it's good to see an effort being made either way.

Likes have become currency for people whose careers and livelihoods rely on Instagram. Speaking to JOE, Brendan Kelly, a professor of psychiatry in Trinity College said: "In other words, clicks and attention are now as important as money.

END_OF_DOCUMENT_TOKEN_TO_BE_REPLACED

"We should spend these wisely, as we do our money."

"Most human unhappiness results from people comparing themselves with other people," Kelly added.

But what about the people who will be directly affected by the changes, the Instagram influencers themselves, whose careers rely on brands noticing their performances on Instagram.

What has the change meant for them? 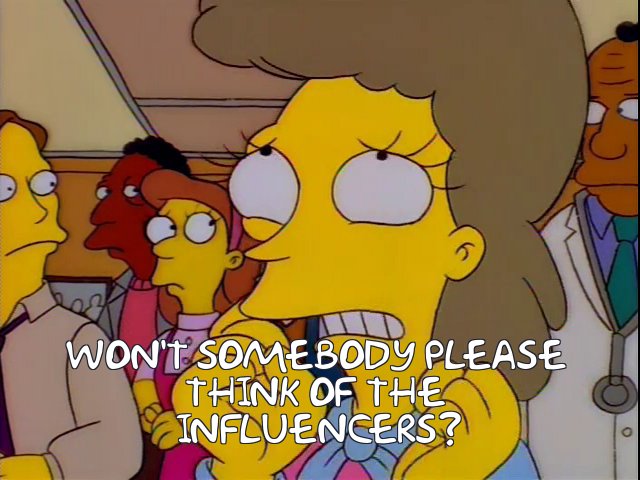 END_OF_DOCUMENT_TOKEN_TO_BE_REPLACED

Rozanna Purcell is one of Ireland's most prominent Instagram users, and she has been extremely vocal about the benefits the decision to hide the likes could have.

When news broke about the potential change, Purcell went into detail on why she felt it was a good call.

She said: "I for one think it would make this place a far better one. The idea is to hide users' likes on content from the public (so only the person posting can see their engagement).

"I get so many messages off young girls who see Instagram as a measure of their worth and a place of comparison on every level, particularly popularity."

The future of Instagram! I'm going to link this article on stories but after the F8 developer conference Instagram said they will start testing out a new way we see Instagram and I for one think it would make this place a far better one. The idea is to hide users likes on content from the public( so only the person posting can see they're engagement). I get so many messages off young girls who see Instagram as a measure of their worth and a place of comparison on every level particularly popularity. They hope it will get users to start posting more real and enjoyable content rather than posting things they think people will engage with. What do you guys think?

A number of Irish influencers have said that the change has had a positive impact, with people now posting whenever they want, rather than just at "peak times".

Irish fashion influencer Jordan Harding, who has worked with major brands like Boohoo, says that she has seen nothing but a positive impact since the change was made.

Speaking to JOE, she said that it has resulted in Instagram becoming "a less pressurised environment for everyone, including influencers".

But brands do still need to know how well an influencer's posts are performing before deciding to work with them, and they still have their ways of finding out.

So even though we can't see how many likes they're getting, rest assured that if a major brand wants to know, they will get the information.

Another change about to impact on influencers is the increased importance of Instagram stories.

Social Native founder and CEO David Shadpour recently spoke to CNBC about why this change could also be key for Instagram users: "The goal of Facebook and Instagram is to push users to Stories, since they believe the future is in short form videos, not static images or the News Feed.

"By reducing the focus on likes as an indicator of success, creators will have more creative control — focusing on content and transitioning their content towards video.

"With that shift, metrics will also have to shift. Time spent on the platform, engagement, views and other metrics will prevail as KPIs."

Instagram hiding how many likes users get is currently still just a trial phase, but it seems as though there's no real downside to it, and any social media platform that places less of an importance on self-worth and competition is an improved one.

It's quite refreshing to see such a massive social media page at least try and make a change for the better, especially in an era where so many have called on Facebook and Twitter to make some important changes, to no avail.

popular
Wrestling legend Hulk Hogan 'paralysed from the waist down'
Police special operations unit seize mother's e-scooter after she took child to school on it
Omniplex Cinemas are hiring for an awesome and very rare job
Prime Video has just added one of the best dramas of the last decade
Richard Madeley apologises after calling Sam Smith 'he' and bungling guest's pronouns
An extremely tense true crime drama is among the movies on TV tonight
Parents left in shock after gorillas start mating in front of kids at zoo
You may also like
1 month ago
People are warning others about using new AI selfie app
1 month ago
18 very affordable gifts for your aul' fella or brother this Christmas
3 months ago
Elon Musk set to take over Twitter after completing $44 billion purchase
4 months ago
How Twitter is changing gaming as we know it
4 months ago
WATCH: Apple's iPhone 14 event featured some creepy teases for Severance Season 2
6 months ago
Instagram walks back on recent changes that you all hate
Next Page