End of an era.

Apple's iconic iPod Touch has been discontinued, spelling the end of an era for the device.

The device that began as an essential distraction for any long trip, and then ushered in the start of the smartphone era will no longer have new iterations each year.

END_OF_DOCUMENT_TOKEN_TO_BE_REPLACED

Previous versions of iPod such as Shuffle, Nano, and Classic have been discontinued for a number of years, but the iPod Touch had persevered as an alternative to the iPhone.

Apple announced the move to cease development of new iPods on Tuesday (10 May).

“Music has always been part of our core at Apple, and bringing it to hundreds of millions of users in the way iPod did impacted more than just the music industry — it also redefined how music is discovered, listened to, and shared,” said Greg Joswiak, Apple’s senior vice president of Worldwide Marketing.

“Today, the spirit of iPod lives on. 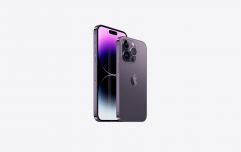 END_OF_DOCUMENT_TOKEN_TO_BE_REPLACED

"We’ve integrated an incredible music experience across all of our products, from the iPhone to the Apple Watch to HomePod mini, and across Mac, iPad, and Apple TV.

Apple have said that the latest version of the iPod Touch is still available to buy in stores, but only "while stocks last".

The iPod was first released in October 2001, with a 5GB hard drive that boasted it could hold over 1,000 songs.

END_OF_DOCUMENT_TOKEN_TO_BE_REPLACED

As technology improved, iPods developed year on year, with the ability to watch videos on the go implemented in 2005.

The device can also be given credit as a factor for the popularity of podcasts today, allowing listeners to download episodes of their favourite shows and listen on the go.

It's estimated that the iPod sold over 450 million units since its introduction.

popular
Steve-O says he cannot save 'dying' Bam Margera in emotional online post
Spielberg's best movie is among the movies on TV tonight
Netflix has just added one of the funniest shows of the last 10 years
Missing mother's children 'cried their eyes out' after they were told 'mummy's lost'
One of the best thrillers of all time is among the movies on TV tonight
Couple decide to live on cruise ship permanently after finding it's cheaper than paying mortgage
Netflix unveils first details of new anti-password sharing measures
You may also like
3 months ago
Apple Music removes Kanye West's Essentials Playlist
3 months ago
Apple TV+ has announced its first ever price increase for Irish customers
4 months ago
WATCH: Apple's iPhone 14 event featured some creepy teases for Severance Season 2
4 months ago
Brazil bans iPhones sold without chargers and fines Apple over $2 million
5 months ago
Apple warns of serious security issues with iPads, iPhones and Macs
6 months ago
The 11 best movies you can only watch on Apple TV+
Next Page