JOE gets a sneak peek at epic new game Beyond: Two Souls

Last week JOE went along to get a sneak peek at exciting new title Beyond: Two Souls and chat with the game's producer Guillhaume de Fondaumiere

First things first, before we get down to the nitty gritty on this game, we got a look at the trailers and a presentation from producer Guillhaume de Fondaumiere, and our first impressions are that this game is going to be absolutely groundbreaking. As with Heavy Rain, it takes some getting used to when it comes to the controls and learning how to interact with your environment, but it is hugely cinematic.

What Guillhaume was keen to point out is the sheer amount of work that has gone in to making this title. While next-gen can make the graphics better (this game is still absolutely visually stunning, in particular thanks to the fact that Willem Defoe and Ellen page have given their acting talents to the title) it can't fix the problems with writing that many games have. The script that David Cage produced was around 2000 pages long, and features nearly twenty different endings.

END_OF_DOCUMENT_TOKEN_TO_BE_REPLACED

Something else which is unique to this game is that its non-linear, but not in the way that we know it. Not only is it going to be chronologically out of order (jumping from scenes where you're an adult to where you're a teen and then to where you're a child) but the choices are organic. An anecdote that illustrates that is the fact that when they performed user tests, one gamer said that he didn't think the game had that much choice in it, and he was a little bit disappointed by that. 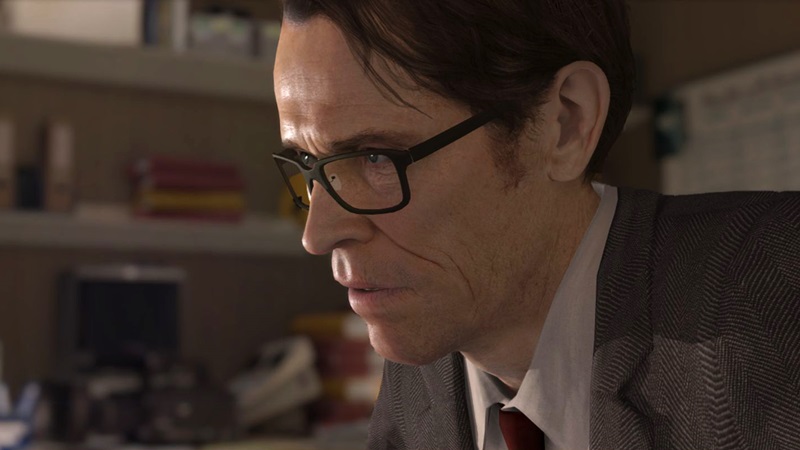 However, when the group sat down to start discussing their experiences, and someone started talking about a particular scene that they'd played in a bar, he piped up and said "I didn't have that scene". So a discussion began regarding the game in general, and it turns out that choices he had made totally changed the path of his game, and very few of the players within the user circle had actually had the same experience when playing.

Another really interesting development is the fact that this game will also come with an app, so you can control the female protagonist Jodie Holmes, and Aiden, the spirit that has been with her since birth, using either the controller or the mobile app. This allows casual gamers to jump on the app and have a go, without having to master what can be a daunting controller.

END_OF_DOCUMENT_TOKEN_TO_BE_REPLACED

With all of this in mind, we sat to chat with Guillhaume (well that should be Sir Guillhaume of course, as he was made a knight in France's National Order of Merit) about this game, where things are going on the next-gen consoles, and the importance of video games in today's world.

JOE: You've had an interesting path into gaming, you started very young and on one of your first projects you worked with Paulo Coelho (author of The Alchemist), that's a bit unusual!

Guillhaume de Fondaumiere: That's true, but I got interested in games because I thought it was a medium that was still pretty new and there was so much to be done. I thought, and I still think, that it's a medium that is fantastic for telling stories, for cultural expression.

At the beginning I saw my job as a producer as making a bridge between different forms of expression, which is why I tried to get authors involved, people from the world of comic books and graphic novels, I wanted to try and create something really interesting and try to get people that come from other spheres to help in creating and crafting the game.

END_OF_DOCUMENT_TOKEN_TO_BE_REPLACED

With that the challenges were pretty clear from the outset, because telling a story in an interactive way is not easy. I feel like I've been following this process since the beginning, and one of the reasons I joined Quantic Dream was because I could see that David Cage was beginning to find the answers to some of those questions that I had been asking about combining story and interactivity.

JOE: That interactivity is certainly something we saw when we played the game, how much of a challenge is that to create from a designer's point of view?

GdF: It's an incredible amount of work, because there still aren't a lot of people who are capable or able to visualise an interactive story. We've got David Cage at Quantic so we're lucky, and slowly but surely we've built a small team of designers around him that are able to work with and help his vision come to life.

JOE: So how do you actually put together a game like this where there are over twenty alternate endings? Do they sit and write twenty different stories?

GdF: For now, no, we're not at that stage yet! I wish! Our stories are pretty much written from beginning to end by David, some of the side quests and other parts are contributed to by other members of the team, of course. However, for him, it's nearly 15 months of pure writing day in and day out to come up with a 2000 page script, that the entire team then works on. It's a lot of work.

GdF: Next-gen is not going to resolve the challenge of writing something like this. What will help is the fact that with releases like Fahrenheit and Heavy Rain we're getting known outside the realm of video games, and getting people from more diverse backgrounds in, wooing talent to the studio that can creatively contribute to the stories. These people come on board and work with David learning how to integrate interactivity into their writing, and that's moving things forward. Next-gen will offer us possibilities though, apart from just the graphical capabilities. The social element and the embedded possibilities for social interaction that the next-gen bring are the most intriguing for me. It's another layer that we have to add to our creations and the kinds of games that we make certainly have to head in that direction I believe. 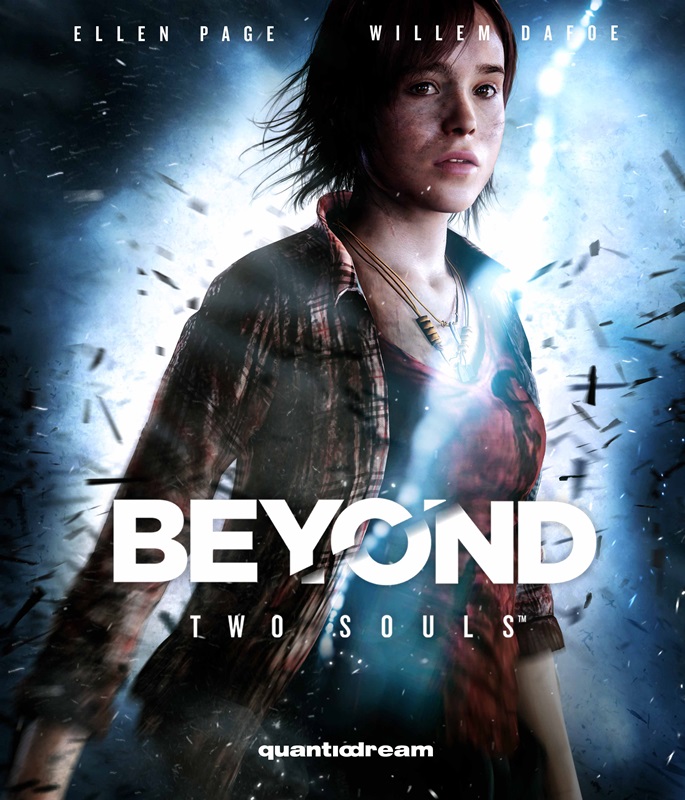 JOE: You've often spoken in the past about your belief that games are hugely important as cultural artefacts, both in terms of the positive and negative press they get

GdF: For many years I've been an advocate of the belief that games can be a form of cultural expression. What I mean by that is that more and more creative people are looking to express themselves through this medium, which means that we're at a very interesting juncture for video games right now.

People now, especially young people, are thinking that they want to express themselves not through a book or through a movie but through a game, in an interactive manner and give people the possibility to interact with what they have to say. I think that's very interesting, and I hope that more and more games will be recognised as a legitimate form of cultural expression.

Like any form of expression that's relatively new however, we've been under attack. Often we in gaming are seen as being the root of all the evil in the world and that the violence in our games creates violence in real life, which no serious study has ever shown, of course, but nonetheless, like rock and roll in the 1960s and like comic books in the 1980s, today it's video games that are branded as bad for teenagers and kids in particular.

On the other hand we have to take our responsibility more seriously when it comes to this, and I do think we should ban gratuitous violence in our games, it's completely unnecessary.

JOE: For our readers who have played Heavy Rain, they'll recognise some similarities but on a bigger scale here, what's the thing that you think stands out the most in Beyond: Two Souls?

GdF: What I'm most proud of is that we've managed to create an experience that's compelling for both gamers, those who have been playing for many years, and non-gamers. We've enabled them to jump in and have a go, not only can they look over the shoulder of the person playing the game, but they can actually get involved and play. I think that's quite an achievement from us. 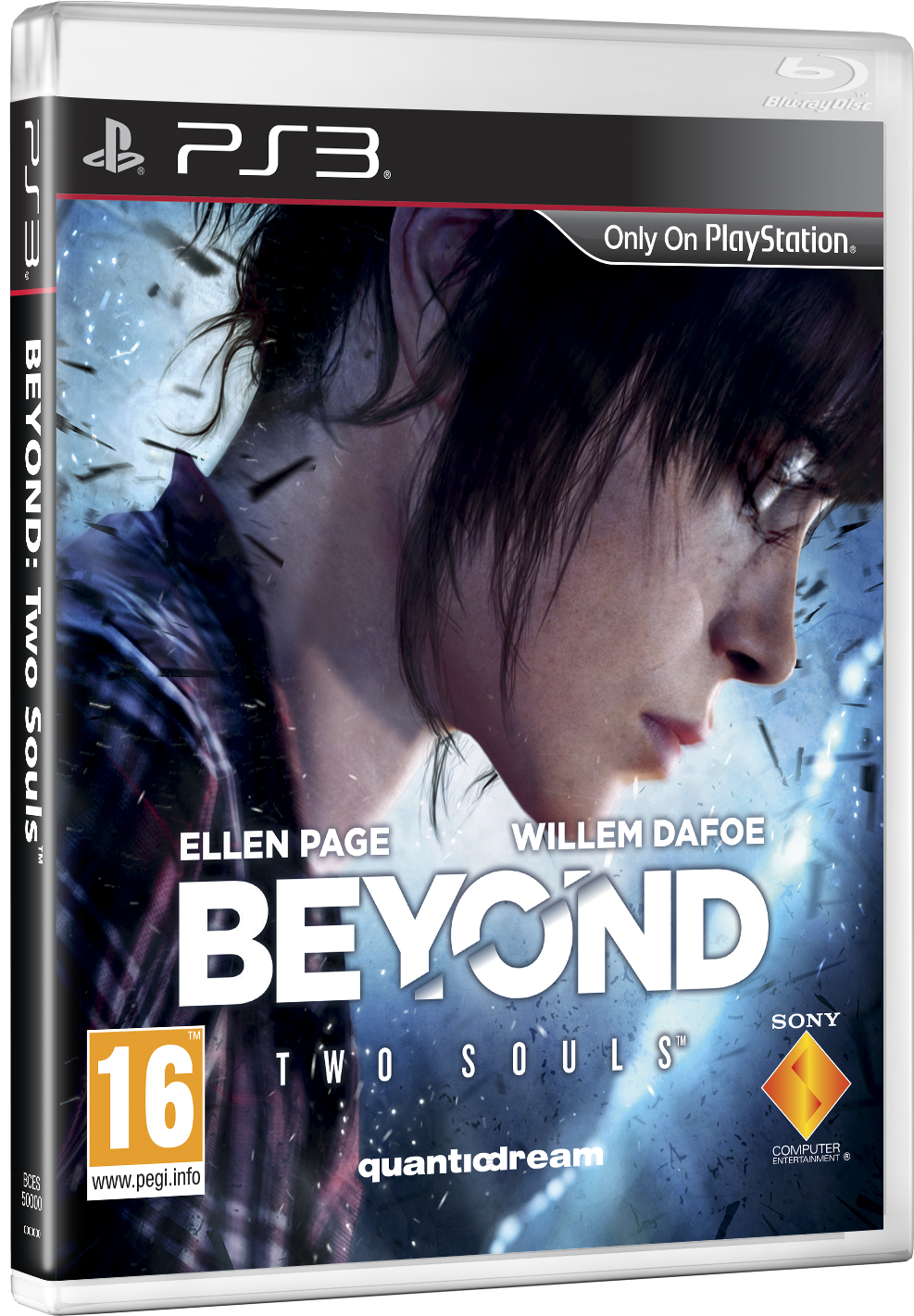 popular
Netflix has just added one of the funniest shows of the last 10 years
Spielberg's best movie is among the movies on TV tonight
Steve-O says he cannot save 'dying' Bam Margera in emotional online post
Missing mother's children 'cried their eyes out' after they were told 'mummy's lost'
One of the best thrillers of all time is among the movies on TV tonight
Couple decide to live on cruise ship permanently after finding it's cheaper than paying mortgage
Netflix unveils first details of new anti-password sharing measures
You may also like
4 hours ago
The free subscription games coming to PlayStation and Xbox in February
2 days ago
New PlayStation 5 ad may have just teased top secret Uncharted 5
6 days ago
The Last Of Us Part III and Uncharted 5 updates given by games creator
6 days ago
Dead Space 2023 improves upon a modern horror classic
1 week ago
Forspoken breaks the golden rule of gaming... and not in a good way
2 weeks ago
PlayStation reveal the 10 most-downloaded free-to-play games on PS4 and PS5
Next Page