If you’ve ever played an online game then you’ve probably come across the odd troll or ‘griefer’, AKA the 14-year-old who claims to have had relations with your mother. You know the type...

No matter what game you play, or where you play it, trolls pop up time and time again, but there’s one Irishman on a mission to change that.

END_OF_DOCUMENT_TOKEN_TO_BE_REPLACED

Shane Mooney, 24, from Dun Laoghaire in Dublin is about to launch a new safe online gaming service, Eircraft, aimed to provide a troll-free environment where gamers can learn, share and interact with one another without worrying about getting grief from someone they don’t know. 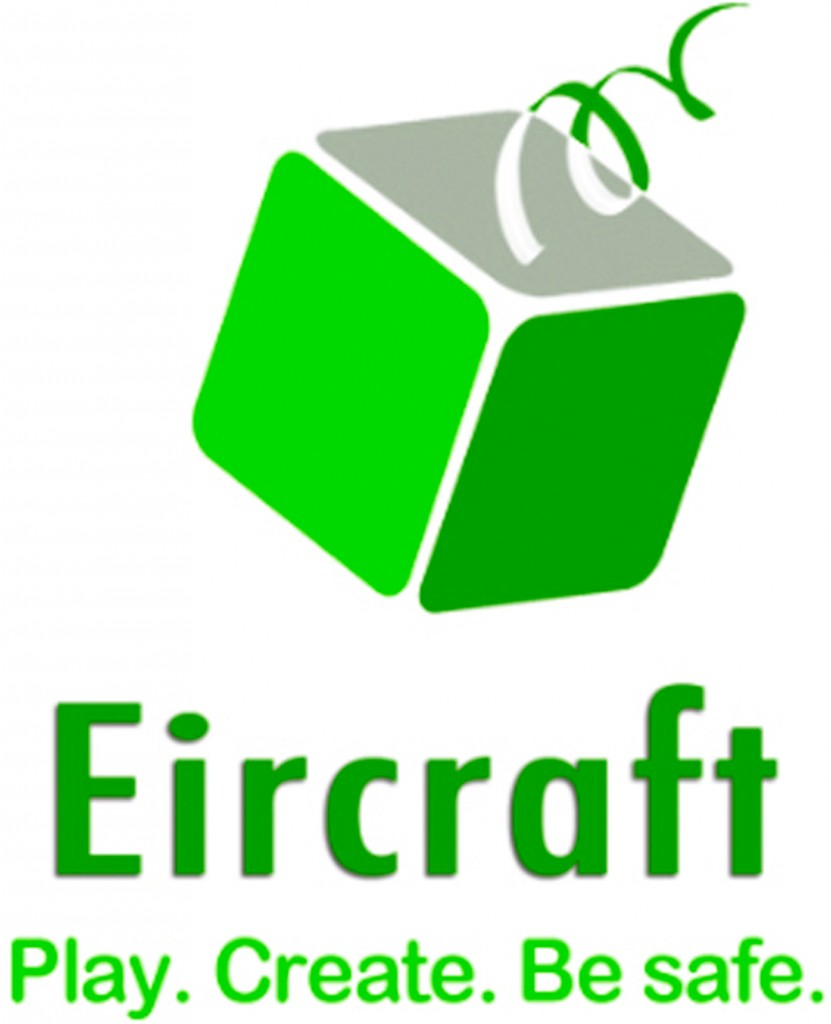 There’s also a health aspect to Shane’s mission, as he knows all too well the dangers of being inactive for too long. Last August, Shane suffered a series of health problems, which eventually culminated into several blood clots.

He has said this was partly because he was spending a lot of free time playing games and so the Eircraft servers takes the health aspect of gaming into account. 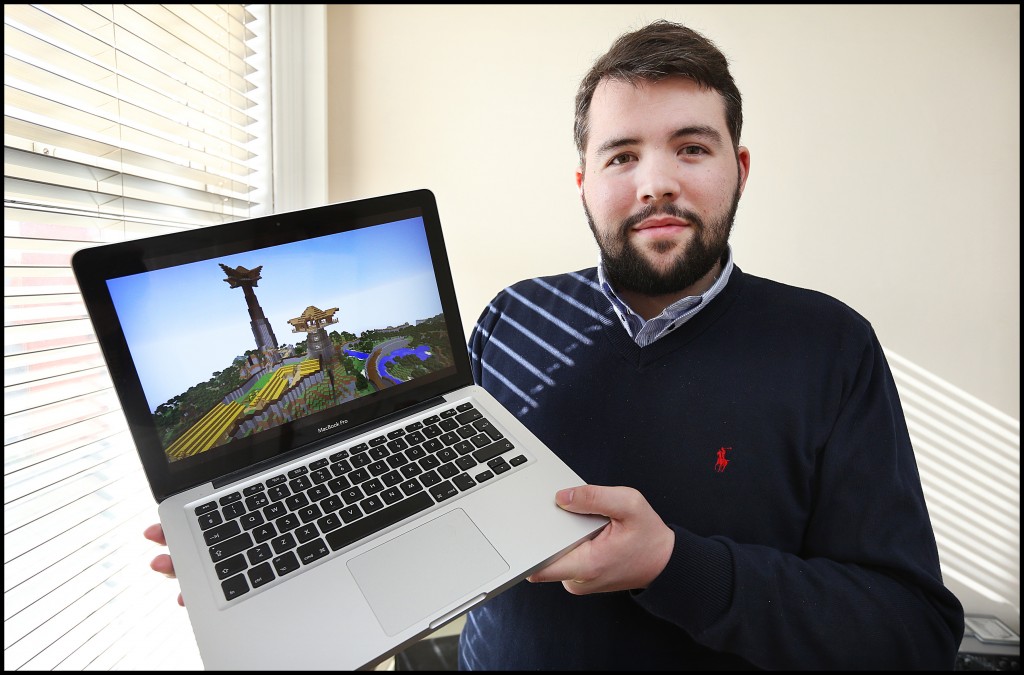 Recently, JOE had a chat with the man himself to find out more about Eircraft and how he aims to help gamers with the online service...

JOE: What exactly is Eircraft? Who can get involved?

END_OF_DOCUMENT_TOKEN_TO_BE_REPLACED

We limit the amount of time that can be spent on our games server each day, which means parents can keep track of their children’s gaming time. 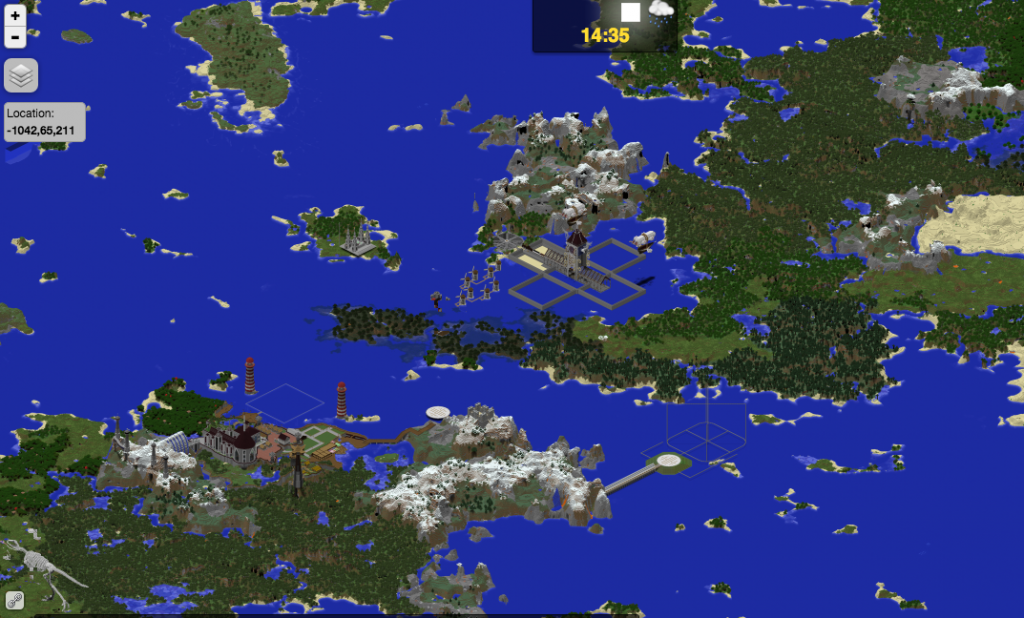 We also provide interactive and educational projects, which help new and already existing  players to meet, form new friendships and be part of a team-building exercise. We’re open six days a week and we only open the server after school ends for the day. We  are open for longer on weekends and during holidays.

We will also host drop‐in sessions every couple of weeks, which allows players subscribing to  Eircraft to meet offline and socialise in themed workshops. It also means that parents  can meet other parents and it also gives everyone the chance to meet the Eircraft team in person.

END_OF_DOCUMENT_TOKEN_TO_BE_REPLACED

JOE: What games are you currently running and for what ages?

Shane Mooney: For our first server we will be running the hugely popular game Minecraft for ages 12 and below. As we grow, we will expand our service to cover multiple age categories and  even more popular games titles. 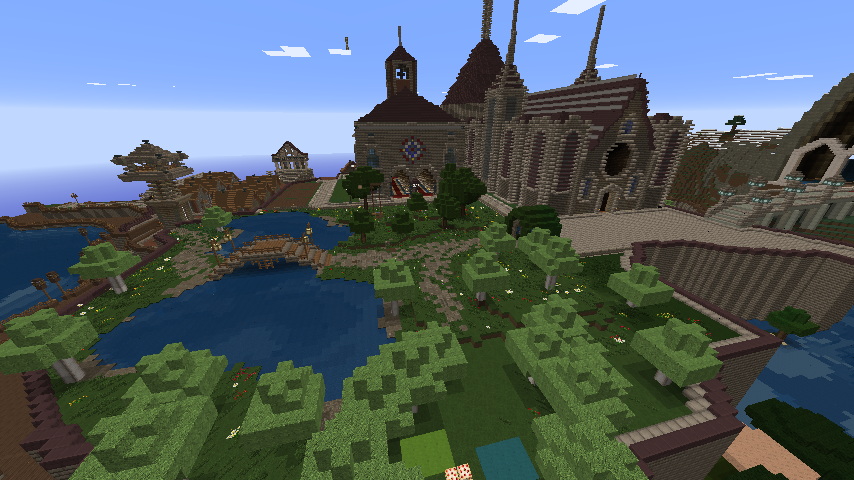 Our service is scheduled to launch on May 24th 2015. For our launch we have planned  unique Minecraft workshops. The workshops that we will be providing throughout the day are open to reservation now and will require participating players to have booked in advance.

Parents can book online through our temporary website: www.eircraft.wordpress.com.

Starting from May 25 and running until June 25, everyone will get a 1-month free trial of Eircraft.

After June 25 the Eircraft service will be €10 per month.

JOE: How many people are involved?

Shane Mooney: The Eircraft Team currently consists of 5 highly-motivated individuals, each operating a different aspect of the business. We are still looking to expand our ranks, to find staff and volunteers for Eircraft. 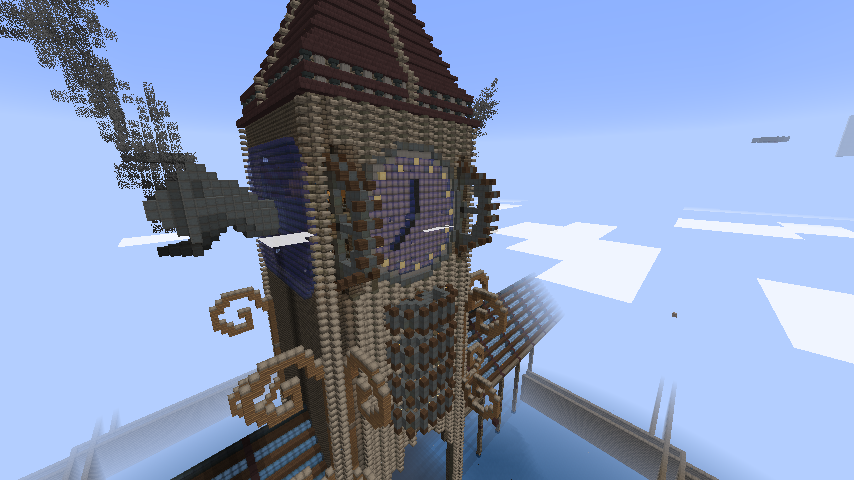 JOE: So what was your background before setting up Eircraft?

Shane Mooney: I'm an independent professional with a background in games, electronics, sound and multimedia.

I have worked in and have been a part of the management team at various Irish festivals, worked alongside many well-known musicians and have been heavily involved both personally and professionally in the games industry for the past decade.

JOE: So why did you choose to go into the video game market?

Shane Mooney: When I was not dedicating my time to a project, I was playing popular and indie video games, so much that I became quite good and turned pro for a number of years. At one point I had reached the rank of 3rd in Europe.

It was through online video games that I became aware of trolls/griefers/online bullies. I have always been highly passionate when it comes to video games and the industry and that is why I created Eircraft. 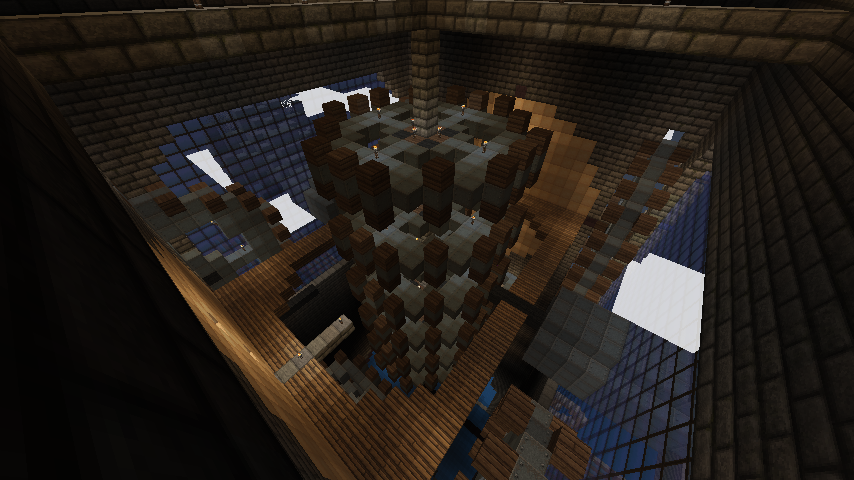 I wanted to deal with the issue head on and create a community that would be able to create, share and interact without the presence of these bad elements.

JOE: Is it difficult to stand out from the crowd?

Shane Mooney: Certainly, as all new start‐ups know, it is extremely difficult to get your name out there, especially when you’re new to the market.

JOE: What is your biggest goal that you’d like to achieve with Eircraft?

Shane Mooney: We want to create the biggest community for safe online gaming in the world. We want to promote a healthy gaming lifestyle, to provide a place where young gamers feel safe and are encouraged to express themselves without the dangerous inclusion of griefers/cyber bullies. 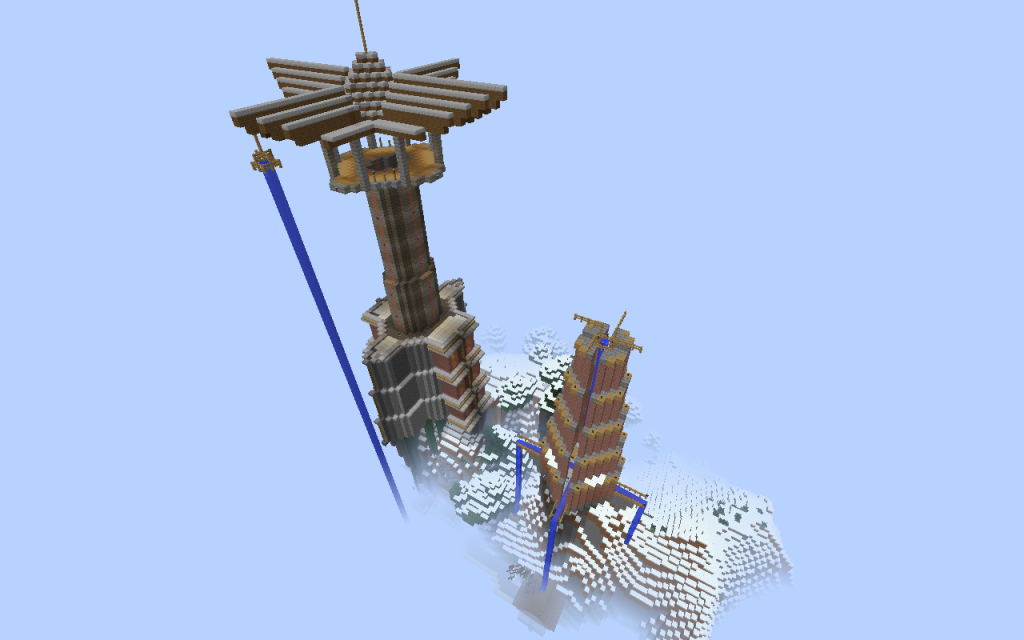 JOE: What has been your biggest barrier since starting up Eircraft?

Finding a team that can see your vision from their own perspective and see how it can work  over time and dedicate themselves to the business without a guarantee that it will become  successful.

Using social media can only go so far to promoting a new start‐up. When it comes down to  hard advertising, everything costs cash. Raising funds to support these costs can be hard.

JOE: Have you had many mentors? What has been the best advice they've given you?

Shane Mooney: Definitely. Family and friends are one of the biggest supports I have had since starting the business. 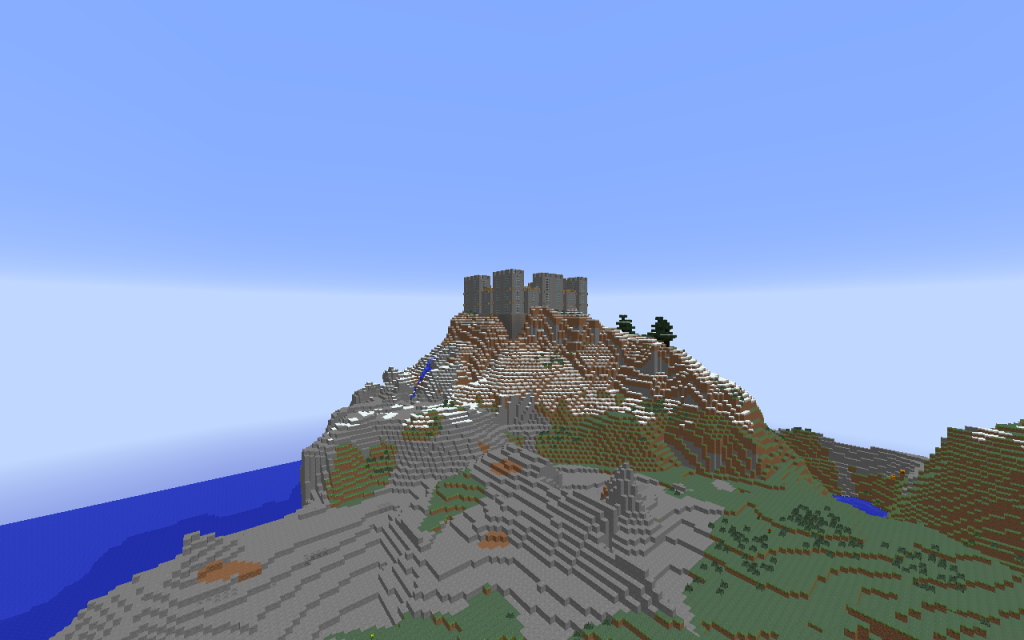 The main point that I have learnt to abide by is very simple and it took me a while to give in to; “never to try and do it all yourself, you will limit your progression and slow your businesses development. Find a team that shares your vision and always communicate objectively”.

JOE: What has been your greatest moment since starting up?

Shane Mooney: Our advertising campaign (if you could call it that) was quite small up until one month ago.

It all changed when a family member mentioned in a passing conversation with someone that I was setting up this business and had also mentioned my recent health scare being one of the reasons behind Eircraft. As it transpired that person was a journalist.

She passed on her number and I called her and gave an interview. That’s when the ball started to roll.

It’s more than I could ever afford or ask for. It’s been epic. 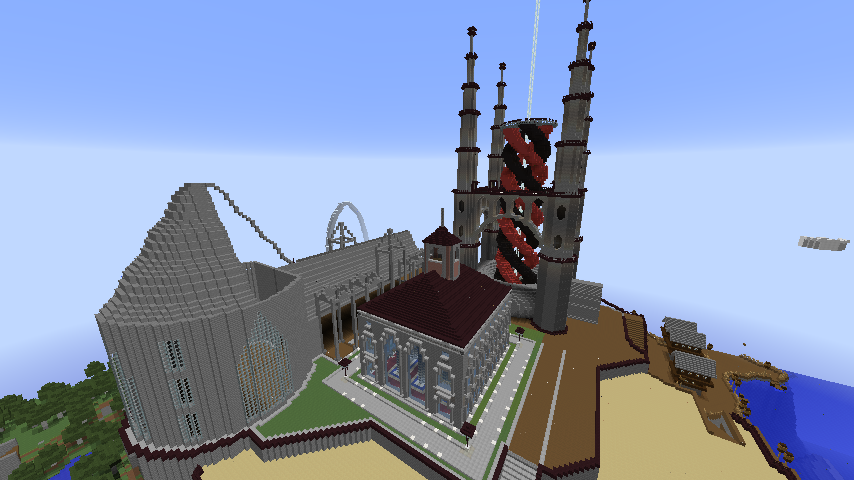 JOE: And what has your worst moment?

Shane Mooney: During mid to late August of last year, I developed a series of health problems which eventually culminated into several blood clots (DVT's) that continued to spread throughout my body even during treatment.

In order to remove these potentially fatal clots, I was put onto a regimen of blood thinners, which were so strong that even the smallest of falls could send me back to hospital.

Luckily we were able to catch it before it moved into an artery and the surgeons were able to remove the clots and now I am truly on the mend.

JOE: What are your three pieces of advice would you give to somebody starting off?

JOE: What’s your own favourite game?

Shane Mooney: Minecraft has to be up there as it is probably the game I have played the most over the last few years, either socially as a hobby or through workshops as part of arts programmes. 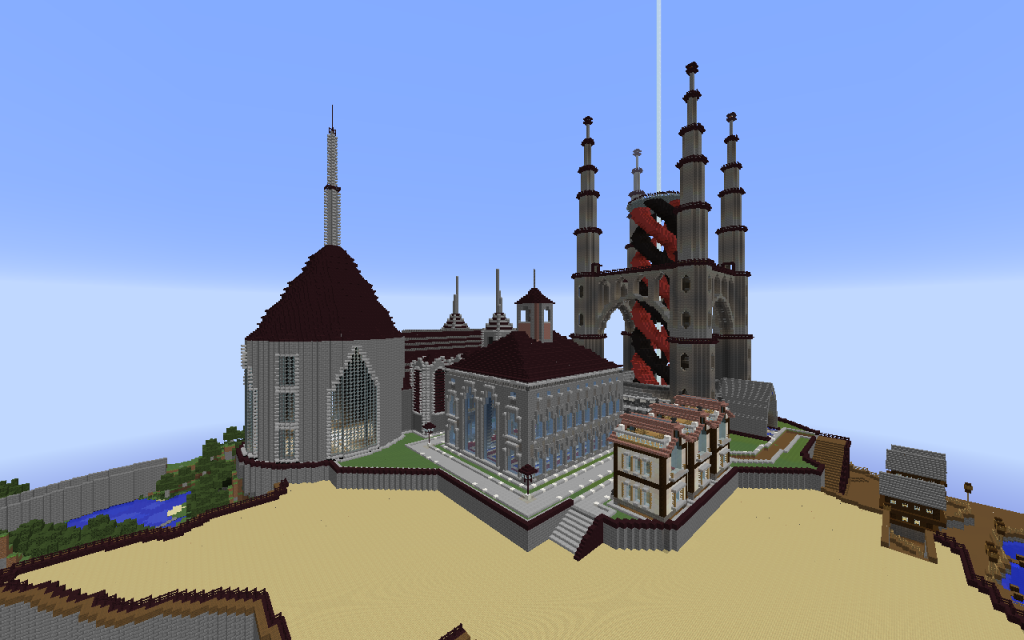 I can say that I have a professional working knowledge of the game and its inner workings, I can't say that for the other games I play.

JOE: Any cool Minecraft tricks that you can share with us?

JOE: We'll take your word on that one, until we try it ourselves. Finally, consoles vs. PC... Who wins and why?

Shane Mooney: PC will always dominate the gaming world. Not necessarily in sales, but in raw power.

The reasoning is simple: the current generation of consoles (PS4, Xbox One) have already been surpassed by a new generation of PC tech. Unlike the games consoles, PC hardware is constantly being upgraded and replaced. What takes a console generation 5 ‐ 7 years to upgrade takes the PC world 4 ‐ 6 months.

I personally play the majority of my games on console but that may change soon. 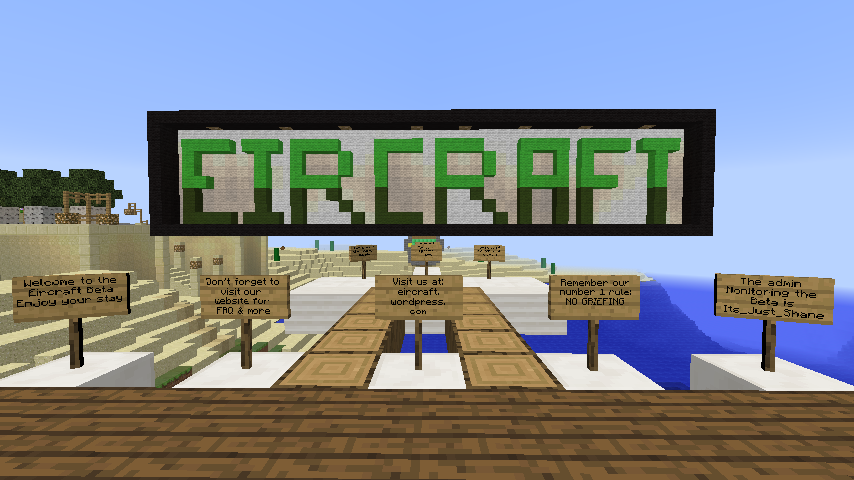 At present, the above mentioned games consoles seem to be holding their own alongside the serious power of PCs, although that being said, I have no doubt that PCs will quickly pull ahead as they have done with previous console generations.

What will be really interesting is when the other big players start releasing their consoles into the market later this year.

JOE: Thanks for taking the time to talk to us, Shane.

The Big Reviewski || JOE · The Big Reviewski with Ray Liotta, Goodfellas facts & Tom Hanks making us cry
popular
EU lorry drivers vow not to help UK get “out of the s**t they created themselves”
Netflix has just added arguably the very worst movie of the last decade
Four major employers join forces to create Ireland’s first remote working alliance
Up to 90% of petrol stations in the UK have run dry
Here’s what graduates from Irish colleges can expect to earn in the workplace
Plans for new bank holiday now at an "advanced stage"
Legendary metal band Tool announce first Irish show in over 15 years
You may also like
3 months ago
Taking a look at the seven huge games trailers that dropped this week
4 months ago
Returnal is either the best game or the worst game of 2021, depending on what type of gamer you are
5 months ago
New study shows Ireland among the world's top video game cheaters
6 months ago
WATCH: The first trailer for Aliens: Fireteam has arrived
10 months ago
Assassin’s Creed Valhalla review: The best in the series so far
10 months ago
PlayStation 5 review - A giant leap forward in video game consoles
Next Page