Everybody’s favourite tomb-raiding archaeologist is back once again in the re-mastered series reboot known as Tomb Raider: Definitive Edition.

The latest Tomb Raider video game was originally released back on March 5, 2013, but Tomb Raider: Definitive Edition, was only released earlier this year for Xbox One and PS4. So we’ve decided to take a look and see what you get from the latest Lara Croft game re-mastered for next-gen (we tested out the game on the Xbox One).

What sets the Definitive Edition apart from the other editions is the fact that it comes pre-loaded with all the DLC featured for the game so far (in-game outfits, bonus weapon ad ons, a new tomb to raid, and a new multiplayer character), along with better graphics for next-gen and added voice/motion control features. You also get a nifty little booklet that features “never before seen” artwork from the game, as well as a download code for 10 tracks from the new Tomb Raider soundtrack. So it’s definitely a ‘must have’ for the collectors out there. 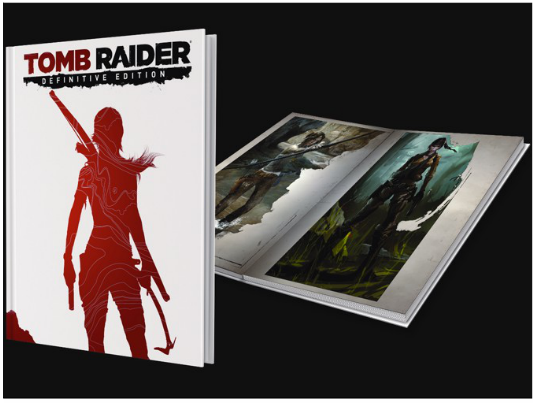 END_OF_DOCUMENT_TOKEN_TO_BE_REPLACED

Published by Square Enix – the same guys who brought us the Final Fantasy game, Hitman and most recently, Thief – Tomb Raider is the fifth title developed by Crystal Dynamics in the Tomb Raider franchise, but the storyline goes back to the start, establishing the origins of Lara Croft.

In the game, Lara is stranded on the island of Yamatai where she must escape with her friends and colleagues while being hunted by a ‘malevolent cult’ who call the island ‘home’. It's a gritty, exciting and incredibly graphic story, hence the 18+ certificate.

So what can you expect if you pick up a copy of Tomb Raider: Definitive Edition? Well, first and foremost you’ll notice the absolutely stunning graphics. The game has been re-mastered for PS4 and Xbox One consoles, which gives Lara and the environments around her a much more realistic look. It has truly been one of the first next-gen titles that has made us stop and stare at the visual beauty featured within the game before we’ve even started the first mission. 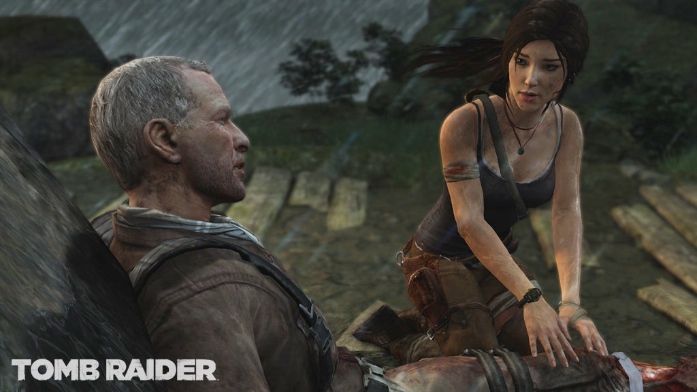 END_OF_DOCUMENT_TOKEN_TO_BE_REPLACED

As for the gameplay itself, Tomb Raider: Definitive Edition is the perfect game for perfectionists. Like us, you can (and probably will) spend hours searching around the various sections of the Yamatai map as you attempt to find the next hidden tomb or treasure.

The game also features the much loved ‘puzzle’ mini-games that feature throughout the Tomb Raider series and you’ll find elements of Uncharted and even Beyond: Two Souls within the game, so if those were your cup of tea, or if you’ve enjoyed Tomb Raider titles from the past then you’re sure to love this.

This latest addition to the franchise also features online multiplayer that was, in our opinion, okay… but not great. We didn’t play this too much as we found it hard to get into a game and even when we did it simply wasn’t that exciting. It might be worth a look once you’ve completed the story mode of the game, but we wouldn’t spend too much time on it otherwise.

END_OF_DOCUMENT_TOKEN_TO_BE_REPLACED

Apart from the multiplayer, the only thing we didn’t really like about the game was the new ‘voice’ and ‘motion control’ features that require you to say a command or use your hand via the Kinect (or PS4 equivalent) in order to move certain objects around for better inspection.

Maybe it’s just this particular JOE’s strong Irish accent, or maybe the Kinect was just having a couple of off days, but the voice control function just wouldn’t work for us. While the motion control function is cool, it quickly becomes nothing more than a novelty and you can use the controller just as easily to do what you need to do. Thankfully, both of these options can be turned off in the game’s setting menu, so they won’t affect your overall gameplay experience.

All in all, we absolutely loved Tomb Raider: Definitive Edition. From its compelling storyline, to its stunning graphics, it's a game that we would happily play until we’ve completed it 100 per cent. Don't forget, you can pick up your very own copy of Tomb Raider: Definitive Edition from out friends over at Littlewoods Ireland, who stock an entire range of games over on their website, Littlewoods.ie. 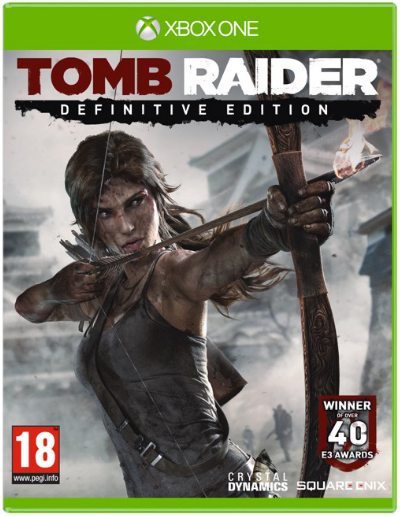 popular
Netflix has just added an incredibly tense 97-minute thriller
A great underseen action thriller is among the movies on TV tonight
The JOE Friday Pub Quiz: Week 307
Prime Video has just added 25 very big movies to its library
Anne Heche dies one week after car crash, aged 53
An exciting Irish crime thriller is among the movies on TV tonight
Thunderstorms and heavy rain to end Ireland's current heatwave
You may also like
4 days ago
Xbox testing new subscription plan in Ireland this month
1 week ago
The JOE Friday Pub Quiz: Week 306
1 week ago
JOE Gaming Weekly - Details of the new Tomb Raider game have leaked
1 week ago
The free subscription games coming to PlayStation and Xbox in August
2 weeks ago
JOE Gaming Weekly - Stray has the highest user-review score of 2022 so far
2 weeks ago
GTA 6 will reportedly be based on a modern day "Bonnie & Clyde"
Next Page