We’ve been cuffing crooks as cops and making off with millions as robbers for the past week in EA & Visceral Games' latest edition to the Battlefield franchise, Battlefield Hardline.

So we FINALLY got our copy of Battlefield Hardline back after lending it to The Viper last week (check out his hilarious review here) and decided to give it a go here in the office.

END_OF_DOCUMENT_TOKEN_TO_BE_REPLACED

As with the previous games from the franchise, Battlefield Hardline is split into campaign mode and online multiplayer.

The big difference with previous titles is that the campaign mode in Battlefield Hardline is designed to look like a TV series and sees you controlling Officer Nick Mendoza (below). 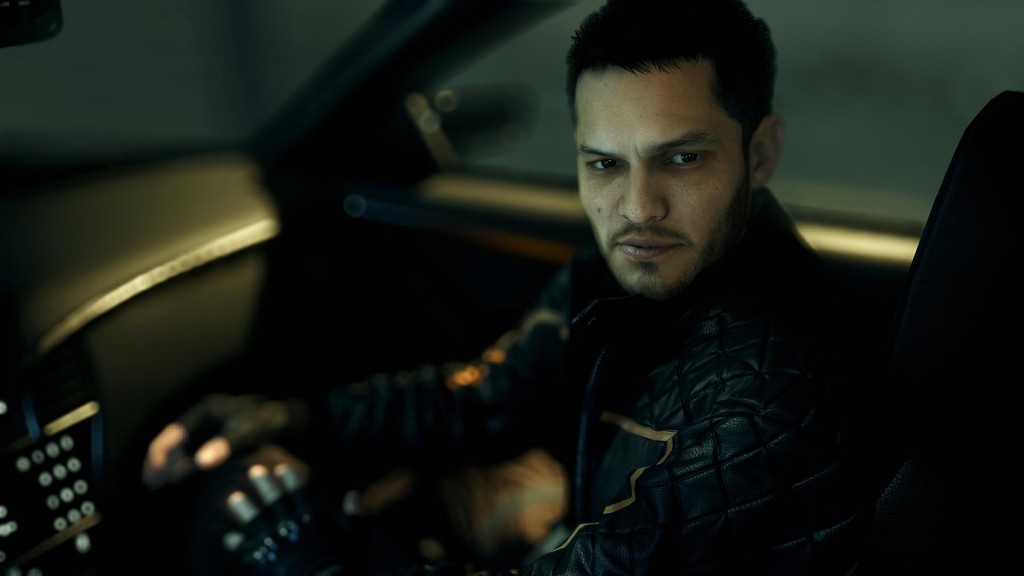 Think NCIS with hints of CSI: Miami thrown in for good measure in a game that features gameplay elements from the likes of Beyond: Two Souls and Murdered: Soul Suspect.

While we liked the idea of playing ‘episodes’ instead of ‘missions’ and having to search around for clues in various, often very bloody, crime scenes, we were a tad disappointed with some of the graphics and cut scenes in the campaign, considering this is a next-gen game.

That is not to say the graphics look terrible, but at times the end product simply looked rushed. 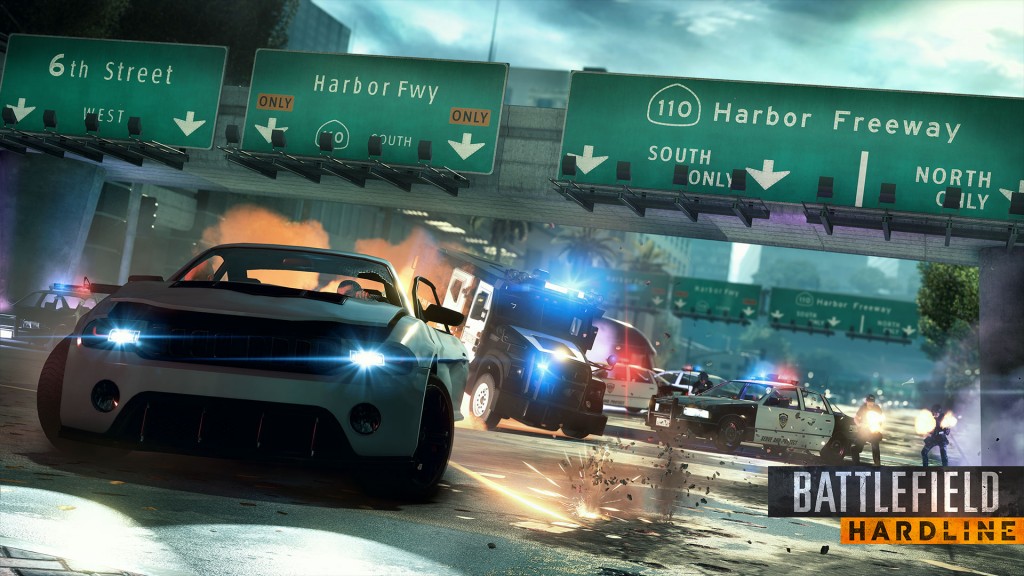 END_OF_DOCUMENT_TOKEN_TO_BE_REPLACED

By using ‘TV episodes’ instead of ‘missions’ the main storyline isn’t exactly linear, so on one hand there’s not a whole lot of time for character development to evolve naturally, but it does help to peak interest in what’s going to happen in the next episode.

In the campaign mode you can decide to go about your lawful duties in one of two ways: The stealthy way, or JOE’s favourite, all-guns-blazing. 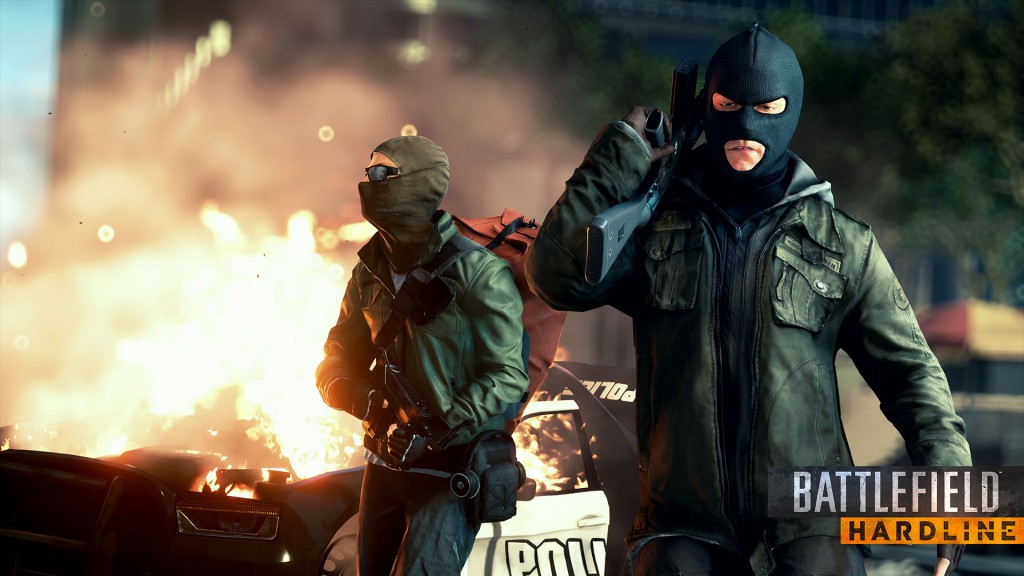 Unfortunately for JOE, taking the stealthy approach will help your weapon progression much quicker than shooting everything that moves.

Unlike most other games on the market (specifically GTA) the bad guys actually stop and respect the law at the sight of a badge. 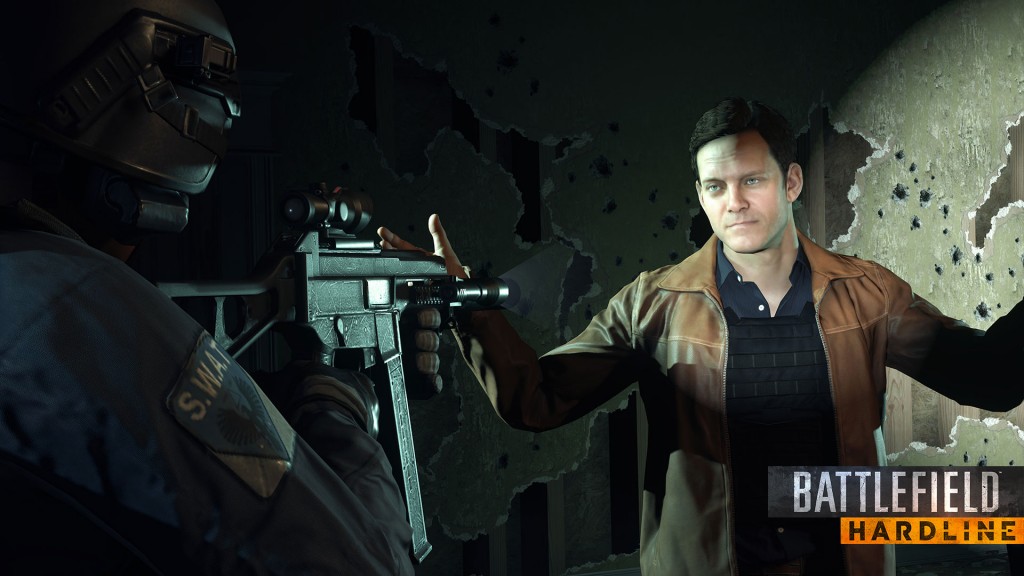 END_OF_DOCUMENT_TOKEN_TO_BE_REPLACED

This means with the use of stealth tactics, such as throwing bullet casings to distract your enemies or scanning the scene for potential targets/clues, you can actually complete most of the episodes without alarming anyone and without firing your weapon.

Surprisingly, this gave us a much bigger sense of accomplishment than simply pumping lead into our enemies and that's sure to appeal to fans of stealth games, such as the Splinter Cell or the Metal Gear series.

The same, however, cannot be said for the online multiplayer mode, especially in the fan favourite ‘Conquest’. Stealth is rarely your friend in that instance... 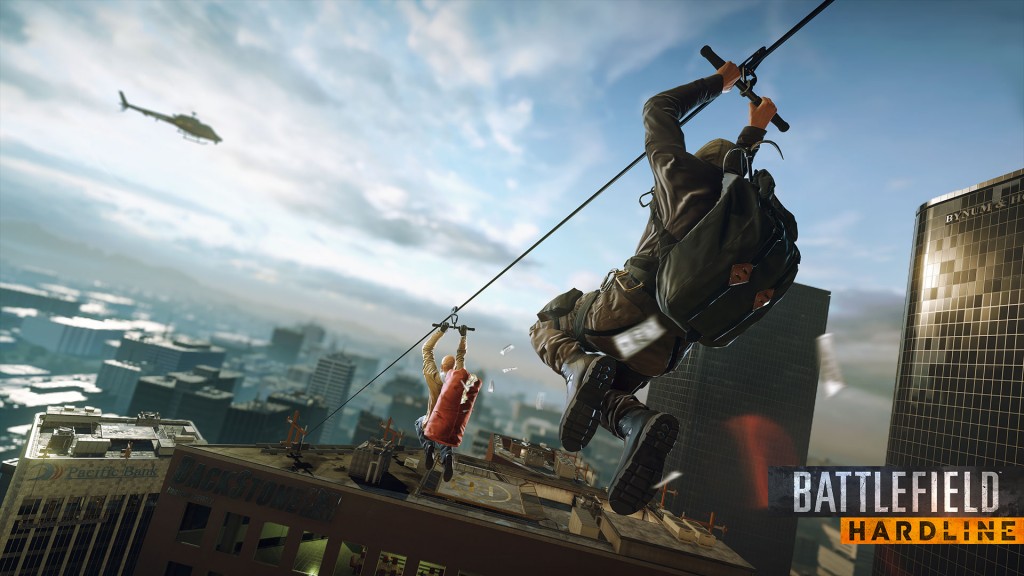 The online maps, of which there are 9 in total, are vast fitting a whopping 66 players at a time and there are plenty of hiding spots for snipers to sit and camp (case and point: The Viper), so taking the slow and careful approach just simply won’t work.

Sprinting from cover to cover is the only way stay alive for more than a minute and if you leave yourself exposed you’re going to end up paying the price. This makes for some seriously quick, action-packed gameplay that’s highly enjoyable. 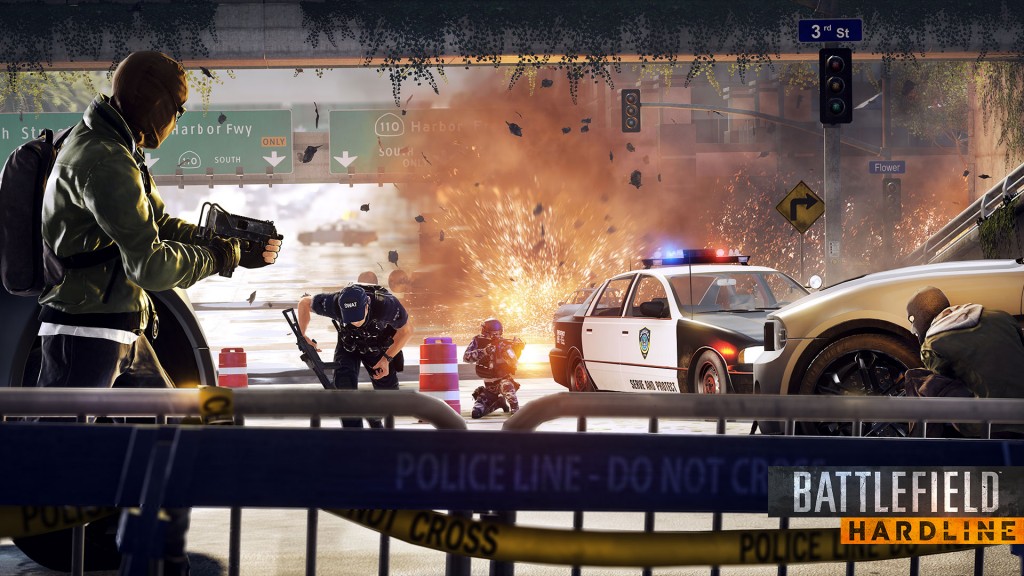 The various new online game modes - Heist, Blood Money, Hotwire, Rescue and Crosshairs - have proved to be extremely enjoyable even after repeated sessions.

Hotwire was undoubtedly our favourite as it is a face-paced action-packed race that sees you having to capture and hold moving vehicles.

This makes it impossible for campers to rack up big scores and it keeps the action flowing around the entire map. Check it out in the trailer below...

Overall, there is a lot to like about the game and not too much to complain about. We love the online mode and it has quickly taken over as our go-to shooter here in the office and, while we weren’t overly impressed with the graphics in the campaign, the story was entertaining and managed to keep us yearning to find out what happened next.

There’s something in Battlefield Hardline for everyone, whether you're a 'slow and steady wins the race' kind of guy or the gung-ho gun-slinger and it’s just as easy for newcomers to pick up as it is for Battlefield veterans, which is something that we found out for ourselves here at JOE Towers.

The Big Reviewski || JOE · The Big Reviewski with Y: The Last Man, that Malignant ending & a secret streaming service
popular
One of the best war films ever made is among the movies on TV tonight
The JOE Friday Pub Quiz: Week 261
The five "best places to live" in Ireland have been revealed
One of the better Liam Neeson action romps is among the movies on TV tonight
Liam Gallagher reveals facial injuries and claims he "fell out" of a helicopter
QUIZ: Flex your brain definition with this general knowledge quiz
The 50 most iconic songs of all time* have been revealed
You may also like
3 months ago
Taking a look at the seven huge games trailers that dropped this week
4 months ago
Returnal is either the best game or the worst game of 2021, depending on what type of gamer you are
4 months ago
New study shows Ireland among the world's top video game cheaters
6 months ago
WATCH: The first trailer for Aliens: Fireteam has arrived
10 months ago
Assassin’s Creed Valhalla review: The best in the series so far
10 months ago
PlayStation 5 review - A giant leap forward in video game consoles
Next Page