Documentarian Louis Theroux was just one of the victims of a Twitter hack that's aimed at highlighting security flaws in the popular social media site.

Messages appeared on several notable accounts with the words: “This account is now under the control of INSINIA SECURITY. Luckily, this has been H4CK3D to highlight an important vulnerability."

END_OF_DOCUMENT_TOKEN_TO_BE_REPLACED

The hackers said that they pursued this nefarious activity in a bid to highlight a weakness in how Twitter secures accounts using phone numbers.

The message that's posted adds: "The user of this account has not lost access to it, no data compromised and is not under attack." 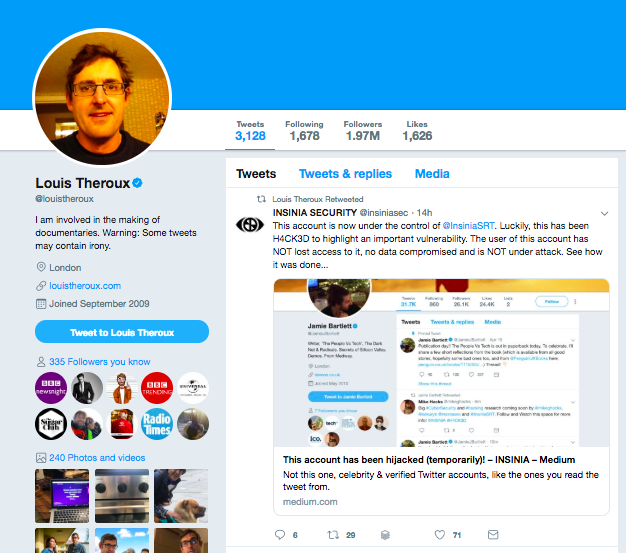 In a blog post, the hackers wrote that the vulnerability of Twitter could help “spread fake news and disinformation via influential celebrities and journalists” and “send direct messages to trusted contacts in the victims network to socially engineer people into clicking links that will install advanced malware to remotely control devices and monitor the users." 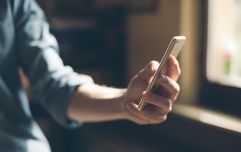 END_OF_DOCUMENT_TOKEN_TO_BE_REPLACED

It added that: “Twitter should completely remove this functionality as users rely on their phone added to account for two-factor authentication”.

Speaking with the UK Independent, Mike Godfrey, the CEO of Insinia Security, confirmed the reason behind the hacking, explaining: “Insinia have warned for years that using text messaging for authentication, interaction or security is totally unacceptable and leaves people vulnerable to attack."

Eamonn Holmes and other journalists have also had their accounts hacked.

popular
Netflix has just added 23 very big movies to its library
People want "offensive" Crown Paints advert banned after attracting hundreds of complaints
Disney+ has just added 10 big movies to its library
Human remains found in suitcases are the bodies of two children
A terrific '90s crime drama is among the movies on TV tonight
The 50 most iconic songs of all time* have been revealed
Why Bran Stark is the true villain of Game of Thrones
You may also like
3 months ago
Gardaí appealing for witnesses to fatal road collision in Louth
3 months ago
Ireland's first ever "Bar Manager Apprenticeship Degree" to launch this week
3 months ago
Gardaí appeal for witnesses following serious assault incident in Dublin
3 months ago
WATCH: Chaos unfolds in Israeli airport when a US family tried to bring bombshell back home
4 months ago
Gardaí appeal for witnesses following serious assault in Dublin
4 months ago
Man arrested after a woman is fatally stabbed in Antrim
Next Page