Is this good or bad news for the fans of the 16-bit game?

Minecraft creator Mojang and computing giants Microsoft have struck a deal to the tune of $2.5 billion (€1.9 billion). Mojang will join Microsoft not long after their tentpole game Minecraft became the most downloaded game on the Xbox live store.

For those of you who don't know, Minecraft is an open world game where you collect resources and craft objects and buildings. The games iconic vintage 16-bit graphics format has proven to be hugely successful with its audience, which varies from young to old across the globe. 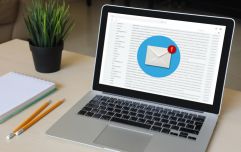 END_OF_DOCUMENT_TOKEN_TO_BE_REPLACED

This might not be the best news for fans of the franchise, however, as it is believed that the companies founders Markus Persson, Carl Manneh and Jakob Porser will be leaving...

Microsoft announced the acquisition today on their website through this video.

The Big Reviewski || JOE · The Big Reviewski with Dune, a mini-Hangover reunion & the best of Timothée Chalamet
popular
One of the best thrillers of the decade is among the movies on TV tonight
The full list of all the new shows and movies coming to Netflix in November
Vin Diesel walked Paul Walker's daughter down the aisle
The JOE Movie Quiz: Week 125
QUIZ: Get your thinking cap on with this General Knowledge Quiz
After a decade on the run, Colombia's most wanted drug lord is finally captured
The JOE Friday Pub Quiz: Week 266
You may also like
8 months ago
Microsoft to create 200 jobs in Dublin
11 months ago
Microsoft announce 200 new jobs coming to Dublin
1 year ago
Microsoft reveals what Xbox Series S looks like and how much it will cost
1 year ago
Microsoft's four-day work week in Japan resulted in 40% increase in productivity
2 years ago
Microsoft announces new foldable Surface Duo phone (but don't call it a phone)
2 years ago
All the best things you've missed from E3 2019 so far
Next Page