Could make for a good sixth year holiday.

NASA has announced that the International Space Station (ISS) will soon be open to commercial business as well as private astronauts.

The American space agency has said that private astronauts would be permitted to travel to the ISS for up to 30 days, travelling on US spacecraft. 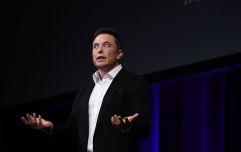 END_OF_DOCUMENT_TOKEN_TO_BE_REPLACED

Astronaut Christina Koch, who is currently one of the six astronauts based in the ISS, explained the purpose of NASA opening up the ISS to private citizens and companies:

"Enabling a vibrant economy in low-earth orbit has always been a driving element of the space station programme, and will make space more accessible to all Americans."

"Commercial companies will play an important role both here, in low-earth orbit, and around the moon, working with NASA to test technologies, train astronauts and develop a sustainable human presence."

.@Space_Station is open for commercial business! Watch @Astro_Christina talk about the steps we're taking to make our orbiting laboratory accessible to all Americans. pic.twitter.com/xLp2CpMC2x

Koch also noted that increasing private interaction with ISS will contribute to the US' current goal of landing a woman on the moon by 2024.

It is the long-term goal of the US government for the International Space Station to be privately owned, and to continue without public funding as soon as 2025.

popular
Landscapers is the ultimate true-crime murder mystery show
Carlow woman banned from keeping animals for life after starving dogs to death
Government advising schools and third level institutions to close in counties with orange or red weather warnings ahead of Storm Barra
"Danger to life" risk with Storm Barra "weather bomb", warns Met Éireann
Man dies after being attacked by newly calved cow in Mayo
Daniel Craig's best pre-James Bond film is among the movies on TV tonight
The JOE Movie Quiz: Week 131
You may also like
4 weeks ago
Heinz launches Mars-grown tomato ketchup on store shelves... and into space
1 month ago
Star Trek star William Shatner to actually journey into space today
1 month ago
NASA astronaut shares amazing image of Dublin all the way from space
2 months ago
SpaceX to launch first all-civilian crew into orbit
4 months ago
The Simpsons 'predicted' Richard Branson's trip to space in 2014
6 months ago
Out of control Chinese rocket lands in Indian Ocean close to the Maldives
Next Page