230 new emojis are coming to your smartphone

Nothing will ever eclipse the majesty of the shrug emoji, though.

So we should probably stop trying.

Then again, emojis are big business these days, having essentially evolved into their own unique, quick-fire form of language.

Who among us hasn't desperately clawed for just the right one in a tricky situation, be it making a playful dig at a mate or trying, and failing, to flirt?

Hell, even your parents use them, albeit usually wholly inappropriately.

All of which brings us to the exciting news that 230 new emojis are set to enter your life and establish themselves as regular fixtures in your respective WhatsApp groups.

According to Emojipedia, the final list has been approved and will include the likes of a white heart, a gender inclusive couple and disability-positive emojis.

You'll also get to unleash a yawning face, a flamingo, an otter, a guide dog, a waffle, a pinching hand, a yo-yo and a Hindu temple among others.

The actual breakdown amounts to 59 brand new individual emoijs, reaching the 230 figure when all variations are taken into account.

An official release date of just when they all land on your iPhone or Android has yet to be unveiled, but you may have a gander at what to expect in shiny video form below.

And here's the rundown in giant poster form: 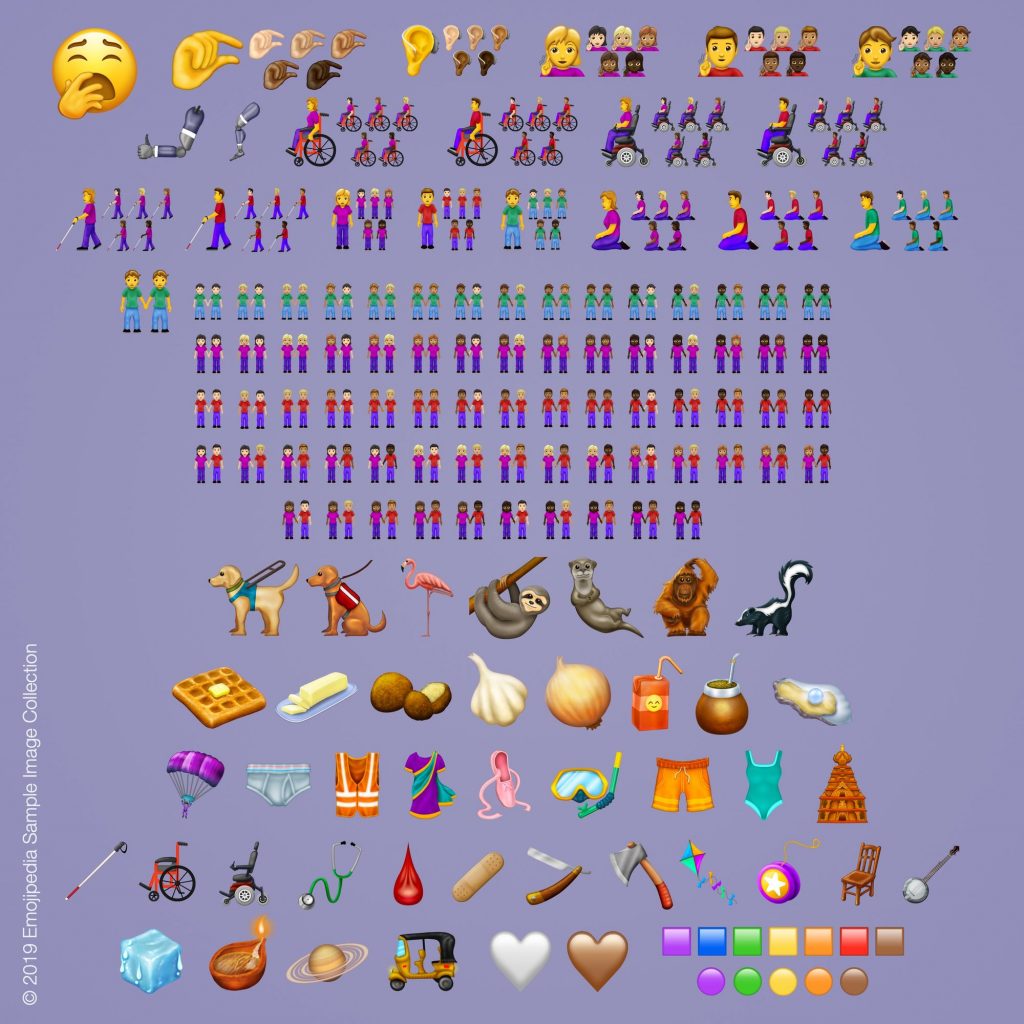 
popular
QUIZ: Can you name all the Irish counties just by their shape?
PERSONALITY TEST: What percent tosser are you?
25 jokes which make Airplane! one of the funniest movies of all time
QUIZ: Can you match the Father Ted quote to the character that said it?
Gardaí arrest woman (40s) in relation to the three children that were found dead in Dublin
PERSONALITY TEST: Which Peaky Blinders character are you?
Australian scientists claim to have made "significant breakthrough" in diagnosing coronavirus
You may also like
9 months ago
New WhatsApp update may block you from taking screenshots
1 year ago
This handy iPhone trick will make texting so much easier
1 year ago
COMPETITION: Win yourself a free iPhone X in UCD
1 year ago
COMPETITION: Win a free iPhone in University of Limerick
1 year ago
Users are complaining about a feature on the new iPhone camera
1 year ago
Deliveroo will deliver to Irish customers queueing up for the new iPhone XS
Next Page