Sorry fellow Earthlings, but turns out we might be aliens after all.

Talking to the New Scientist, the guys and gals at the Fraunhofer Institute and the Biology on Mars Experiment decided to put two specific species of algae to the ultimate cold test by bringing them up to space and then leaving them outside the International Space Station.

Over the course of 450 days, the algae were exposed to the oxygen-less, water-less, radiation-filled harshness of the Milky Way before being brought back inside. Once they were returned to a friendlier environment, one of the algae went on to form a viable colony. 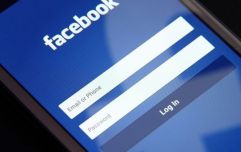 END_OF_DOCUMENT_TOKEN_TO_BE_REPLACED

While it doesn't conclusively prove the theory, it does give further evidence that life on Earth may have come about due to a theory known as Panspermia (quit giggling in the back!), which basically says that the building blocks of life as we know it got here by piggy-backing on an asteroid across the universe before crash-landing here billions of years ago.

And if that is the case, then where did that algae come from in the first place? We've got a working theory on that...

Clip via Roy B