The purists will be very happy with this news.

Do you record live performances on your smartphones? Or do you prefer to just enjoy the music without the distraction of capturing it to upload it on YouTube later?

If you're in the latter camp there's some very good news, as Apple has reportedly won the patent to prevent fans from recording or taking photos at live events. 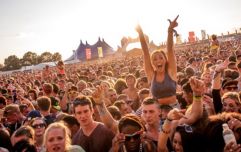 END_OF_DOCUMENT_TOKEN_TO_BE_REPLACED

The patent is headed, "Systems and methods for receiving infrared data with a camera designed to detect images based on visible light."

It describes how, “For example, an infrared emitter can be located in areas where picture or video capture is prohibited, and the emitter can generate infrared signals with encoded data that includes commands to disable the recording functions of devices. An electronic device can then receive the infrared signals, decode the data and temporarily disable the device’s recording function based on the command."

If it all comes to pass, this is what you'll see when you try to record something where the technology is in place. 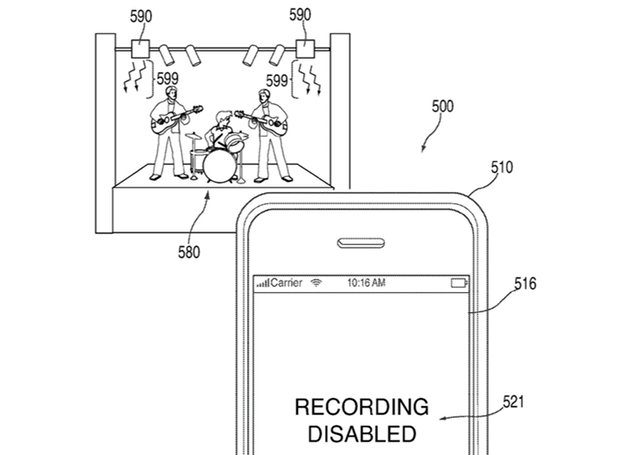 Many artists have expressed their frustration with the live filming of new material, having to deal with the appearance of new songs on YouTube before they're released.

The Big Reviewski || JOE · The Big Reviewski with Y: The Last Man, that Malignant ending & a secret streaming service
popular
Body of woman found by walker on shoreline in Galway town
Government announces special €1,860 payment for laid-off workers during pandemic
Gabby Petito disappearance: FBI confirm remains found are that of missing woman
"One person's rent is another person's income" – Varadkar rejects calls for three-year rent freeze
President Biden warns trade deal must not derail peace in Northern Ireland
You could be shopping in an Aldi store with no checkouts in Ireland in the near future
Ed Sheeran announces extra show in Dublin's Croke Park as part of major 2022 tour
You may also like
1 month ago
Live entertainment industry calls for reopening date ahead of meeting with government next week
1 month ago
Electric Picnic organisers call for festival to be allowed to go ahead exclusively for vaccinated people
2 months ago
Music industry calls for reopening date as sector now closed for nearly 500 days
3 months ago
Leo Varadkar defends decision to prevent live music when pubs reopen - if there is loud music "people will shout"
1 year ago
We want to hear YOUR original songs for the JOE Lockdown Sessions
3 years ago
WATCH: Eminem's sign language interpreter might be the real 'Rap God'
Next Page