GIVE US GOLDENEYE. NOW

Ever the innovator, Nintendo have had incredible success with their NES and SNES Classics units – cute little mini recreations of their iconic consoles, pre-loaded with a load of classic games ready to play, and the right cables to hook it up to modern TVs.

The concept has been so successful, that Sony have straight-up copied it and announced a PlayStation Classic, coming in time for Christmas. 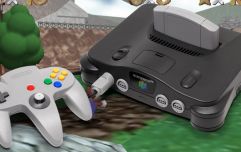 END_OF_DOCUMENT_TOKEN_TO_BE_REPLACED

What do we want next? Well, obviously a Sega Dreamcast Classic, complete with Shenmue, Jet Set Radio and Space Channel 5. But sadly, it doesn’t seem like the world is ready for that.

Second choice though? Definitely an N64 Classic. And it looks like one might be on its way. Possibly.

A report on Business Insider points to a recent European trademark filing from Nintendo, that is the outline of the N64 controller. Have a look: 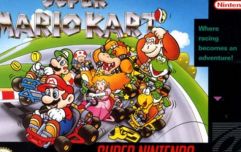 10 things we all love about the classic SNES classic, Super Mario Kart

END_OF_DOCUMENT_TOKEN_TO_BE_REPLACED

What does that mean, we hear you ask? Well, on the packaging of both the SNES and NES Classics, a similar outline of the controllers of those console is printed, suggesting this could be a logo for an N64 Classic. There also aren’t many other N64-related things that we can imagine Nintendo might be planning, so it would be a reasonable guess to think this is for the next console in the Classic range.

So hurry Nintendo, and give it to us. We want Mario 64. And GoldenEye. And Mario Kart. And The Ocarina of Time. Now.

popular
QUIZ: You'll do well to get 100% in this General Knowledge Quiz
Disney+ has just added 10 big movies to its library
Gardaí urge public not to share "upsetting" pictures of fatal assault of Paul 'Babs' Connolly in Westmeath
25 years ago, Sylvester Stallone delivered his best performance in a hard-hitting crime drama
FBI release findings of Rust investigation after shooting of Halyna Hutchins
QUIZ: You'll need to be razor-sharp to get 100% in this General Knowledge Quiz
The JOE Friday Pub Quiz: Week 307
You may also like
3 months ago
Reports suggest Breath Of The Wild sequel might be too big for Nintendo Switch
10 months ago
Nintendo is bringing back some classic N64 and Sega Mega Drive games
1 year ago
Super Nintendo World is officially open
2 years ago
I was a good person until I played the Untitled Goose Game
2 years ago
Nintendo announce major surprise new releases for the Switch
3 years ago
Nintendo has announced a sequel to Zelda: Breath of the Wild
Next Page