OFFICIAL: EA are bringing back FIFA Street for FIFA 20

Happy days. The first trailer is here and it looks excellent.

Oh yes, it's time to rejoice because EA Sports are bringing back the beloved FIFA Street mode in their latest edition of the game. 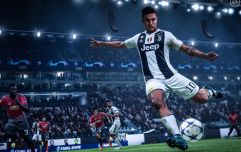 LISTEN: The official FIFA 19 soundtrack has been released and it is packed full of bangers

END_OF_DOCUMENT_TOKEN_TO_BE_REPLACED

Granted, they're now calling it VOLTA Football but it's FIFA Street.

We're told that Volta Football takes the game back to the streets with the authentic culture, creativity and style of the small-sided game played on streets, courts and futsal pitches around the globe. Which is nice.

Any sign of Wayne 'Street Striker' Rooney  popping up too?

In terms of options, gamers will have the chance to customise and personalise their female or male in-game avatar with a range of clothing, hairstyles, tattoos, and in-game celebratory emotes.

Dab, it's all about the dab.

Anyway, as for these new "urban football pitches," matches can be played on a variety of locations including an underpass in Amsterdam, a neighbourhood cage in London, or a Tokyo rooftop.

As for the gameplay, we're told that you'll have the chance to "play 3v3 Rush (No GK’s), 4v4, 4v4 Rush, 5v5, and Professional Futsal. In addition, VOLTA offers different sizes of arenas and environments with and without walls, giving you the freedom to play the beautiful game your way." 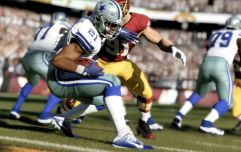 END_OF_DOCUMENT_TOKEN_TO_BE_REPLACED

Finally, the player modes will allow you to "build up your squad in Volta World, lead your player through theVolta Story Mode, play through Promotion and Relegation in the onlineVolta League, or take your favourite professional teams to the streets inVolta kick-off."

In case you're wondering, the game can already be pre-ordered here.

The Big Reviewski || JOE · M. Night Shyamalan, Alex Wolff & Thomasin McKenzie talk about their new creepy thriller Old
popular
1,126 new cases confirmed as Paul Reid warns Covid-19 hospitalisations are "rising"
QUIZ: Ignite your brain cells with this testing general knowledge quiz
The JOE Movie Quiz: Week 112
The JOE Friday Pub Quiz: Week 253
Professor suggests Garda checkpoints at Irish border to halt spread of Delta variant
One of the best comedies of the last five years is among the movies on TV tonight
Sunshine and high temperatures to come to an end as Met Éireann predicts week of thunder and rain
You may also like
4 years ago
Mass Effect: Andromeda brings us back to the universe we know, but through new eyes
4 years ago
Here's what you need to know about Mass Effect: Andromeda
6 years ago
Video: Check out the latest teaser trailer for Battlefield Hardline
6 years ago
The strongest footballer in the world according to FIFA 14 has asked EA to make him faster in FIFA 15
7 years ago
Videos: Check out JOE's E3 news & trailer round-up…
7 years ago
Video: Check out the live stream of E3 right here from 5pm…
Next Page