One of the co-founders of bitcoin.com has just sold all of his Bitcoin

Emil Oldenburg, co-founder and CTO of the wildly successful Bitcoin.com, one of the world’s largest bitcoin sites, has sold all of his bitcoins recently due to the ''extremely skeptical'' future of the cryptocurrency.

The Swedish native stated in a recent interview with tech site Breakit: ”I would say an investment in bitcoin is right now the riskiest investment you can make. There’s an extremely high risk.''

END_OF_DOCUMENT_TOKEN_TO_BE_REPLACED

Oldenburg has in fact put his cryptocurrency where his mouth is and migrated to the lesser known spinoff, bitcoin cash (BCH).

“I have in fact sold all my bitcoins recently and switched to bitcoin cash.”

BCH split from bitcoin in back August 2017 and, at time of writing, recently overtook Ethereum as the world's second-largest cryptocurrency. And ever since, the currency has gained strong support of Oldenburg's co-founder, Roger Ver.

With surrounding, and consistent, talk of the worldwide payment system hitting headlines all around the world, and not to mention highs that the currency had never seen before, a question beckons - why would one sell it when it seems to be at the top of its game?

END_OF_DOCUMENT_TOKEN_TO_BE_REPLACED

Ars Technica have reported recently that fees reach $26 per trade.

As well as this, it appears that bitcoin transactions can be particularly tricky to handle - another reason why Oldenburg has decided to sell.

This is due to the recording of all transactions on what is called the blockchain, a digital ledger of sorts reserved for bitcoin. And most people who've bought bitcoin, haven't come across this tricky system yet, as they haven't yet attempted to sell. 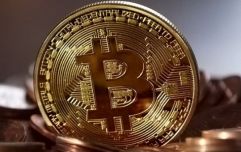 Bitcoin crashes to year-low after surging in 2017

END_OF_DOCUMENT_TOKEN_TO_BE_REPLACED

So difficult is the transaction process, that Oldenburg has deemed it ''as good as unusable,'' saying: “as soon as people realise that this is how it works, they will start to sell.”

Due to these reasons and more, Oldenburg now does not believe that bitcoin will be the everyday currency that the world has been hoping for.

He does believe, however, that Bitcoin cash is the way forward. Naturally.

popular
Simon Cowell concerns fans with appearance as they 'don't recognise him'
The JOE Friday Pub Quiz: Week 323
Miss Croatia wears revealing outfit at World Cup game despite Qatar's dress code
20 years ago, one of the best sci-fi movies of the 21st century was a box-office bomb
Netflix has just added 30 big movies to its library
Junior doctor 'fell asleep' at the wheel after 12-hour shift then mowed down two women and two kids
Starbucks worker breaks down in tears after they're scheduled to work 8 hours
You may also like
2 weeks ago
Tenant tried to sell landlord's €455k house without him finding out
3 weeks ago
A single ticket has just landed the world’s biggest lottery win of over €2 billion
3 weeks ago
Here's how much money each I'm A Celeb contestant will earn from the show
2 months ago
€600 energy credits and free schoolbooks for children set to be announced in Budget 2023
2 months ago
Living Wage in Ireland set at €13.10 per hour for 2023
2 months ago
Minimum wage to be raised next January
Next Page