In the market for a new toothbrush?

Now, your toothbrush could be something you've not put a whole lot of thought into over the years.

But the world has changed. It's 2020. We're in a global pandemic. People are already talking about the 2020 episode of Reeling in the Years (although, if we could stop making that joke, that would be great). And you probably should be spending more on your toothbrush than you spend on a morning coffee. 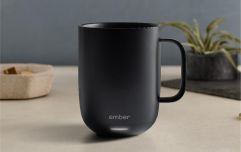 END_OF_DOCUMENT_TOKEN_TO_BE_REPLACED

Yes, it's still 2020 and smartphones, smart TVs and smart toasters are now a thing, and we've been trying out a smart toothbrush for the past few weeks as well.

The Oral B iO Series 9 is the culmination of what the company said is 250 new patents to help upgrade your brushing, with aspects of it up to six years in the making.

Now some may scoff at the mere mention of a smart toothbrush, but the iO Series 9 is a clever and capable upgrade which provides better teeth cleaning and keeps your mouth in healthier shape.

But before we go to deep into our thoughts on the toothbrush itself, it's important to note that this is a top of the line brush, and so we're also greeted with a price tag that reflects it's spot in the market.

END_OF_DOCUMENT_TOKEN_TO_BE_REPLACED

The Oral B iO comes with a RRP of €650 which is likely €640 more than a lot of you have ever considered paying for a toothbrush.

However, the brush appears to be on sale in most retailers for around the €300 mark at the moment.

The brush connects to the Oral B app on your phone via Bluetooth and can be used in real time while brushing your teeth, providing you with a 3D map of your mouth. Different areas of the map change colour depending on how well you've brushed them to give you an idea of your progress. It's not foolproof but it works well enough. 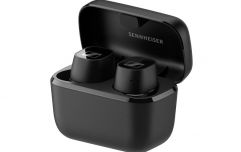 END_OF_DOCUMENT_TOKEN_TO_BE_REPLACED

To be clear, you can still use the toothbrush without the app and it works perfectly well.

There's an OLED screen where you can quickly browse through the different brush modes and make some modifications to the settings. The screen will also give you an emoji based feedback at the end of your brushing.

A ring light below the brush head is designed to change colour depending on how hard you're brushing; green for just right, red for too much, and blue for not enough.

The new charger relies on a magnetic connection similar to a lot of smartwatches these days, and while this does cause the occasional toppling with a wayward hand, it's a much neater and cleaner design than a peg design.

There's also a charging box which is a compact way of keeping it topped up. 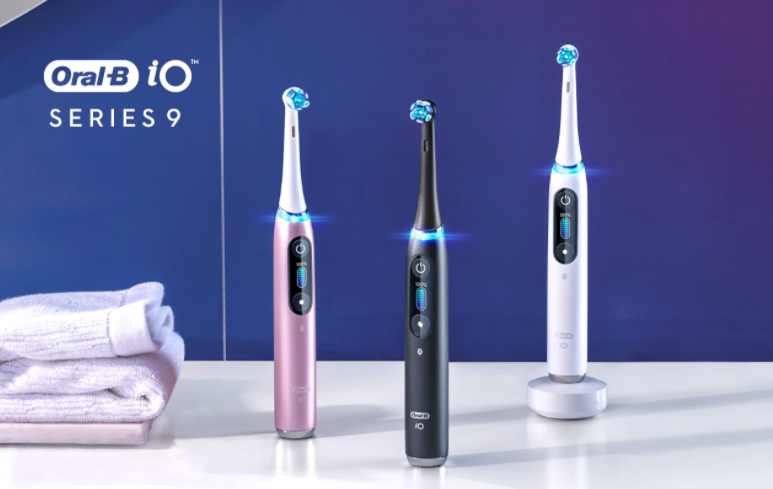 Undoubtedly, the cleaning quality is excellent and will leave your mouth feeling cleaner than your standard brush or other budget options.

The tongue clean mode is a feature the iO Series 9 has over most of its competitors and it's a very useful addition to an area that can sometimes be neglected.

The battery is great and lasts two full weeks which means there's no need to lug the charger along if you're heading off on a short break. We know those are in short supply at the moment but the option is there.

It's a clear step up from any other brush I've used both from a brushing quality to effective methods of reminding me about things like pressure and duration of brushing.

We've mentioned it above already, but it's worth stating this is Rolls Royce of toothbrushes here.

The iO Series 9 is the special occasion china. It's a purchase you'd have to think long and hard about considering the price tag.

The good thing is, toothbrushes are often on offer in pharmacies and the like so you may be able to get one at a reduced price and if you can get a good deal, this is a no-brainer for us.

The brushing quality is excellent and combined with its intelligent features, it's a great if expensive option if you're mindful about your daily dental hygiene routine.

popular
Police special operations unit seize mother's e-scooter after she took child to school on it
Prime Video has just added one of the best dramas of the last decade
Omniplex Cinemas are hiring for an awesome and very rare job
Richard Madeley apologises after calling Sam Smith 'he' and bungling guest's pronouns
Actor to play Michael Jackson in new biopic has been revealed
The Last Of Us Episode Three is one of the greatest hours of TV ever made
Parents left in shock after gorillas start mating in front of kids at zoo
You may also like
2 years ago
REVIEW: The Huawei FreeBuds Pro
2 years ago
REVIEW: Chromecast with Google TV
2 years ago
REVIEW: The Google Pixel 4a, should you consider it?
2 years ago
The biggest announcements from Samsung's Unpacked event on Wednesday
2 years ago
Hands on with the Huawei Watch GT 2e
2 years ago
Samsung Galaxy Tab S6 Lite – A really solid Android tablet
Next Page