This is seriously good news.

Flip phones are making a comeback and lets hope it's a successful one.

LG are releasing a modernised flip phone that has a touch screen and an android operating system called Lollipop 5.1. 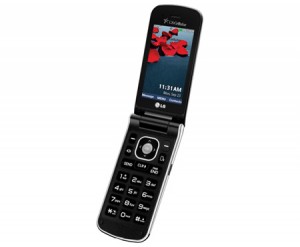 It has apps, a touch screen and it opens with a flip of the wrist; what more could you want?

The retro look keeps the old style keyboard that will remind you of the Motorol Razr, a huge hit in its time. 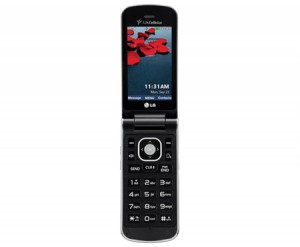 END_OF_DOCUMENT_TOKEN_TO_BE_REPLACED

The keyboard is 3.3 inches so it's not quite the same as the 5.5 inch phablet era, but it makes up for it in retro style and general cool points.

The phone has been launched in Korea and is soon to hit the US and a number of European countries including Spain, France and the UK.

Nothing about us, yet, but hopefully we won't be left waiting long. 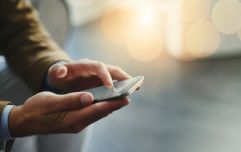 New Irish mobile network launches with offer of €9.99 per month for life for first 100,000 customers

END_OF_DOCUMENT_TOKEN_TO_BE_REPLACED

The phone is pretty affordable too, set in the price range of €130/£109 there are sure to be loads of these wandering towns and cities.

The phone is called the LG Wine III Flip Phone and the basic dimensions are a 2 megapixel camera, multimedia messages, speaker phone and Email.

It looks like a sweet deal, but we just don't know if it can honestly compete with smartphones.

There is a big gap between this and what a phablet can offer you, but then again, it does look so cool..

Maybe we should all start carrying two phones, it's a reasonable solution.

Hat-tip to the Daily Mail

popular
Patient arrested after switching off roommate's ventilator because it annoyed her
Peter Kay moved to tears on stage while opening his first stand-up tour in 12 years
Dancing with the Stars has added a very surprising contestant
Winter warning issued as "severe" week of cold weather in store for Ireland
'America's Unknown Child' identified solving mystery after 65 years
U2 drummer Larry Mullen Jr. says band may perform without him in 2023
Ireland sees '100% success rating' with four-day work week trial
You may also like
3 years ago
Over one third of Irish people would cancel their holiday if they forgot their mobile phone
4 years ago
Phone users reporting new bug that is sending private photos to contacts without warning
4 years ago
New bill will request students to hand in mobile phones at the start of school day
4 years ago
1 in 12 of Irish motorists admit to using their mobile phones while driving
4 years ago
Apple CEO says next iOS update will allow users to disable battery slowdown
4 years ago
Landmark health warning issued to mobile phone users to help reduce radiation
Next Page