He’s at it again, the little rascal…

We have seen some memorable glitches in our time, such as these from FIFA, but his latest one brought to our attention is from Pro Evo 14, it involves Luis Suarez and is one of the greatest we have ever seen. 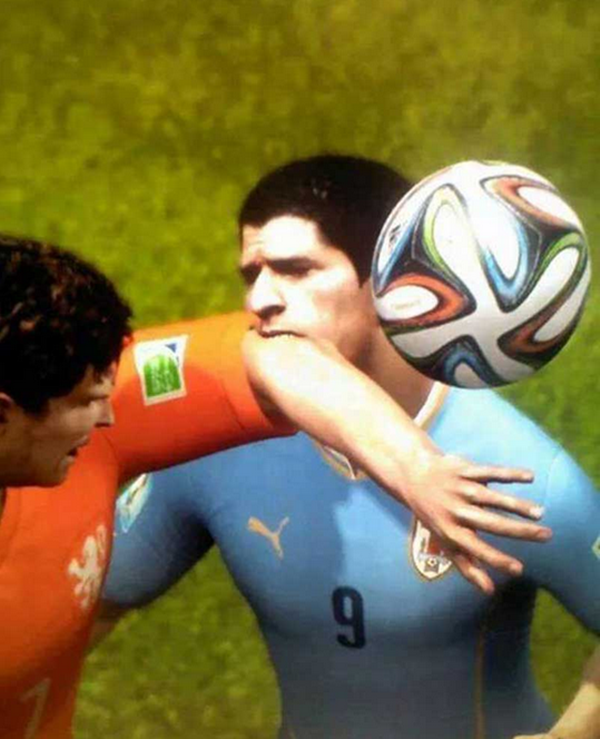 What’s next for the football glitching world? Lee Bowyer and Keiron Dyer knocking the sh*t out of each other?

popular
Human remains found in suitcases are the bodies of two children
People want "offensive" Crown Paints advert banned after attracting hundreds of complaints
Here's how to make €9-11 on Revolut in just a few minutes
New car-free town with population of 85,000 set to be built in Dublin
Gardaí warn public of increased incidents of drink spiking in clubs and nightclubs
The prequel to one of the best twists of all time and 7 more movies & shows to watch this weekend
QUIZ: Can you identify the famous song from the opening line?
You may also like
1 week ago
Xbox testing new subscription plan in Ireland this month
1 week ago
The JOE Friday Pub Quiz: Week 306
2 weeks ago
JOE Gaming Weekly - Details of the new Tomb Raider game have leaked
2 weeks ago
The free subscription games coming to PlayStation and Xbox in August
3 weeks ago
JOE Gaming Weekly - Stray has the highest user-review score of 2022 so far
3 weeks ago
GTA 6 will reportedly be based on a modern day "Bonnie & Clyde"
Next Page