PIC: No prizes for guessing which player is going to be the biggest beast in FIFA 16

We’ll give you a clue, it’s not Lionel Messi.

The fact that Sky Sports News are now using Football Manager stats to weigh up the merits of players shows you how much football fans pay attention to that level of detail these days.

The release of FIFA 16 is just around the corner and while your Messis and your Ronaldos will have ratings of 90+ when it comes to speed, skill, finishing etc. they’ll be lagging well behind a man who a lot of people have never heard of when it comes to strength. 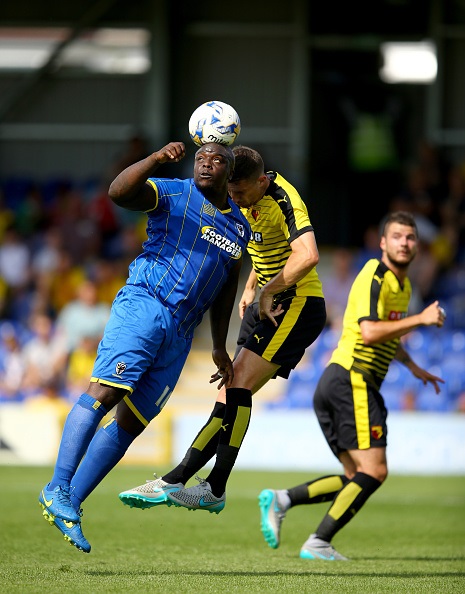 FIFA fans, however, know all about AFC Wimbledon striker Adebayo Akinfenwa, better known as ‘Beefcake’ or ‘The Beast’, who has once again been confirmed as the strongest player in the game.

END_OF_DOCUMENT_TOKEN_TO_BE_REPLACED

Akinfenwa had a strength rating of 97 last year so we imagine it will be a similar story this time around; in fairness, can you imagine a man brave enough to tell him he’s been docked a couple of points because he’s looking a bit weaker compared to last year?

Here's the trailer for the new game by the way. As you'd expect, it looks great.