Football Manager fans, how devoted are you to your team?

You might consider yourself loyal just for turning down that offer from Real Madrid in order to lead your beloved Accrington Stanley team into the Champions League, but chances are you haven't come close to Italian fan Alessandro Colombini.

The Italian fan was so enamoured with the Derry City team he was managing on the cult computer game that he travelled 5,000 kilometres to Derry to meet some of his star players in real life.

from livorno (italy) to derry (northern ireland) for an autograph. he said that i'm crazy #wearethemanagerspic.twitter.com/rRhmAl3e1B

END_OF_DOCUMENT_TOKEN_TO_BE_REPLACED

Colombini chose the League of Ireland club due to his fixation with Irish politics and his love for Belfast-born George Best.

But after taking the club to the Champions League, his stint in charge of the Candystripes ended when Roma came calling.

"When Roma ask, you must answer," he told the Derry Journal.

END_OF_DOCUMENT_TOKEN_TO_BE_REPLACED

The 19-year-old fan didn't witness any goals in Derry's game with Limerick, but he did manage to chat to Derry player Paddy McEleney after the game, though he revealed the Irish forward was a little bemused.

"Paddy looked at me like I was an alien - he must have thought I was mad," Colombini said. 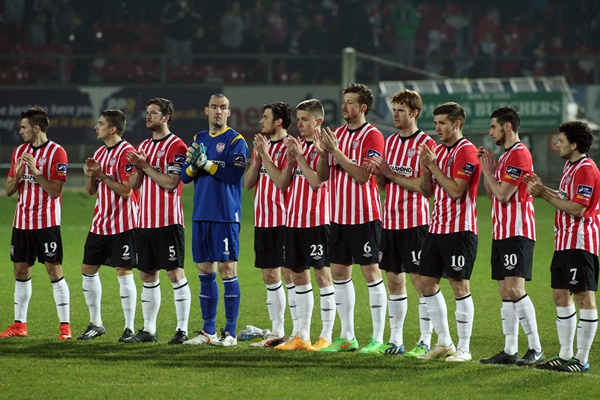 "I told him I was from Italy and that he was brilliant in the game. I don’t think he knew how to react but he gave me his autograph and we had a good laugh about it."

If he wants to watch his Roma team, the trip from Livorno is likely to be a little less taxing, though he might struggle to get a one-to-one with Francesco Totti.