We suspect he could have been the victim of a particularly cruel prank here.

Playing inter-county football and hurling comes with a status that can have its fringe benefits off the pitch.

High-profile players will often get lucrative sponsorship gigs, others might get a free car to drive around in and others still might take advantage of the extra attention they’ll receive from potential suitors on a night out. 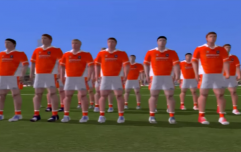 END_OF_DOCUMENT_TOKEN_TO_BE_REPLACED

There’s no doubt that excellence on the pitch can help many GAA stars from a romantic point of view but it’s dangerous to simply assume that it will because to some people, it doesn’t make a blind bit of difference.

With that in mind, a screenshot of a Tinder conversation made its way into us this morning and while we were given the context behind it, all we’ll say is that the player in question is allegedly from Tipperary. 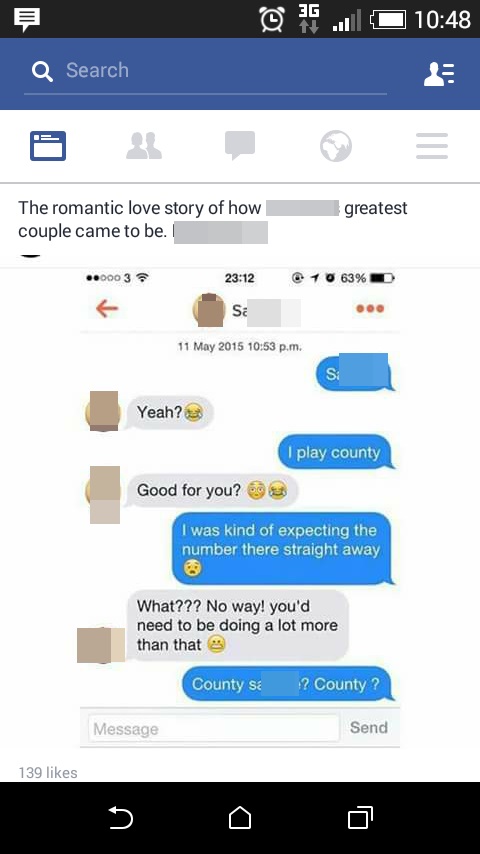 Like we said above, we reckon there’s a good chance that he had no part to play in the conversation whatsoever, but the exchange is pure gold all the same.

If it did indeed lead to romance, it could be a good one to tell the grandkids.

popular
QUIZ: A perfect score is highly unlikely in this tough General Knowledge Quiz
QUIZ: Can you get top marks in this progressively harder capital cities quiz?
Lidl to launch its second 'reverse vending machine' in Ireland next week
The JOE Friday Pub Quiz: Week 296
One of the tensest sci-fi thrillers of recent years is among the movies on TV tonight
Lidl announce a massive warehouse sale for one weekend only
Aer Lingus warns customers flying on Friday afternoon to check in at the airport
You may also like
2 days ago
The 2 Johnnies share unbelievable catfish ordeal affecting over 40 people
2 weeks ago
Limerick hurler arrested following alleged altercation with Tipperary player in Limerick pub
1 month ago
Woman in her 20s dies after accident during Camogie match
7 months ago
Wicklow GAA to investigate fight after Under 15 match on Saturday
1 year ago
Post-match celebrations and a lack of social distancing at certain events put club game on hold
1 year ago
Cork GAA pleads with clubs and supporters “not to engage in celebrations that breach current guidelines”
Next Page