PIC: Woman accidentally sends explicit Snapchat to her boss instead of her boyfriend; gets classy response (NSFW)

Obviously not everyone is guilty, but we don’t think it’s stretching it to say that some Snapchat users aren’t averse to sending naughty pictures of themselves to significant others (and in some cases, just others) on the app.

If you’re going to do it, then you’d want to make damn sure that you’re sending it to the right person, a mistake that one Snapchat user made recently that almost had disastrous consequences.

According to Imgism, a lady Snapchat user took a picture of her bare breast, presumably to send to her boyfriend, along with the caption ‘What ur missing this weekend :)’ but sent it to her boss instead. 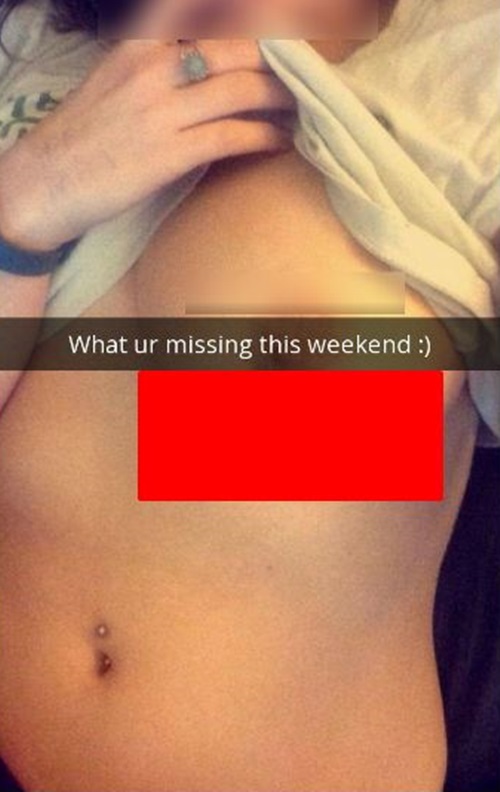 She must have been mortified when she got a reply shortly after, but luckily for her, her boss is an understanding man. 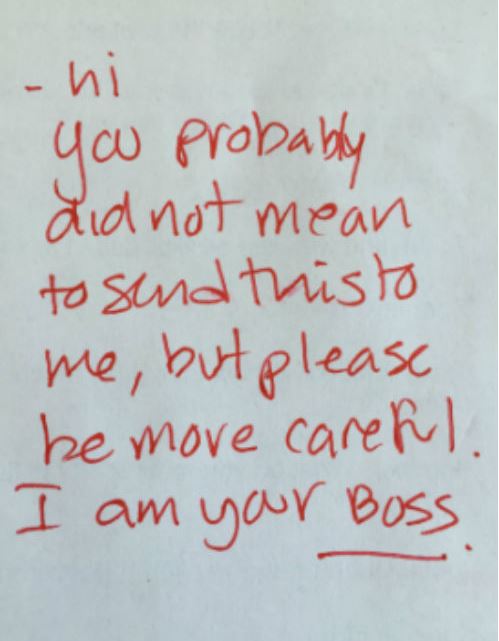 As if any of you needed a warning to be careful, this should do the trick.

popular
RTÉ tries to solve Michael Collins murder in new documentary
QUIZ: Can you get top marks in this short but tricky Irish geography quiz?
4-year-old girl killed in Sligo caravan park named as Alice Dunleavy
Two long-thought-dead Marvel projects appear to be in the works
QUIZ: Can you score 12/15 in this difficult General Knowledge Quiz?
Family of Ashling Murphy share heartbreaking tribute at Fleadh Cheoil
QUIZ: Can you name all the counties in Ireland with an ‘N’ in their name?
You may also like
3 weeks ago
Microsoft could be sizing up to buy Netflix, claims analyst
1 month ago
Half of the internet stopped working due to outages
1 month ago
A new rival to Revolut is set to launch in Ireland
1 month ago
Google suspends employee after claiming an AI had become sentient
2 months ago
Apple to introduce 'Safety Check' feature to assist victims of abusive relationships
2 months ago
Elon Musk's $44 billion acquisition of Twitter on hold due to fake accounts
Next Page