Irish mammies know pretty much everything there is to know about everything, but some of them, bless’ em, aren’t particularly au fait with modern technology and social media apps like Snapchat.

Armed with this knowledge, Martyn used the relatively new Snapchat filters to give his face a somewhat deformed look and sent it to his mother, convincing her that there was something badly wrong with his face. 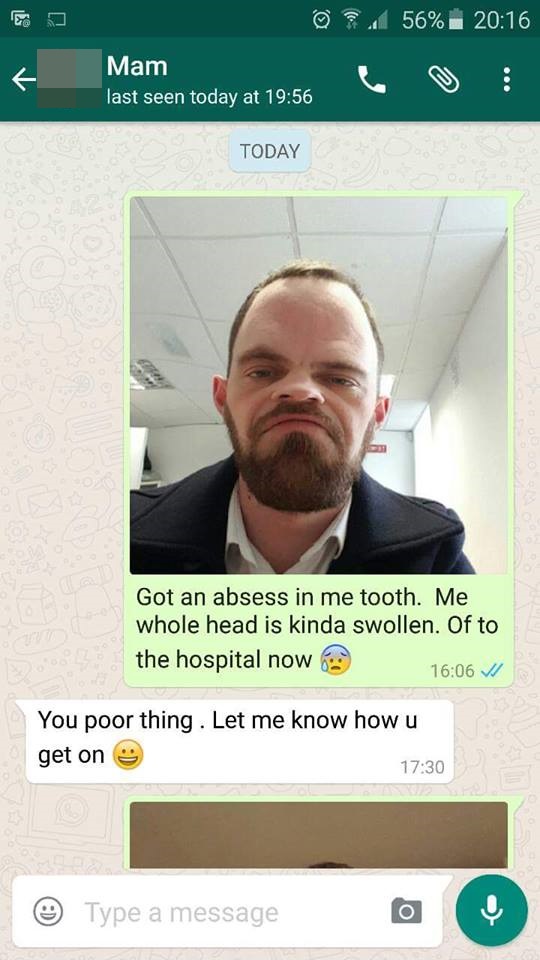 END_OF_DOCUMENT_TOKEN_TO_BE_REPLACED

An Irish Mammy’s default position is one of worry, of course and Martyn’s mother was instantly concerned and began advising her son of the steps to take to get himself back in working order.

Knowing that he had successfully fooled her, Martyn should really have stopped at that point, but he couldn’t help himself playing out the joke a little longer. 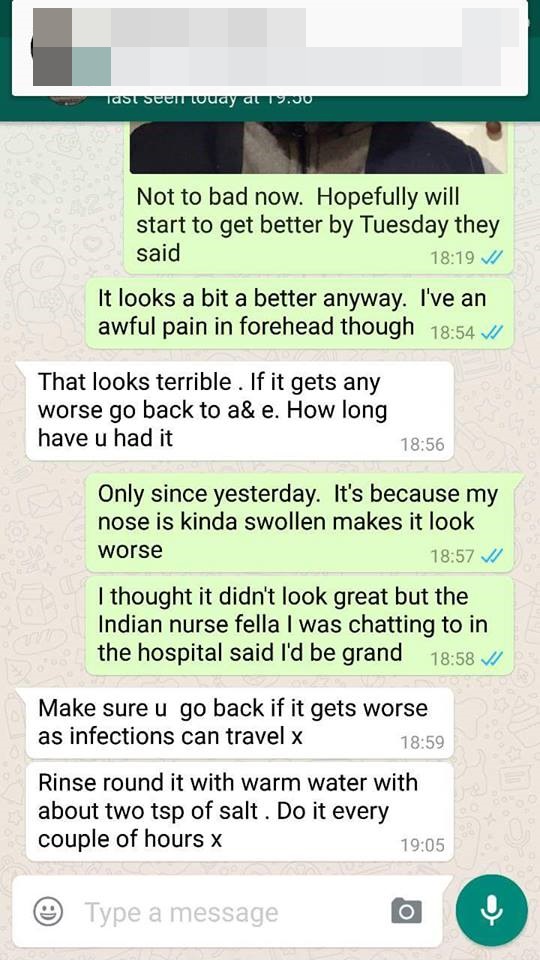 END_OF_DOCUMENT_TOKEN_TO_BE_REPLACED

Very amusing Martyn, but you better have a cracking Mother’s Day Present lined up after putting your poor mother through this ordeal.

Cheers to Martha Magee for sending this our way. If you have something you would like to share with us, send it to our WhatsApp number 087-4001102, editorial@JOE.ie or hit us up on Facebook or Twitter.

popular
Netflix has just added an incredibly tense 97-minute thriller
Prime Video has just added 25 very big movies to its library
QUIZ: Name all the counties of Ireland that contain 3 vowels or more
Irish people could be treated to spectacular sights in the sky over the next few nights
Four Irish food businesses were served with closure orders in July
Eamon Ryan's mother dies in tragic accident on family holiday
A great underseen action thriller is among the movies on TV tonight
You may also like
3 years ago
Arnold Schwarzenegger releases statement after getting dropkicked at event
3 years ago
New Irish Instagram-style app aims to replace your CV for good
3 years ago
Episode 2 of JOE's Snapchat show Argue Me is live: Tinder or the old-fashioned way?
3 years ago
JOE launches 'Argue Me' — a new show on Snapchat Discover
4 years ago
Plastic surgeons report increase in procedures to make people look more like they do on Instagram
4 years ago
You can now delete messages on Snapchat, here's how you can do it
Next Page