Pics: JOE's played the new FIFA 15 and here's what you need to know

Arguably the biggest step forward the game has made in a long time...

FIFA is one of the best loved and most played games in Ireland and the new FIFA 15, which will be released later this year, is sure to be a massive favourite with Irish gamers.

EA Sports invited JOE over to their HQ in London last month to get a hands-on play of the new game and obviously being the FIFA lovers that we are, we happily accepted.

We got about three hours in total with the game and here's a run through some of the new features for you to look forward to... 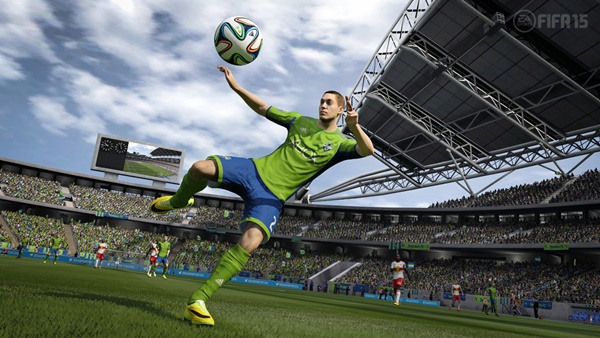 END_OF_DOCUMENT_TOKEN_TO_BE_REPLACED

This new element blew us away in the presentation at EA HQ in London. Each individual player will now have an emotional relationship with every other player on the pitch - opposition and teammates. For example, if two opposing players are involved in a number of bad tackles, their specific rivalry heats up which could lead to an altercation and if the match is high stakes, that will escalate quicker.

END_OF_DOCUMENT_TOKEN_TO_BE_REPLACED

The other side of it is if you don't pass to a teammate in a better position or you miss a good chance, your mate will get visibly animated towards you, which really adds to the real game experience.

There are over 600 potential emotional reactions that could play out over the course of a game so expect a few pouts from Cristiano Ronaldo and a few screams from Luis Suarez along the way.

The version we played allowed us to pick the Camp Nou or the Eitihad as the game venue and it looked fantastic. There was such a real-life look to it whether it's the advertising hoarding, the fourth official holding up the electronic board, ball boys but where it really comes alive is the crowd.

END_OF_DOCUMENT_TOKEN_TO_BE_REPLACED

The crowd first of all look real, the attention to detail is immense but they now also react in-time with what's happening on the pitch. You'll see and hear reactions to near misses, great saves, bad challenges and pretty much any big incidents. The tension will build depending on the importance of the match, a dead rubber in the league will be very different to the atmosphere in a cup final.

There's also specific club fan celebrations, we were shown Liverpool singing in the Kop, Borussia Dortmund's yellow wall, Manchester City's fans doing the Poznan to name a few, it adds to the experience no end. 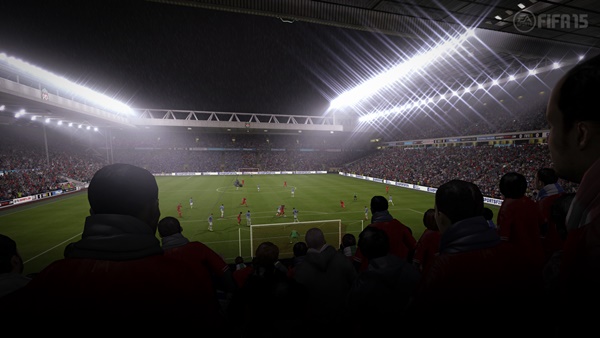 There's a few things that make the game play a little different from last year's version. Firstly the movement is a lot better, before turning quickly on the ball was a little clunky, it felt like a sequence of square moves but now it's a smooth motion so quick turning at pace, it's seamless. The way you control your player is also a lot more responsive; for example if it's a wet pitch and you turn too sharply your players might slip over, it's back to the realism they're trying to create.

The second major change is game play is the ball, it spins! This might not sound like a massive deal but believe us it make the game feel different, for the better. Every dribble, touch, pass, shot, and deflection moves corresponding to the spin of the ball, in relation to the position of the body part or object that it connects with so the game is much less predictable. The movement of the ball in FIFA 15 changes the game.

Playing against the computer is now a different animal altogether. The AI has improved dramatically so it reacts to different game situation. Here's a few examples, if they are 1-o down in a cup final with ten minutes left to go they'll realise the importance of the game and send a centre back up front and go more direct. On the other hand, if the computer is defending the lead in the dying stages of a match, they'll "park the bus" and leave just one man up front.

It's all very clever and it will mean that every game and team will test you in different ways.

The game looks fantastic. Granted, we were playing on XBox One and PS4's but there's a noticeable leap from FIFA 14. The physique of the players and the way the jersey fits them is very defined and you can see the bounce of long hair on the more follicley blessed players. You can dirty your kit now if you're flying into sliding challenges all the time and the pitch will show slip marks and foot prints as a game develops. 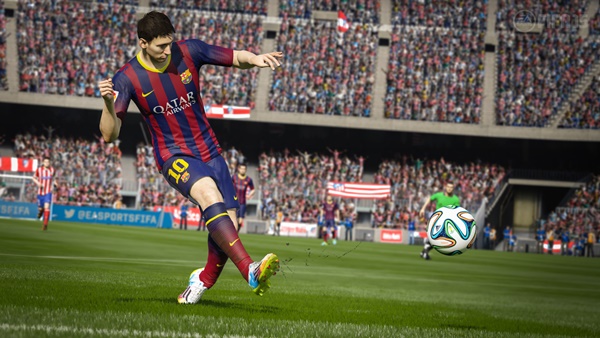 The game we played was 60% complete and we thoroughly enjoyed it. EA Sports gave use no information on game-modes but they'll reveal all that information in due course while a huge development is that the game will be available on PC. In terms of game play and visuals this version is well on it's way to being a classic. We just can't wait to play it again.

popular
Bus Éireann’s service from Dublin to London will restart this week
Gardaí unveil new Armed Support Unit vehicles to replace older models
Gardaí are going global with new roles created in UAE and Bangkok
An action-packed thriller is among the movies on TV tonight
The full list of cancelled flights in and out of Dublin Airport on Monday (so far)
Amazon Prime Video has just added 51 big movies to its library
A star-studded crime thriller is among the movies on TV tonight
You may also like
1 hour ago
WATCH: The new God of War Ragnarök trailer FINALLY reveals the release date
8 hours ago
Rockstar Games reportedly shelving remasters of two of the best games ever made
4 days ago
The Ultimate PlayStation Quiz
5 days ago
Atari releasing 50th anniversary collection with over 90 classic games
6 days ago
The free subscription games coming to PlayStation and Xbox in July
6 days ago
JOE Gaming Weekly - Why you should avoid the new Blade Runner game
Next Page