A Pokemon/Tamagotchi collaboration has been confirmed

Remember Tamagotchis? They were so fun.

Looking after it was probably the most responsibility you had as a child, and the guilt of letting one die would be somewhat overwhelming to be honest... 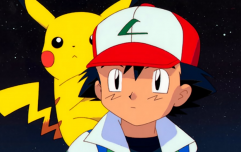 Can you name all 151 original Pokemon?

END_OF_DOCUMENT_TOKEN_TO_BE_REPLACED

Still, they were really cool to play with nonetheless.

But the most fun game of our childhood was definitely Pokemon.

Nothing could beat it. You could play the game on whatever console you had for hours on end, and chances are if you weren't playing the actual game, you were collecting the cards...

Now imagine you could combine the two worlds... Well, you can!

According to tech website Engadget, Pokémon's Eevee is coming to the world of Tamagotchi.

Eevee is a normal-type Pokemon, who is definitely cute enough to appear in a Tamagotchi. 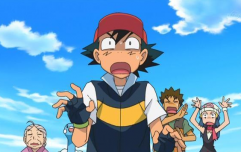 These Pokemon sex toys will ruin your childhood

END_OF_DOCUMENT_TOKEN_TO_BE_REPLACED

This isn't the first time that the two worlds have crossed over either.

In 1998' we saw "Pocket Pikachu", but this new Tamagotchi Nano will let you raise and care for an Eevee as it evolves into one of its eight evolutions.

It looks like there will be a few variations, including a Team Rocket Eevee and even a Ditto Eevee, while the Tamagotchi shells are available in Eevee-appropriate brown and a pink "Colorful Friends" version.

The item will be released in Japan on 21 January, and we really hope it makes its way to Ireland soon after.

popular
The six Eurovision countries with "irregular voting patterns" have been revealed
Eurovision producers reveal "irregular voting patterns" during Saturday night's final
Work more hours or get a better job to tackle cost of living, says UK Minister
QUIZ: Try out one of our trickiest General Knowledge Quizzes yet
Where will 2023's Eurovision be held if Ukraine can't host?
QUIZ: Can you name all the countries beginning with 'A'?
REVIEW: Van Gogh Dublin is a truly unique cultural experience
You may also like
2 years ago
WATCH: Trailer released for CG remake of Pokémon: Mewtwo Strikes Back
2 years ago
A pop-up Pokémon bar is coming to Dublin soon
3 years ago
COMPETITION: Win tickets to see Pokémon Detective Pikachu at an exclusive Preview Screening in Dublin
3 years ago
WATCH: 'Scottish Pikachu' is the Pokémon we all need right now
3 years ago
#TRAILERCHEST: The second trailer for Detective Pikachu is here, and we finally know what the movie is about
3 years ago
WATCH: New trailer for Detective Pikachu contains 100% pure nightmare fuel
Next Page