Does the person beside you use an Android?

They say that since 2010 the number of people watching their content on mobile has risen by over 50%, so now 63% of their videos are watched on smartphones.

The interesting part of the survey is that they've broken down the habits of both iPhone and Android users and there are some differences.

Here's a chart showing the length of time and number of page views each for users of both. 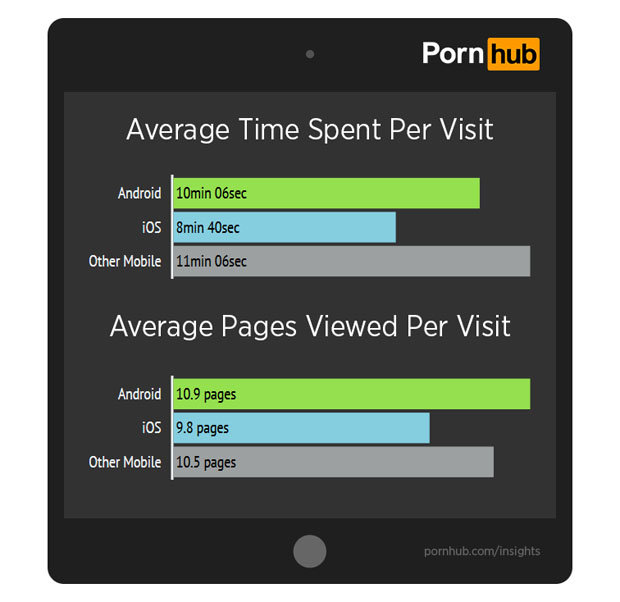 It's hard to know what way to read into that, Android users spend almost 90 seconds longer on videos thank iPhone users and they look at one more page on average.

The Big Reviewski || JOE · The Big Reviewski with Y: The Last Man, that Malignant ending & a secret streaming service
popular
Body of woman found by walker on shoreline in Galway town
Gabby Petito disappearance: FBI confirm remains found are that of missing woman
Cash, Rolexes, cars and one Canada Goose jacket seized in major Garda raid
You could be shopping in an Aldi store with no checkouts in Ireland in the near future
President Biden warns trade deal must not derail peace in Northern Ireland
"One person's rent is another person's income" – Varadkar rejects calls for three-year rent freeze
Rare magnitude 5.9 earthquake hits Australian city of Melbourne
You may also like
1 week ago
Apple unveils full iPhone 13 range details, release date and prices
1 week ago
Apple issues emergency software updates after major security issue identified
3 months ago
Apple paid millions to woman after technicians uploaded explicit pictures from her iPhone
7 months ago
Apple to unveil 217 new emojis, including gender neutral faces
7 months ago
The new iOS 14.5 update will let you unlock your phone with a mask on
9 months ago
Get €100 off these smartphones when you switch to Vodafone Pay as you go
Next Page