REVIEW: The Google Pixel 4 - fast, sleek and early to sleep

Google’s vision for tech is clearly for it to be helpful and this has been clear in their sleuth of products so far, from the Pixel 4 to the new Nest Mini.

JOE has been testing out the new Pixel 4 for the last week. It's Google’s latest attempt (alongside the Google Pixel 4 XL) at making a phone that shows off the very best of Android and offers up a shower of flagship photography features, including machine learning and other AI software that's hugely impressive.

We’ll start out with what comes in the box

The Pixel 4 has an aluminium frame which runs round the circumference of the device, providing a solid structure, and is finished with a rubberised black coating.

END_OF_DOCUMENT_TOKEN_TO_BE_REPLACED

The glass back, meanwhile, is frosted and takes on a smooth, non-slippy finish. The Pixel 4 JOE used was a white version and the contrasting colours, combined with the orange button on the side, provide a stylish finish.

It was mistaken by others for an iPhone on more than one occasion. 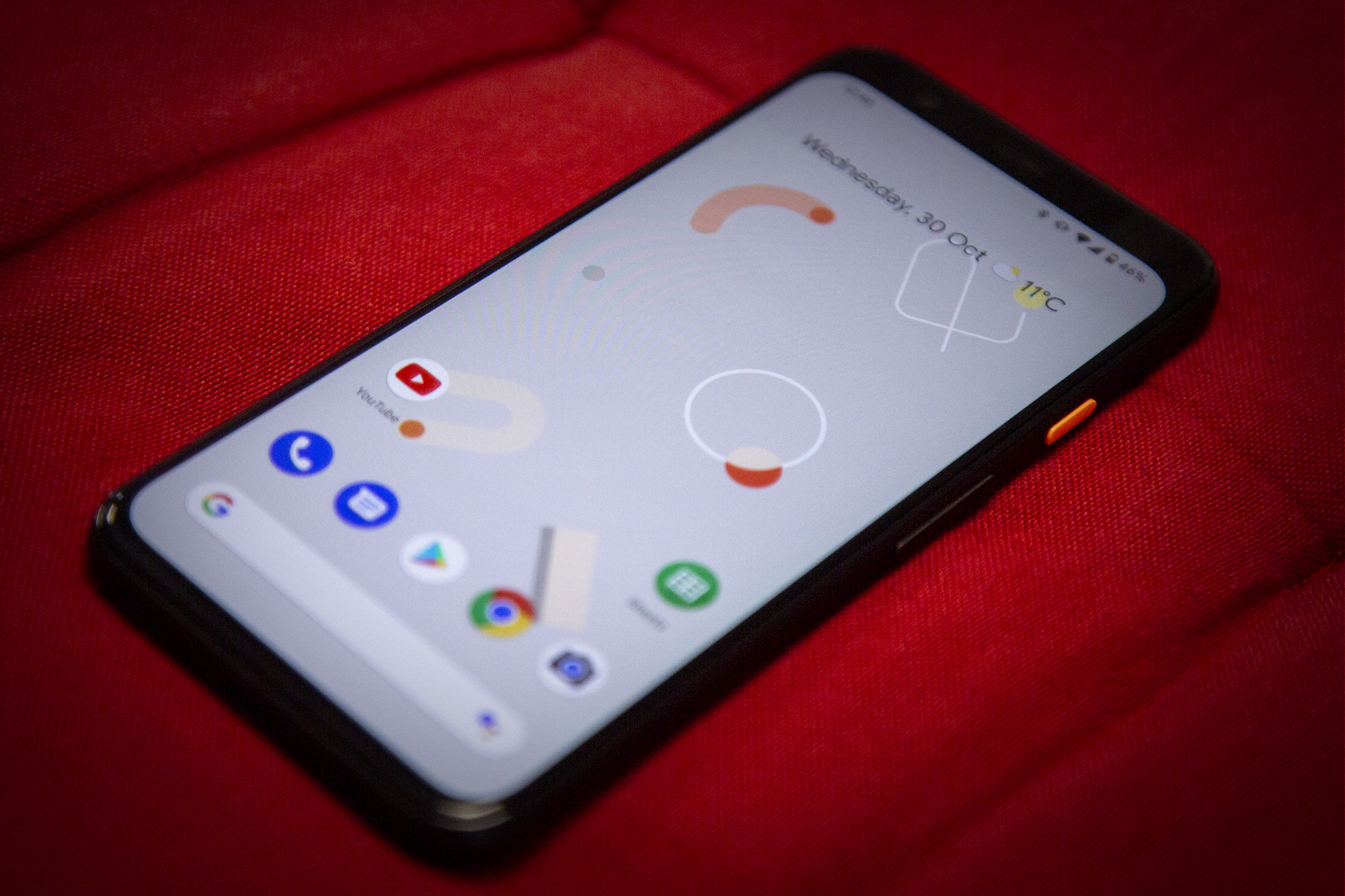 One of my favourite things about the phone is its compact size. At just 68.8mm wide and 162g in weight, it’s easy to use one-handed and, coming at a time when smartphones are constantly growing more difficult to wield comfortably in one hand, it was refreshing to use.

END_OF_DOCUMENT_TOKEN_TO_BE_REPLACED

The 5.7-inch, 1,080 x 2,280 pixel, 19:9 aspect ratio, OLED display is rich in detail and we had no complaints in terms of colour, contrast, brightness, sharpness or just about anything you can name.

It runs at a maximum refresh rate of 90Hz too, which means super-smooth scrolling and gaming - though for how long you’ll be able to leave it on for fear of draining the battery, is debatable; more on this later.

If you were worried about notches, you’re in luck, there is none. But instead there's a large forehead containing the sensors for Google’s new Face Unlock and Motion Sense systems.

There's no headphone jack to be found, no USB Type-C to 3.5mm adapter or no headphones included in the box.

The Pixel 4 JOE tested had 6GB of RAM, 64GB of storage and packs Qualcomm's flagship Snapdragon 855 chipset. It’s Google’s first bump in RAM for a pixel phone and it’s resulted in snappy performance.

It didn't lag, even with multiple apps open and always switched promptly between them with zero fuss.

It’s one of the first phones to ship with the latest version of Android 10, which features the firm's smart assistant baked into its core.

Smartphones typically have a refresh rate of 60Hz, but the Pixel 4 refreshes 1.5x faster. You will notice the difference when scrolling through your Twitter feed or using Instagram, as everything just seems crisper.

While Motion Sense is a nice addition - it allows you to control some parts of your phone with gestures rather than touching it and is probably a peep towards the future where smartphones are heading - but in terms of regular use, it’s debatable how much you’ll actually use it in real life.

Over time, as more functionality is added, it could become a really useful tool, but for now, our favourite part of Motion Sense is its ability to make the Pixel 4 more aware of its surroundings.

When you go to pick up your phone, Motion Sense sees your hand coming and lights up the display and fires up the face unlock sensors too.

It does have some issues though, such as allowing your phone to be unlocked even if your eyes are closed, something which Google has promised to fix in the next update. And if you have gotten used to using your thumbprint to gain access to some of your apps - Revolut or other online banking apps - as there's no scanner and the apps don't support face unlock, you'll need to remember all your codes and passwords.

A minor, but slightly tedious flaw for the lazy among us.

But the main sticking point comes from in the 2,800mAh battery they've put into the Pixel 4. This is the thing which holds it back from being one of my favourite phones of the year. The battery won't last you a full day with heavy use unless you severely curtail features and turn on battery saver early, which in 2019, is a huge issue. Considering how small, slim and light the Pixel 4 is, it seems like an error not to have compromised with a slightly larger battery and a slightly heavier phone.

When Google unveiled the Pixel 4, all eyes were on its cameras because Google has always been leader in this area.

Let's take a look at what it's packing first of all, keeping in mind that it's becoming more and more about the software accompanying smartphone cameras rather than the hardware...

There's no triple lens like most of the other flagship smartphones out there, including the Samsung Galaxy S10, the Huawei P30 Pro and the new range of iPhones.

That means there's no ultra wide angle lens, which feels like a misstep from Google. While it's not a feature that's used on a daily basis, having it as an option is nice when capturing scenes and buildings without having to physically back up to take the photos.

But the main cameras for the Pixel are outstanding, there's no two ways about it. Just the sheer level of detail the camera is able to pick up, especially when photos are cropped and zoomed in, is really impressive. 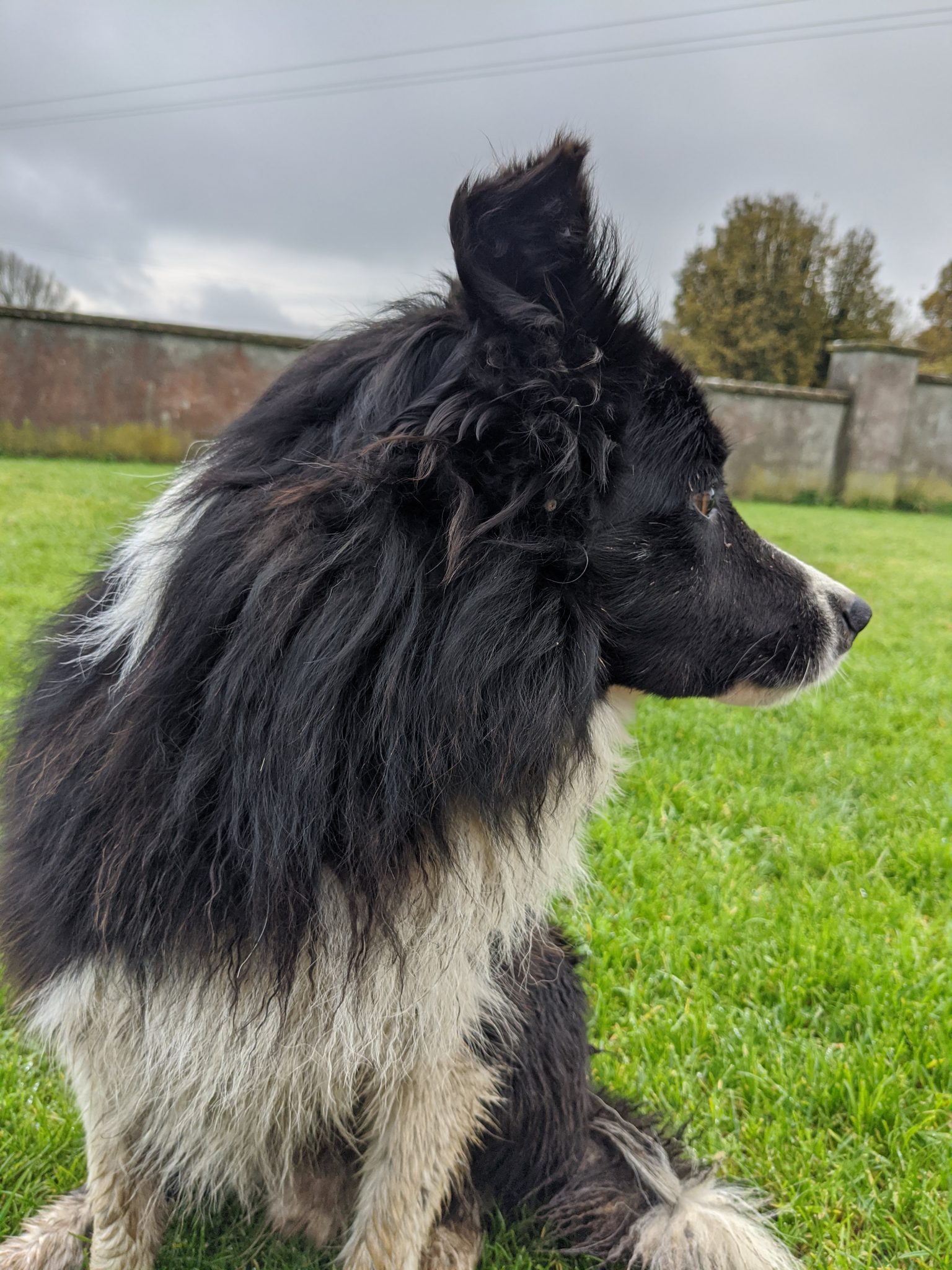 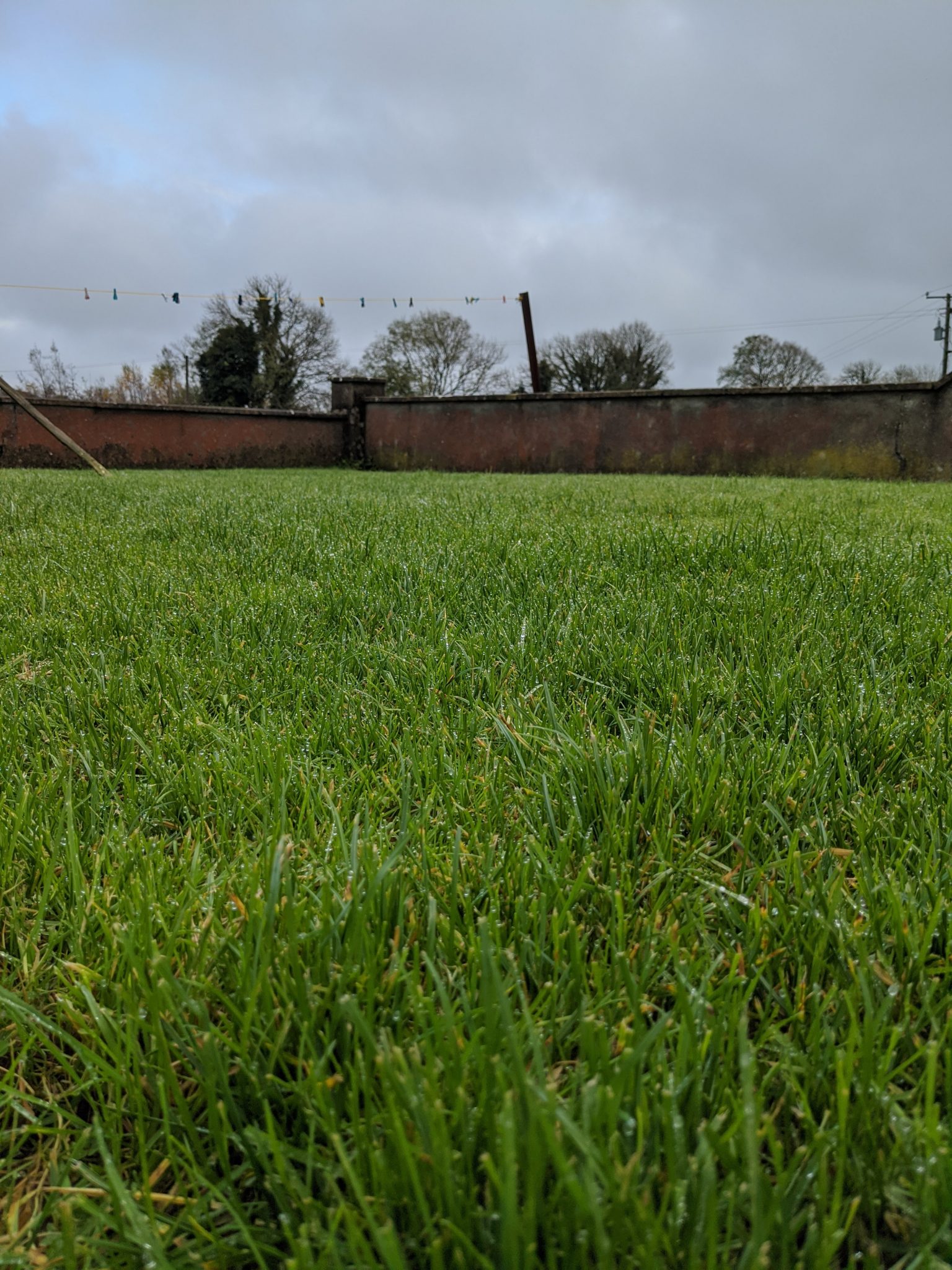 Here's the above photo when it's cropped and zoomed. Look at the detail of the water droplets on the grass. 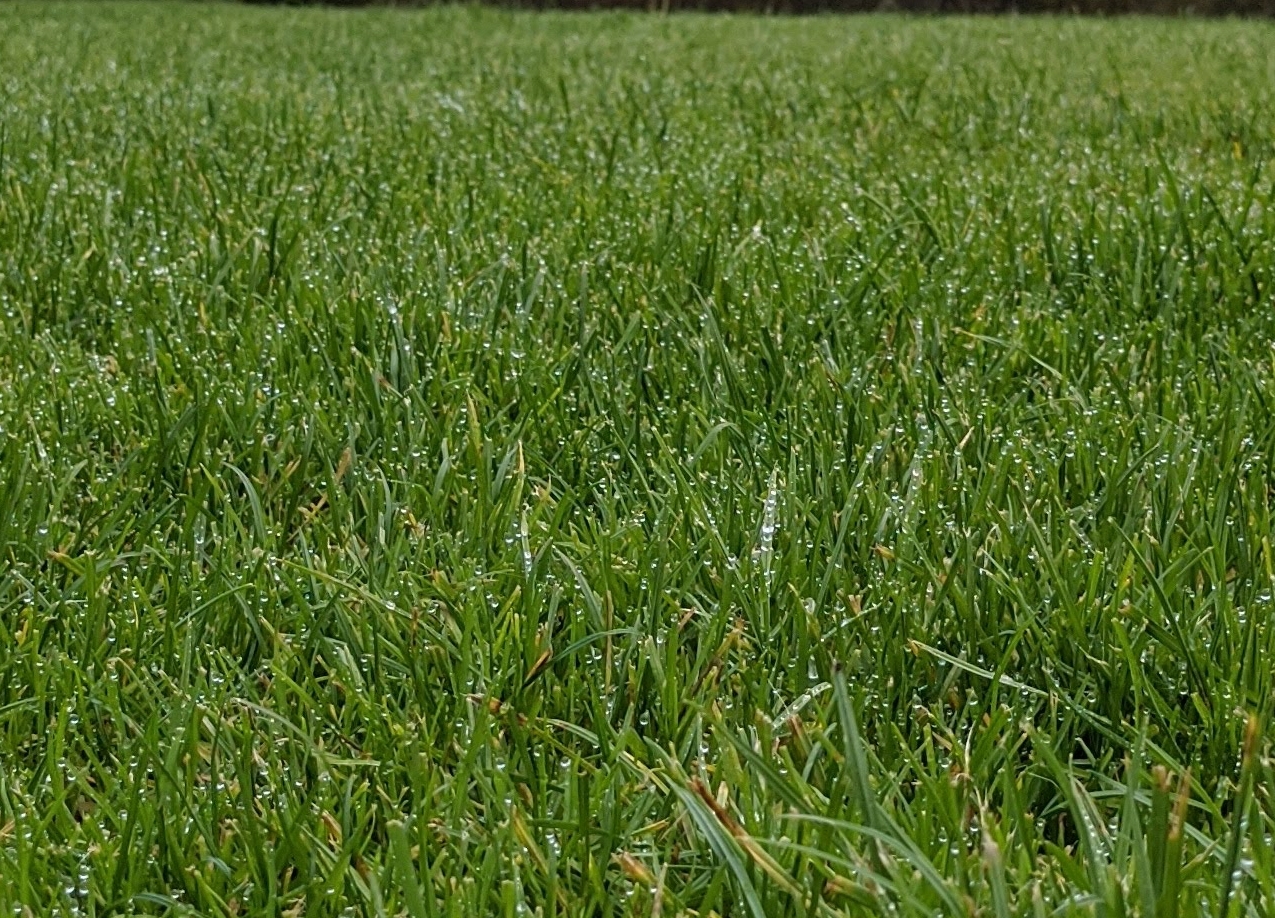 The night mode on the camera is good and I would say it's on par with other top competitors in the market.

While no one should buy a phone based purely on the camera, you certainly won't be disappointed by the results.

Looking at its camera, software, performance and design, this is the best Pixel that’s ever been released to market.

We loved the compact, light design and it has renewed our love for the smaller smartphone, following some very large flagship phones over the past two years.

The screen is lovely and large enough. The camera is amazing. Motion Sense is novel (and could be the beginning of something huge going forward with Google leading the charge) and Face Unlock is wonderfully useful and fast.

The on-device natural language understanding is next level and the ability of the device to convert what you're saying into text is the best we've seen.

While other phones will certainly have better specs than the Pixel 4, it's still the most seamless smartphone we've used and despite the ailing battery, does a lot of work to win our hearts.

It's really, really difficult to get past a battery that won't last you/barely lasts you a full day and we so dearly wanted to love this phone, but whether you're willing to put up with some battery level-anxiety may decide whether you buy this phone or not.

popular
Amazon Prime Video has just added 38 very big movies to its library
The Pogues’ Shane MacGowan rushed to hospital
Rotten Tomatoes reveals the best reviewed movie of 2022
Matthew Perry can't rewatch any of Friends for heartbreaking reason
Lady Gaga's dognapper sentenced to 21 years in jail
Simpsons writer has explanation for the show being able to predict so many major events
Mia Khalifa claims seaside town is better than Miami
You may also like
11 months ago
Covid dominates the list of the top 10 most Googled questions in Ireland in 2021
1 year ago
Google and Facebook will require US employees to be fully vaccinated before retuning to offices
1 year ago
Google is being sued by US states over its Play Store practices
1 year ago
Google removes multiple apps for stealing users Facebook passwords
1 year ago
Tech Corner: Google gambled with the Pixel Buds A-Series, but it paid off
1 year ago
Tech Corner: Flagship phones are nice, but the midrange is where most people are at
Next Page