REVIEW: The Huawei P20 Pro, the best smartphone camera of the year

We've put the Huawei P20 Pro through its paces...

Huawei was in the news recently, and for good reason. The brand has passed out Apple on the leaderboard and is now the second largest smartphone seller in the world.

Samsung still holds the number one spot with no sign of relinquishing it anytime soon.

But this isn't about Samsung. This is about the Huawei P20 Pro, the much-hyped smartphone launched with an ambitious three lens camera.

If you're coming for the King, you better not miss. In this scenario, there's a number of Kings in the smartphone world, from the iPhone X to the Samsung Galaxy S9 (although it's very similar to last year's phone) and the less popular but no less impressive OnePlus 6 (there's a review of that coming up soon, watch this space).

END_OF_DOCUMENT_TOKEN_TO_BE_REPLACED

Having established its name in mid-range smartphones, Huawei has recently made moves to branch into the premium market with the the Mate 10 Pro and last year’s P10. They were of high quality, and had all the features you’d expect from an iPhone or Samsung Galaxy S. But until now, there always felt like there was something missing.

However, Huawei have come very close to one of the best phones of the year with the P20 Pro. That's not something we say lightly.

It's the year of the notch as Huawei continue the trend of smartphones adopting it in 2018. But while the notch will annoy some users, the 6.1-inch OLED screen runs at a 18.7:9 aspect ratio. If this is an impasse for you, there's an option to hide the notch and you'll still be left with a standard 18:9 screen which means you'll miss nothing.

END_OF_DOCUMENT_TOKEN_TO_BE_REPLACED

One of my pet peeves, the P20 Pro does not come with a headphone jack, instead you're given a pair of USB Type-CTM headphones and an adaptor for regular headphones. This probably isn't a big deal for many people as headphone jacks are increasingly being abandoned in newer smartphones, but just something to note if you're a traditionalist.

The P20 Pro has a larger battery than its peers, at 4,000mAh, but you wouldn't know from its design. At just 7.8mm thick, the phone is actually more slimline and lighter than the Samsung Galaxy S9 Plus. Better yet, the battery lasts almost two days.

But my God, the mirror glass back attracts fingerprints like a demon.

The Huawei P20 Pro runs Android 8.1 with the Huawei EMUI 8.1 interface on top.

On first use, Huawei P20 Pro does not have an apps menu. It uses an iOS-like arrangement where all your apps end up on the home screens, with the idea for you to organise the apps into folders. Although this is the default setting, it's possible to revert to a standard Android layout in the settings menu.

The performance of the phone overall is good, and the 6GB of RAM is enough to ensure no lag. I used it extensively for two months and didn't notice any dip in speed or sharpness.

I used the phone while travelling in Indonesia, so you can imagine, connecting to WI-FI where possible was an important part of the daily routine. I did have some minor issues connecting to wireless networks that some of my friends using iOS had no problems with. More often than not, it worked, but there were some frustrating moments. Something I imagine will be addressed during upcoming software updates.

Overall the P20 Pro is up there with some of the best on the market when it comes to benchmark performance.

This is where the P20 Pro really comes into its own. It is, hands down, the best smartphone camera I have ever used.

Below is a side by side photo, one taken on the P20 Pro (left), the other with an iPhone 7 (right). While the iPhone 7 is a few phones removed from Apple's top of the range iPhone X, it will give you an idea of what you're dealing with in terms of the camera capacity of the P20 Pro.

It's fantastic, there's no other word for it. 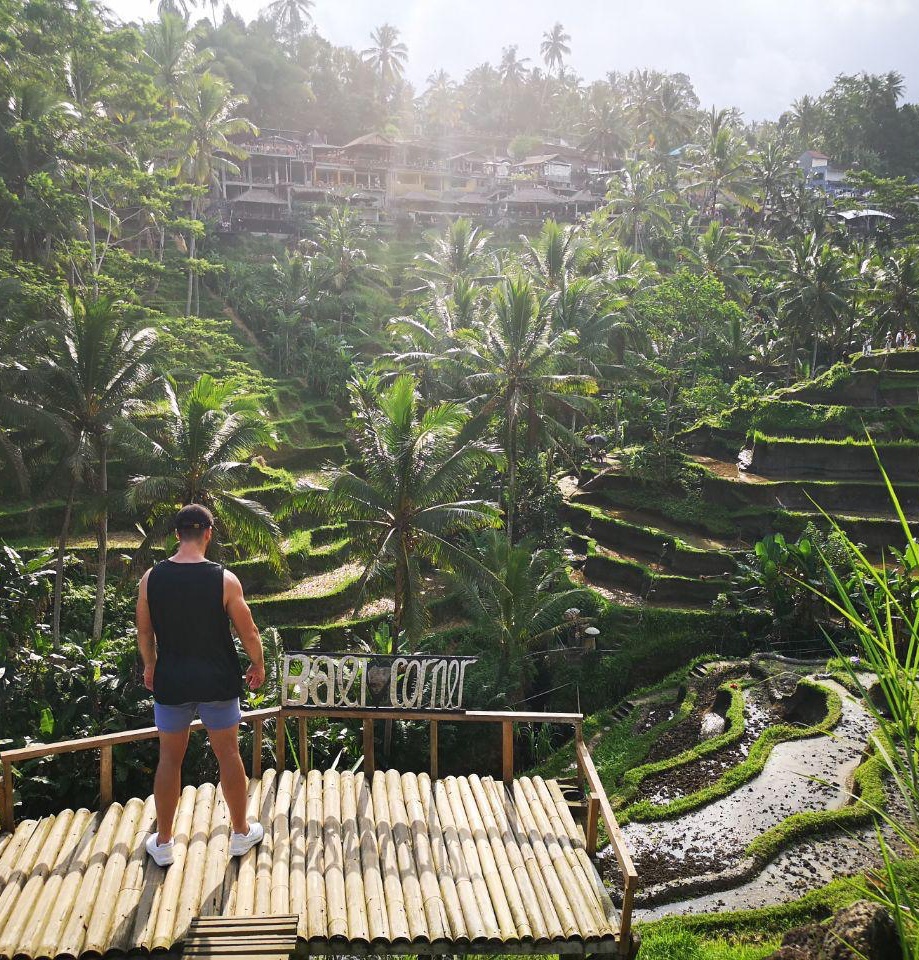 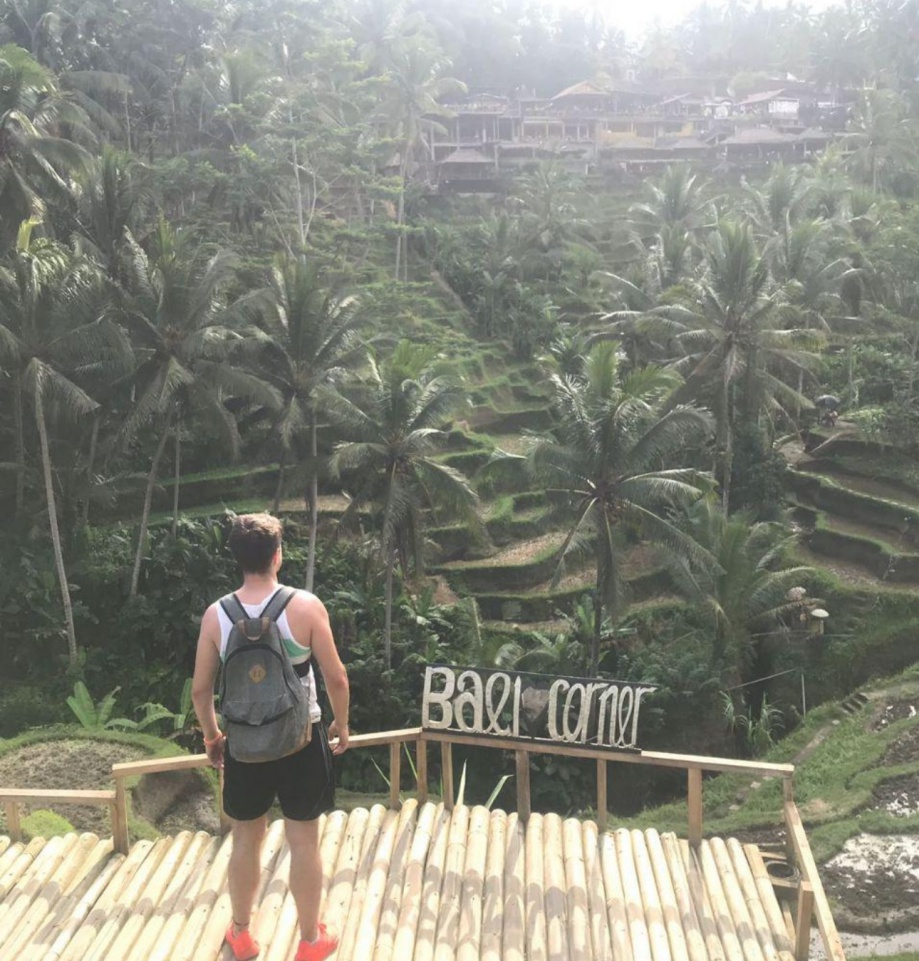 The Huawei P20 Pro is the first smartphone to offer a triple camera setup, consisting of:

The trio work together to supercharge the camera module’s photographic capabilities.

The front-facing camera is a whopping 24MP unit (with an f/2.0. aperture), but this one doesn't have autofocus.

The camera has a Master AI to recognise scenes and it's enabled automatically in the settings.

According to Huawei, it should be able to identify over 500 different scenes and adjust photo parameters accordingly. However, the AI can be a little too gung-ho at times, which can take a little getting used to, but there's no doubting it provides some spectacular images.

Plus there's the option to adjust these settings manually.

If you're inclined to send pictures of your food, this is the phone for you... 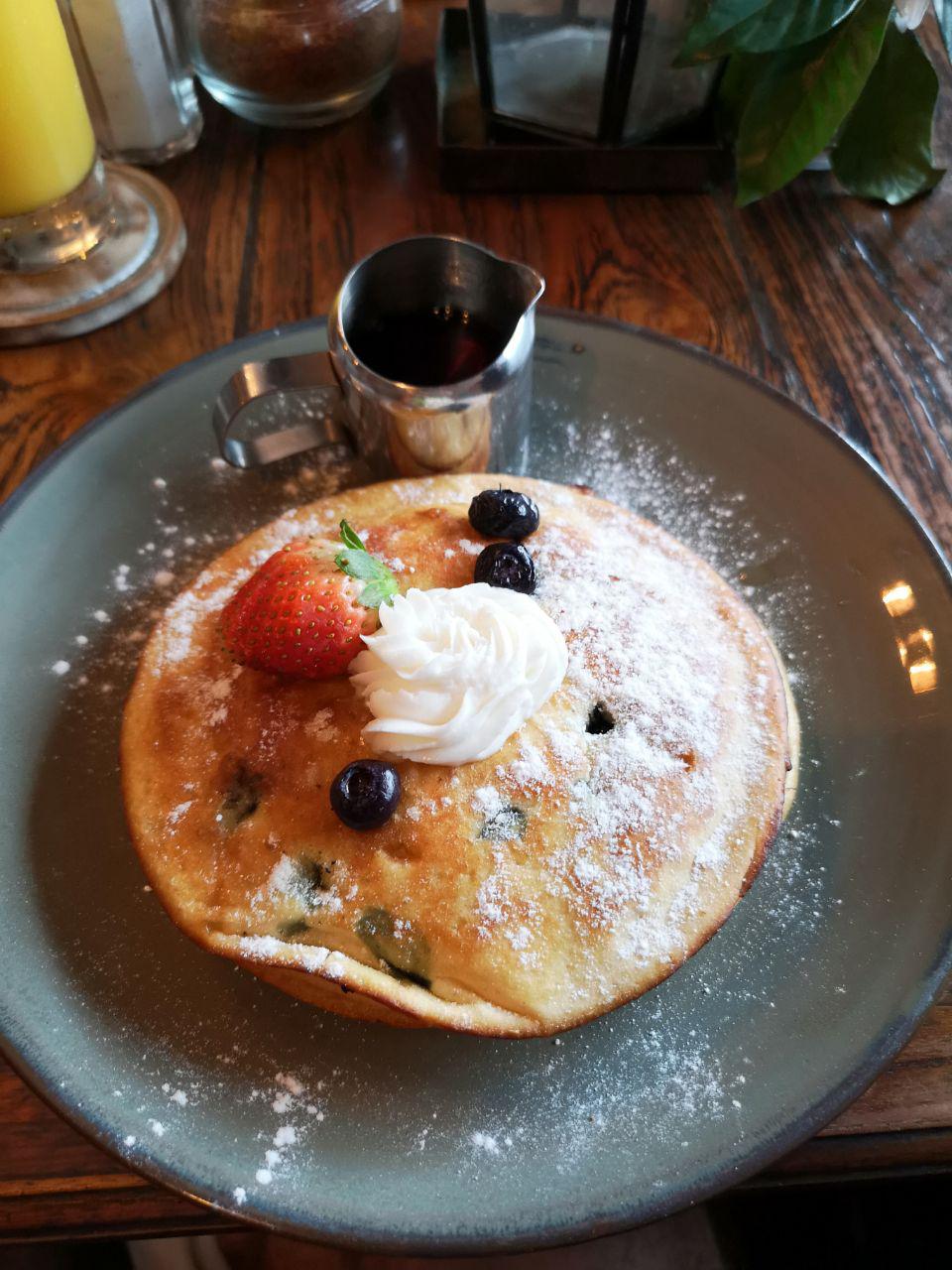 The Huawei P20 Pro is a very good smartphone that will likely impress both amateur and seasoned photographers.

An eye-catching design, along with some top-end specifications and extremely fast-charging, Huawei ticks a lot of boxes with its latest endeavour.

But make no mistake about it, it's the camera that sets this phone apart. The 40MP camera looks great on ads, but the results of the tri-camera set up cannot be ignored, especially when zoom is activated.

The lack of a headphone jack physically pains me but it's looking like most smartphones will be like this going forward, so I'm willing to let it slide. The current fad is for phones with notches and the P20 Pro has embraced that, but there's an option to hide the notch, which I thoroughly approve of.

The P20 Pro costs around €749 and is available in phone stores around Ireland. It's a quality phone, well put together and anyone thinking of buying it won't be disappointed with their purchase.

popular
5 years ago, Hollywood took a massive gamble on a huge sequel... and lost big time
Netflix has just added 12 very big movies to their library
One of the most underrated crime thrillers of recent years is among the movies on TV tonight
Mystery over 'dead husband' spotted in Indian restaurant has been solved
QUIZ: JOE's Big News Of The Day Quiz #40
The JOE Friday Pub Quiz: Week 332
40 years ago, a sci-fi horror with one of the best special effects of all time was released
You may also like
1 month ago
People are warning others about using new AI selfie app
2 months ago
18 very affordable gifts for your aul' fella or brother this Christmas
3 months ago
Elon Musk set to take over Twitter after completing $44 billion purchase
4 months ago
How Twitter is changing gaming as we know it
4 months ago
WATCH: Apple's iPhone 14 event featured some creepy teases for Severance Season 2
6 months ago
Instagram walks back on recent changes that you all hate
Next Page