JOE has been jumping around the living room for the past week taking on the challenges that await us in Kinect Sports Rivals, only available on the Xbox One.

We were excited to try out the latest Xbox One Kinect Sports game developed exclusively for the Kinect by the British developers, Rare Ltd., mainly because we wanted to see just how far the Kinect technology has come and what we could expect for future Kinect based games on the Xbox One. Suffice to say, we were pleasantly surprised…

In Kinect Sports Rivals you play as yourself and you take on various challenges in six sports that are dotted throughout the Kinect Sports Rivals island. Those sports being: wave racing (jet skiing), bowling, climbing, soccer (football to you and I), target shooting and tennis.

END_OF_DOCUMENT_TOKEN_TO_BE_REPLACED

Before you start playing those various activities, you must first create your character. The Kinect takes several different pictures of your face and body in order to create a character in your likeness and, in fairness, my character did end up resembling myself – apart from the fact it gave me shoulder length hair, but I’ll forgive the Kinect as it picked up on my glasses, which was pretty cool.

The only problem with the facial mapping features was the fact that it took so long to make my character, which left my girlfriend, otherwise known as player 2, feeling a little left out of the fun. However, player 2's turn would eventually come, and that’s when I got a little bit bored. Thankfully, once your character is created you’re ready to meet up with your first of the three Kinect Sports Rivals ‘teams’, called Eagle Legion, who show you the ropes on your first challenge: wave racing.

One of the first things you’ll notice about the gameplay is how well the Kinect tracking function works for certain games and how it can be a bit 'hit and miss' for others. It’s good with wave racing and climbing, great with bowling and tennis, but pretty dire for the football game. Even when you position the camera to give yourself the optimal amount of room to kick and header the virtual ball, your shots still end up way off target... or at least they did for me. 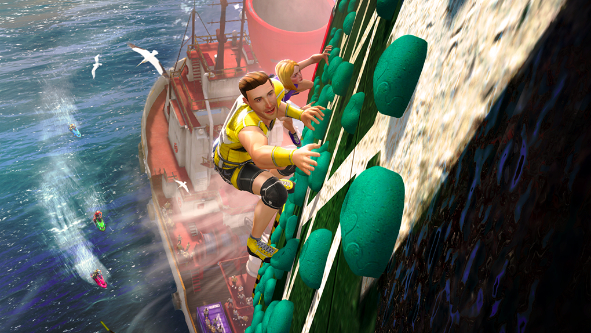 The climbing game was easily JOE’s favourite mainly because being the first to the top of the six different courses isn’t the only aim to this game. Virtual opponents are hot on your heels and they’ll do anything to get in front of you… even if it means grabbing at your ankles. On top of that you have to watch out for various traps that lie in wait, which added suspense to the game.

Apart from having absolutely stunning visuals, the best part about Kinect Sports Rivals is the fact that it basically tricks you into getting up and doing a little bit of exercise. You can play the entire game sitting down, but it obviously aids in the fun if you get up and jump around the living room regardless of whether you’re playing with a group of mates or on your own. As for the motion detection function, if you get sick of grabbing at the screen in order to move forward in the pause menus you can just use the voice functionality or simply use your controller.

END_OF_DOCUMENT_TOKEN_TO_BE_REPLACED

So, what did we make of Kinect Sports Rivals? Well, we really enjoyed playing it. Kinect Sports Rivals isn’t exactly the type of game you’d be dying to play after a long day at work, but it really does give you a sense of accomplishment after you win in a challenging event.

It’s suitable for all ages and it’s great craic to play with a few friends, or even on your own, and if you're naturally competitive you'll definitely get your money's worth. While the football game could be a lot better, the other five sports make up for it and once you’ve gotten past the somewhat tedious ‘create your character’ section you’ll be on your way to becoming the next Kinect Sports Rivals Champion... 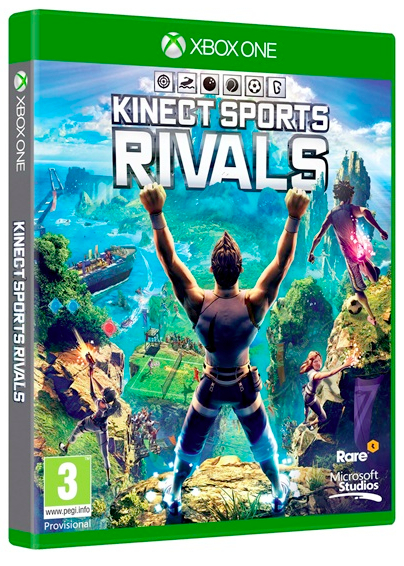 The Big Reviewski || JOE · The Big Reviewski with Y: The Last Man, that Malignant ending & a secret streaming service
popular
Ed Sheeran announces extra show in Dublin's Croke Park as part of major 2022 tour
Rare magnitude 5.9 earthquake hits Australian city of Melbourne
You could be shopping in an Aldi store with no checkouts in Ireland in the near future
Gabby Petito disappearance: FBI confirm remains found are that of missing woman
The film that predicted the pandemic is among the movies on TV tonight
"One person's rent is another person's income" – Varadkar rejects calls for three-year rent freeze
President Biden warns trade deal must not derail peace in Northern Ireland
You may also like
1 week ago
Deathloop review: The lovechild of BioShock and Dishonored
1 week ago
10 of the most exciting reveals from the PlayStation Showcase event
1 month ago
These are the free subscription games coming to PlayStation and Xbox in August
2 months ago
Pro Evolution Soccer has been killed off after 26 years
2 months ago
Netflix to start offering video games as part of service
2 months ago
FIFA 22 unveils biggest Career Mode update in years with 'Create A Club'
Next Page