This year's Madden is as cinematic as it gets, giving you full control over the game

NFL fans won't need to be told that the latest edition of Madden is the closest thing to suiting up in pads and heading out on a Sunday morning to get the tar knocked out of you, but it's not quite as painful. This year's edition is the 25th anniversary of Madden, so along with a very large and immersive game, you also get some great retro moments during the loading screens from all the previous titles that we've loved so much.

We will forewarn you though, between watching the football of a Sunday/Monday/Thursday and playing Madden, you might be on NFL overload for the coming few weeks, but that can't be helped. This particular edition of Madden has several game modes, from a quick exhibition to the usual suspects like coaching career or building your own player, to Ultimate Team and online versions on your career mode. 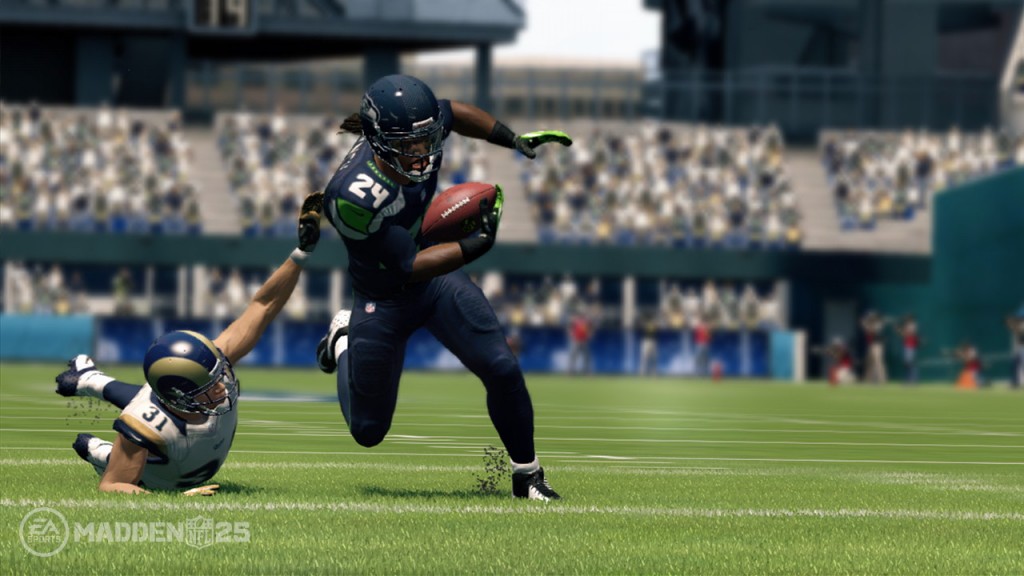 END_OF_DOCUMENT_TOKEN_TO_BE_REPLACED

Physics
While the Ignite physics engine that EA have been talking about so much will only appear on the next gen releases, this game still looks much better on that front, and a hit at the knees doesn't just knock your player backwards as it has in years past, rather they stumble over or they end up being flipped over by your big hit. There's also the option of using a well timed right analogue stick twiddle to reall deliver a huge hit, but that stick also comes in handy on the offence, in particular for the running back. As usual, it's used for the jukes and the spin moves, but the added addition of usin ghte L2 button to change pace or make a more powerful trucking move is also a great option for your
The triple read option - This is a pretty difficult thing to master, but it will be a part of the game that opens up a huge amount of plays and innovative maneouvres into your repertoire. That siad, you have to read the play and make incredibly quick decisions and that's not an easy skill. You can use the skills trainer mode to have a few goes at this before trying it out in play, but it's a learning curve so be prepared to get it wrong and have your QB on his butt more often than not.

Owner mode
Apart from the usual exhibition and career modes, this mode gives you control over everything, right down to the prices of the hot dogs at the concession stands. We're not joking. You can literally set the prices, and get fans back on your side if they think you're charging too much for anything from barbecue meat to cheesecake, nachos and hot dogs. That reminds us, we're very hungry, and we'd better get some snacks in for the weekend's NFL. 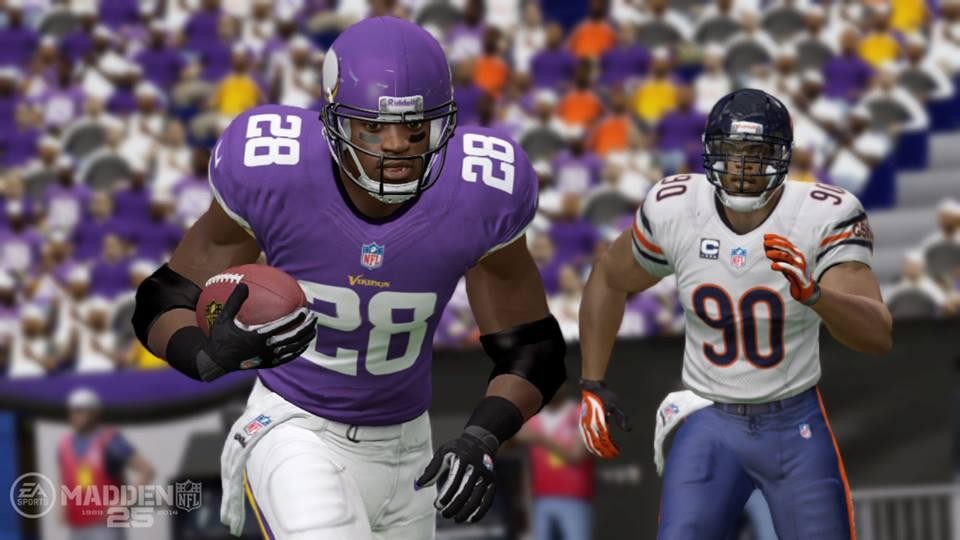 END_OF_DOCUMENT_TOKEN_TO_BE_REPLACED

Anyway, you can also choose to move your team to a second market (one of the options we were given was London) and you can choose a few different names and jerseys for your team if you want to, including bringing back the old London Monarchs. We thought this was a pretty nice touch.

Managing the Triple Read Option
As with many recent editions of Madden, the trouble with the game is that offence is quite easy and defence is quite difficult. That, to be fair, is an inherent problem with American football. Offensive schemes are exciting and watchable, defence is hugely tactical and not as easy to understand. Defence done well will force mistakes and make the quarterback to make the wrong decision, so that means you might not always get the sack, but so long as you're not giving up yards you should be happy. It doesn't look quite as spectacular though.

The other thing is that this edition of Madden makes it clear that this console cycle is over, and the next gen is needed. The physics engine is available on the next gen, and while there is improvement here, the trailers we've seen for next gen show a visually superior game and a different approach to how players and the ball move. The above trailer contains actual game footage, and is far superior to what we get on the PS3 or Xbox 360, another reason why we'll be queuing up to buy our console.

END_OF_DOCUMENT_TOKEN_TO_BE_REPLACED

Still, this game has made some great strides from the last title, and if you have pre-ordered a next generation console, we definitely recommend picking this up. If you're an NFL fan, we won't need to tell you that you should definitely get this, and if you want to get in to football this season, this is a great place to start. One warning though, this game is huge, and will take over your life.

popular
QUIZ: Can you identify the famous song from the opening line?
Man arrested on suspicion of the murder of Irish man in London
Here's how to make €9-11 on Revolut in just a few minutes
New car-free town with population of 85,000 set to be built in Dublin
Galway City Council street cleaners claim Lotto jackpot worth over €5.5 million
QUIZ: Can you name all the countries beginning with A?
Elderly Irish man stabbed to death on mobility scooter in London
You may also like
1 week ago
Xbox testing new subscription plan in Ireland this month
1 week ago
The JOE Friday Pub Quiz: Week 306
2 weeks ago
JOE Gaming Weekly - Details of the new Tomb Raider game have leaked
2 weeks ago
The free subscription games coming to PlayStation and Xbox in August
3 weeks ago
JOE Gaming Weekly - Stray has the highest user-review score of 2022 so far
3 weeks ago
GTA 6 will reportedly be based on a modern day "Bonnie & Clyde"
Next Page