REVIEW: The Nokia 7 Plus, the mid-range smartphone with a two day battery life

We've put it through its paces...

Nokia is making a comeback in a big way. Since the Finnish brand name was brought back to life by HMD Global in 2017, they've released six android phones, primarily targeted at markets like China and India.

Just two of these phones could be considered not budget phones, the Nokia 8 and the Nokia 7. The Nokia 8 was the only one launched globally, but that's changed... and that brings us onto the Nokia 7 Plus. 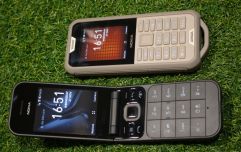 END_OF_DOCUMENT_TOKEN_TO_BE_REPLACED

The mid-range smartphone is a tricky beast to get right. Some companies have delved into that realm and been left floundering with issues arising from underpowered hardware borrowed from budget smartphones.

But that's changed in recent years with a number of Chinese offerings which have broken the mould, with One Plus at the forefront, although their most recent offerings have veered into the higher range bracket. 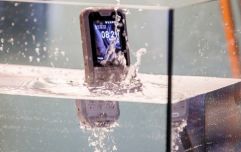 Nokia's new 'Hercules of phones', the Nokia 800 Tough, is now on sale in Ireland

END_OF_DOCUMENT_TOKEN_TO_BE_REPLACED

But it looks like Nokia have cracked the mid-range game with their Nokia 7 Plus offering combining a sturdy, practical design with some fairly impressive processing. 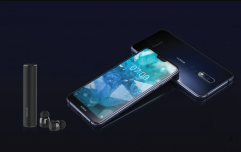 END_OF_DOCUMENT_TOKEN_TO_BE_REPLACED

The first thing that stands out about the phone is its dual-colour finish, which for us was black with a copper ring around the edges.

While the design is aesthetically pleasing, one issue I did notice was the matte black finish did retain moisture and oil quite easily, which gave the phone a scruffy look at times. But, it does give the phone some durability.

With thin bezels (borders between a screen and a phone's frame), the 6-inch Full-HD+ screen gives a big-screen experience in the same width as a traditional 5.5-inch display device. 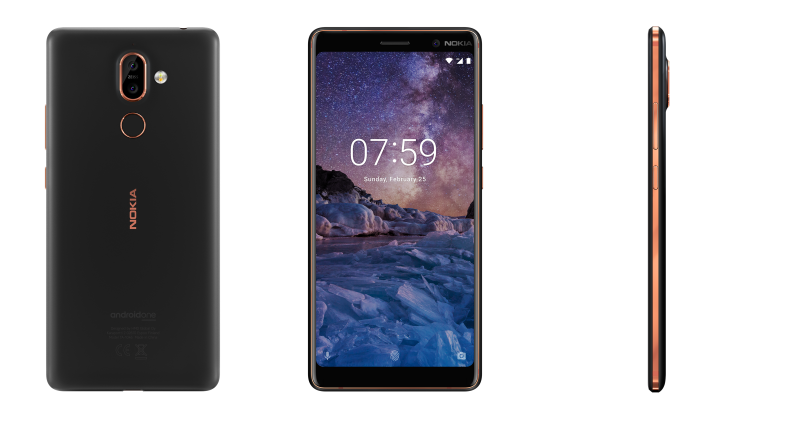 The phone's fingerprint scanner is on the back of the phone underneath the camera and I didn't have any issues with its performance or accuracy.

With the latest Android 8.1 Oreo software onboard, and the latest security as well, there's no complaints here. The phone comes with a Snapdragon 660 chipset which is far more powerful than any budget smartphone, but slower than some of the flagship Android devices.

The phone provides 4 GB RAM and 64 GB of internal storage along with the option to expand the memory using microSD cards of up to 256 GB.

One of the most talked about features of the Nokia 7 Plus is the 3800mAh battery. Combining this heavy duty battery (which does make the phone slightly heavier than your average smartphone at 183g/6.46 oz) with the Snapdragon operating system means that even with heavy use, the battery will still last a day and a half. With light use, you can get over two days out of the device.

There's a new dual camera system packed into the Nokia 7 Plus, and it's the same camera array that's being fitted to their new high-end Nokia 8 Sirocco.

Image quality out of the Nokia 7 plus' main camera in bright light is quite good. In areas of restricted lighting, bright spots are heightened but black shadows emerge which can be a little frustrating.

However, Nokia have clearly nailed the colours with the help of zeiss lenses. We found the saturation to be bang on and one of the best things about the camera.

Also, the 16MP front selfie shooter does a good job. If you're looking for an Instagram worthy selfie, it's more than capable of ticking the box.

The Nokia 7 Plus,which was released alongside the 2018 version of the Nokia 6 and the flagship Nokia 8 Sirocco, is a worthy mid-range challenger for this year, offering decent specs, 'pure' Android and almost the same basic camera setup as the Nokia 8 Sirocco.

The Nokia 7 Plus is one of Nokia's biggest phones to date, and firmly establishes itself near the forefront of the mid-range pack. It's positioned towards the middle of Nokia's offerings, not quite reaching up to the flagship Nokia 8 grade, but giving users significantly more than their Nokia 6.1.

With plenty of power for the price, good battery life and fast charging, there's plenty to like along with the bonus of the Android One operating system.

It could benefit from beefier speakers, minor tweaks on the camera for dim lighting and if you're fussy about that kind of thing, it's slightly heavier than the conventional phone in its range.

Overall, we've been using the phone for a few weeks and have very little complaints, and we think that it will be a phone that should, and will, tempt many prospective buyers at a retail price

The phone is available to buy from Vodafone, Dixons Carphone and Three Ireland from from €399.