Yes, snake is on both phones.

In an age where smartphones and technology are entrenched in our everyday lives, HMD Global, the home of Nokia phones, have two new products that will allow users to escape the hustle and bustle of online life.

So if you’re buying either the Nokia 800 Tough or the Nokia 2720 Flip, then there's a good chance that you fit into one of following profiles: 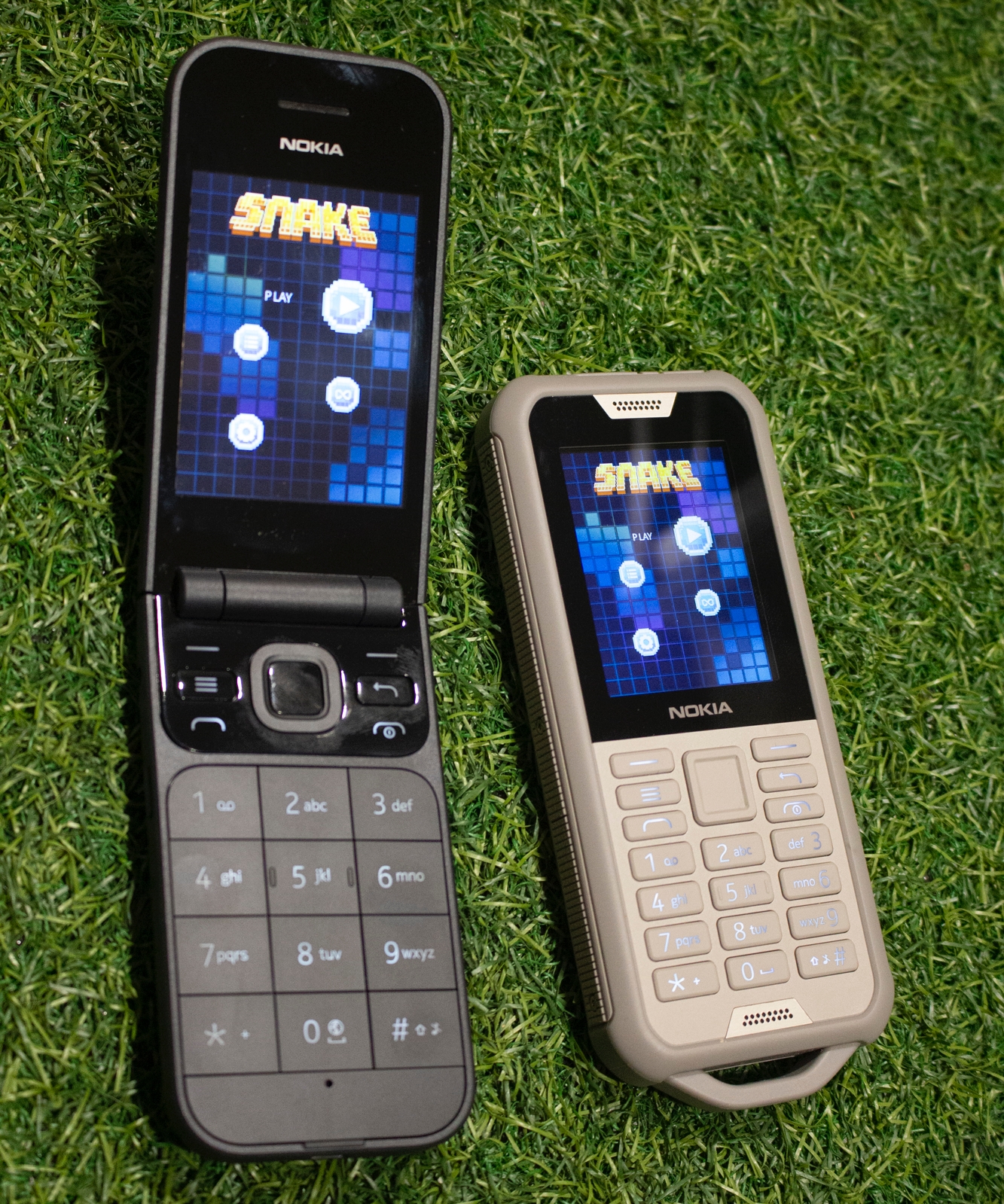 END_OF_DOCUMENT_TOKEN_TO_BE_REPLACED

It’s difficult to review both of these phones because of the unique position they occupy in the market. Neither phone can be considered, in this day and age at least, smartphones, so they can’t be reviewed in the same manner as smartphones or compared to the many smartphones on the market.

So the best way is to describe them as feature phones, one with the ability to access the internet and the Play Store, but without the overall functionality of a true smartphone. 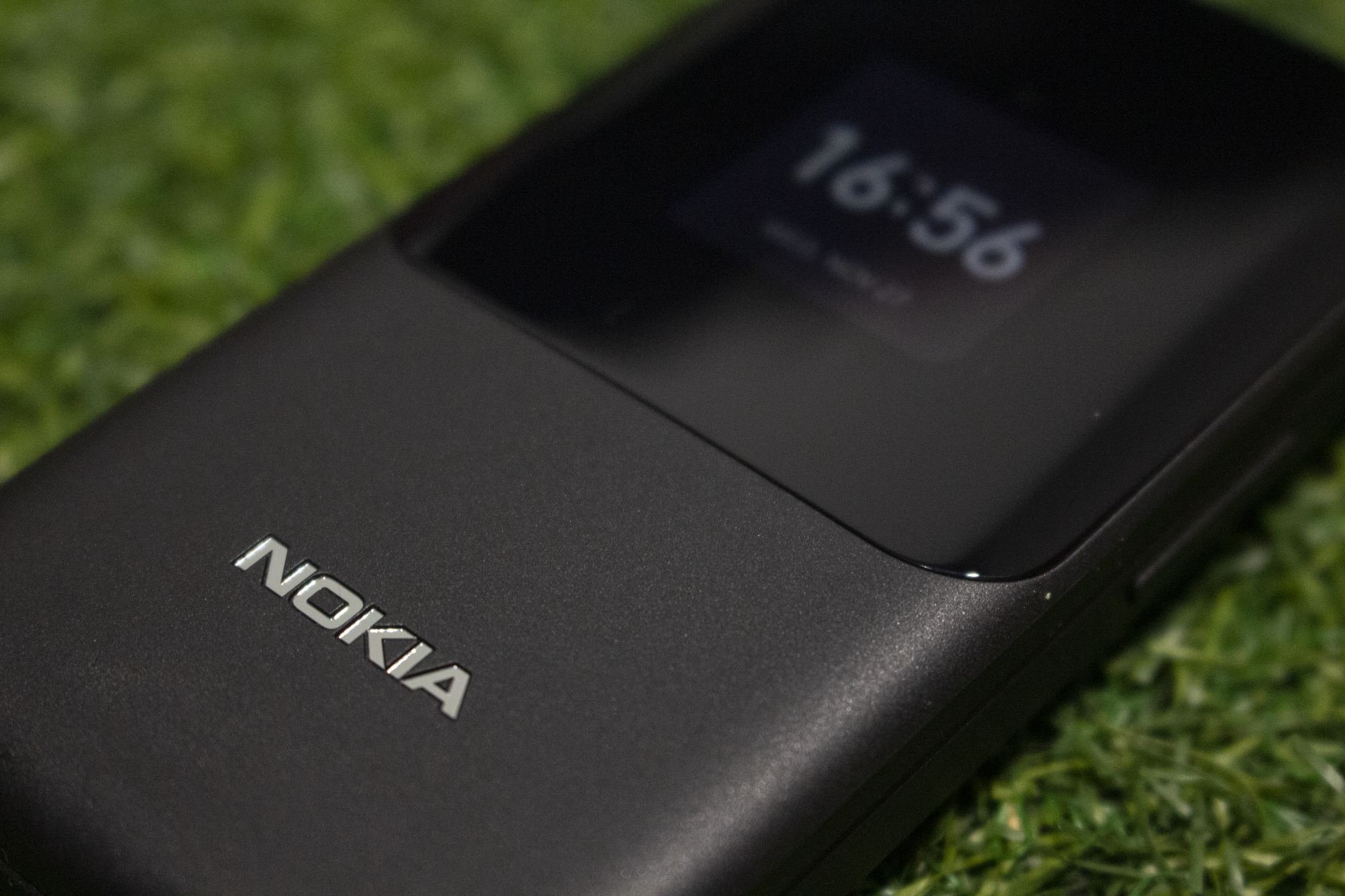 It runs KaiOS on a Qualcomm 205 chipset, but Nokia has still managed to fit in some features you wouldn’t ordinarily expect on a classic retro flip phone.

END_OF_DOCUMENT_TOKEN_TO_BE_REPLACED

There’s a small 1.3-inch 240 x 240 external display that shows caller ID and other basics, while inside, there’s a second 2.8-inch QVGA screen which handles everything else.

The rear camera is a 2-megapixels shooter but the jewel in the 2720's crown is the battery, which promises to last up to 28 days in standby.

There is no touch screen; all you’ve got is a standard number pad (it took me a few goes to remember how to type on a T9 keypad), you have a small resolution screen, but you do have a 3.5mm headphone jack and microSD card support. It’s also compatible with hearing aids.

Google Assistant support means it’s possible to ask for weather and news updates, while WhatsApp, Twitter and Facebook are preinstalled on the phone. 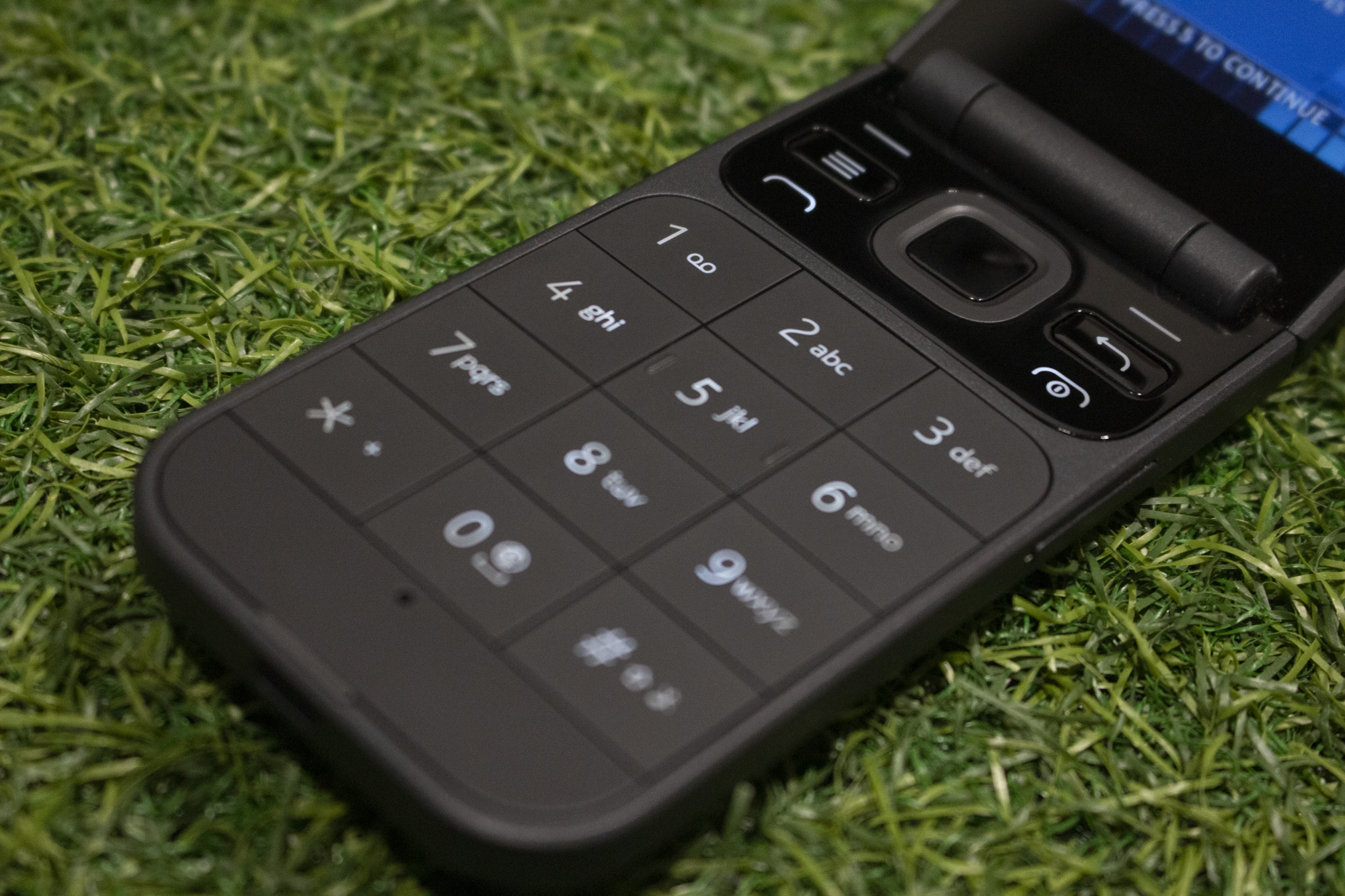 But while these apps - and some others - are available to use, it doesn't mean you can use them as swiftly and seamlessly as you do on your smartphone. Using WhatsApp in particular takes a fair bit of work, mostly because it takes an age to type out messages on your T9 keyboard. If you're in a group chat, this can mean you're late to the conversation at best and you look a little slow on the uptake at worst with your basic, short messages.

But in terms of what the 2720 Flip was designed for, it does a reasonable job. It limits your interactions with social media and the likes without cutting you off completely. 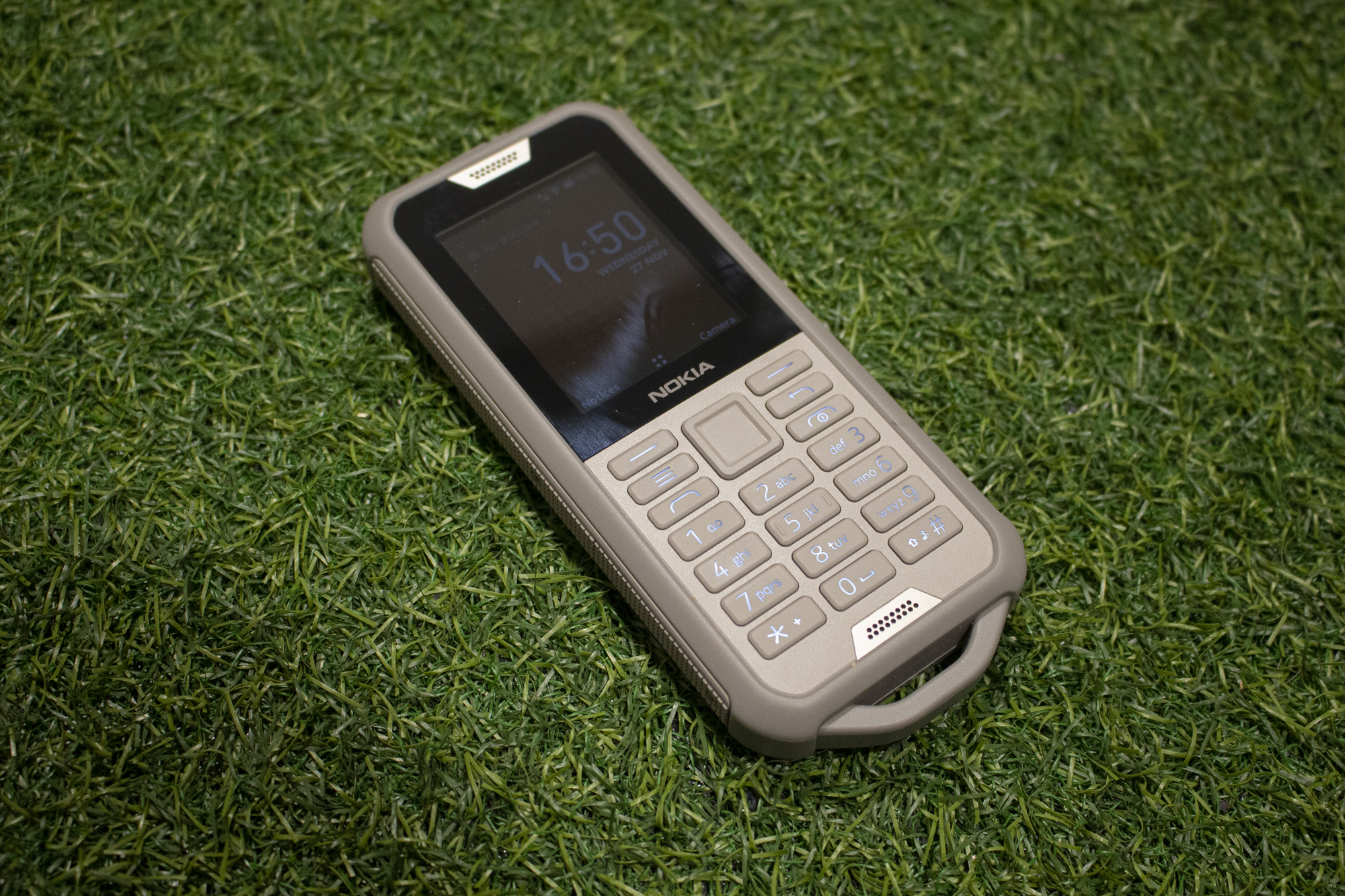 The Nokia 800 Tough (nicknamed the 'Hercules of phones') is designed for those who have a bit of an edge, like the outdoors and are generally less careful about where they put their phones.

It promises to withstand drops onto concrete from a height of 1.8m and is waterproof for up to 30 minutes.

Yes, we know what you're thinking; Nokia already created an indestructible phone years ago when they made the 3210, but they're trying to build on that with the 800 Tough. 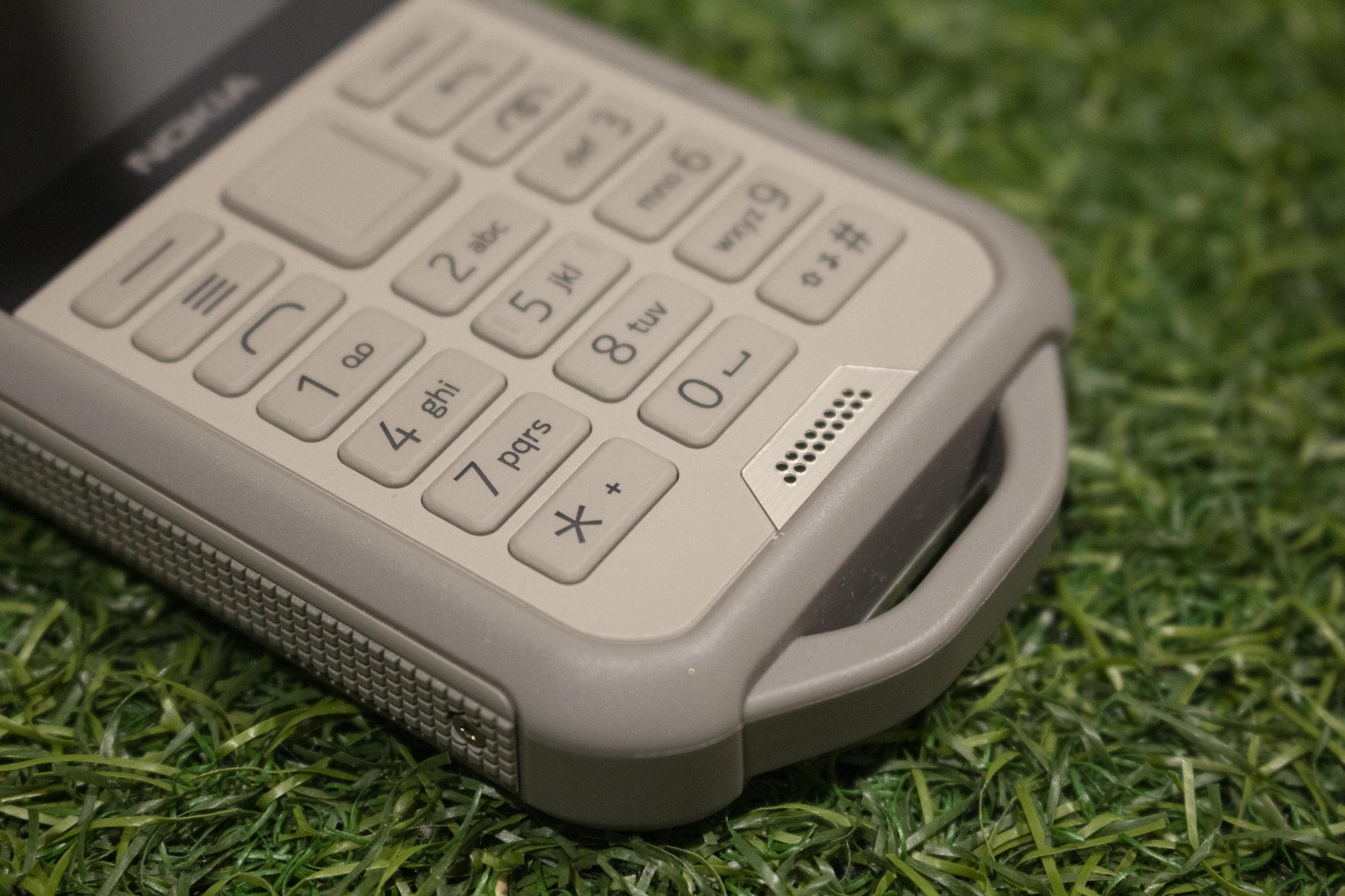 Running KaiOS, the same as the 2720 Flip, it runs into many of the same issues mentioned above.

Under the hood, it houses a Qualcomm 205 processor with 512MB RAM, 4GB storage (expandable up to 32GB), a 2-megapixel shooter with LED flash, dual-SIM option and a non-removable 2,100mAh battery. The company claims it can last close to 43 days when in standby mode. 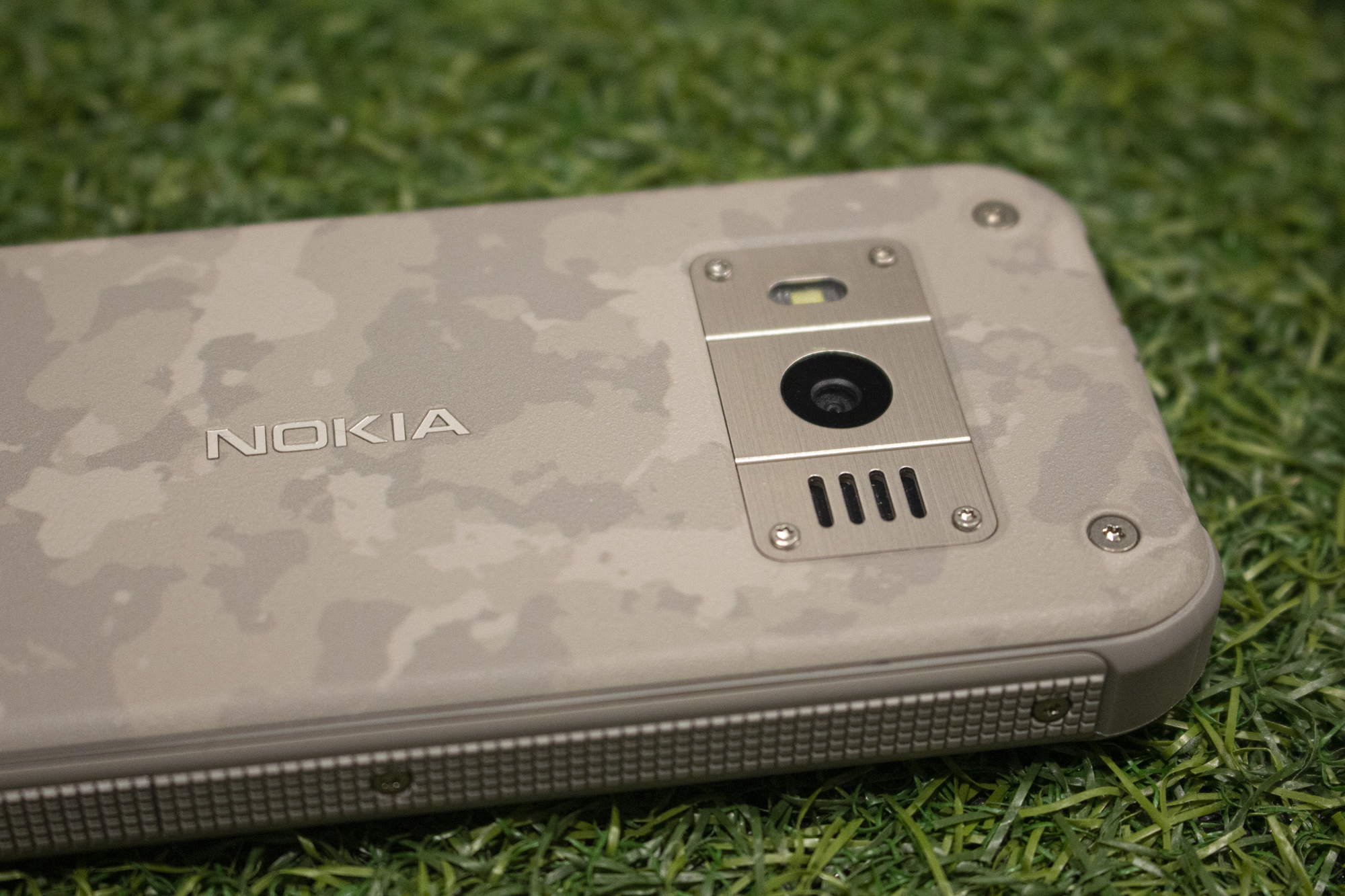 When JOE tested the phone, we were using a review device provided by HMD Global so there was no attempt to try and physically demonstrate its toughness and durability, but you would have confidence that it could comfortably absorb any mishaps you might have on a day-to-day basis.

It's the kind of phone you'd bring on a hike and not be too worried about dropping half a dozen times on your trip.

Should you buy either phone?

HMD Global and Nokia are not looking to win over smartphone fans with these two phones. They're in the market for those who may be a little disillusioned with social media and the invasive nature of smartphones.

If you're after a simpler life, or a backup phone to tuck away in a corner of your bag, then these could be right up your street.

They could also potentially be a handy little Christmas present for a parent or grandparent who isn't very confident with technology.

popular
The JOE Friday Pub Quiz: Week 307
WATCH: Flight makes scary 'lowest ever landing' at Greek airport, narrowly avoiding plane spotters
Netflix has just added an incredibly tense 97-minute thriller
Actress Anne Heche "not expected" to survive coma following car crash
Prime Video has just added 25 very big movies to its library
This new true-life disaster show is being called one of the grimmest, bleakest shows ever made
Woman in her 20s dies following fatal assault in Meath
You may also like
3 weeks ago
Microsoft could be sizing up to buy Netflix, claims analyst
1 month ago
Half of the internet stopped working due to outages
1 month ago
A new rival to Revolut is set to launch in Ireland
1 month ago
Google suspends employee after claiming an AI had become sentient
2 months ago
Apple to introduce 'Safety Check' feature to assist victims of abusive relationships
2 months ago
Elon Musk's $44 billion acquisition of Twitter on hold due to fake accounts
Next Page