REVIEW: The OnePlus 6, their best phone yet

It's a very, very good phone.

It's staggering to think that OnePlus was only created in 2013, especially considering the strides they've made in the smartphone world.

They've gone from a cult favourite, whispered about smugly by anyone who purchased one and saw first-hand what an outstanding piece of tech they are, to a major challenger in the battle for smartphone supremacy.

For five years, they've been churning out impressive phones at reasonable prices, and now they may have created their best phone yet with the OnePlus 6.

We reviewed the 8GB RAM/128GB variant of the phone but there's also an option of 6GB RAM/64GB and 8GB RAM/256GB, so you can choose which one suits you best.

END_OF_DOCUMENT_TOKEN_TO_BE_REPLACED

OK, let's be blunt. The OnePlus 6 is a beautiful phone, but it looks very, very similar to a lot of other phones on the market including the Huawei P20 Pro and in some ways, the Samsung Galaxy S9.

It's available in three different finishes, including a reflective Mirror Black, matte midnight black and a limited-edition Silk White finish.

There's also a slight change to the traditional OnePlus layout with the alert slider, used to switch between ringer, vibrate and silent, has been moved to the right-hand side of the device. The camera has also shifted to the centre of the phone.

END_OF_DOCUMENT_TOKEN_TO_BE_REPLACED

The 6.28 inch screen is very good and the 2280 x 1080p AMOLED display is bright and clear, with vivid, vibrant colours and ensures the 402 pixels-per-inch density of previous OnePlus phones.

Reduction of the bezel above and below means that the phone means the phone has an 83.55% screen to body ratio.

We've said it before and we'll say it again, 2018 is the year of the notch and the OnePlus 6 is no different. But thankfully, there's an option to hide the notch, which was a late addition to the phone after OnePlus discovered people hated the notch (we also hate the notch).

We have some great news. THIS PHONE HAS A HEADPHONE JACK! It's been a bug bearer of ours for a while that many smartphones have been abandoning them. But not OnePlus, they wouldn't do us like that. 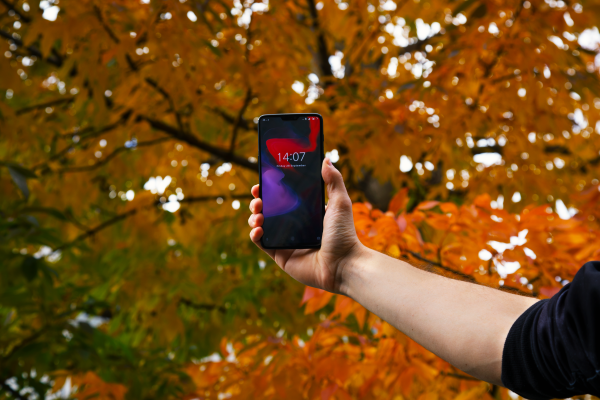 The OnePlus 6 is fast. Really fast. It's powered by Snapdragon 845 and boasts 8GB of RAM, meaning there's more than enough under the cover for whatever you throw at it (there's also a version of 6GB of RAM).

It's debatable whether you really need a smartphone with 8GB of RAM as 6GB will do in most cases, but it does mean that performance should not dip on the phone over time as well.

Geekbench CPU tests showed that there was very little difference in the single-core tests between the Samsung Galaxy S9 and the OnePlus 6 and they were virtually identical on multi-core tasks. This is even more impressive when you consider the substantial price difference between the two phones.

On-screen the phone has Android 8.1 with OnePlus’ own Oxygen OS running as well which is pretty similar to standard Android. Some minor differences include the ability to customise the menu to your own tastes, which we found very useful.

In terms of battery, OnePlus phones have historically been known for having a stellar battery life. But, this is not their best effort. It boasts a 3,300mAh battery, significantly smaller than the 4,000mAh on the Huawei P20 Pro, and battery life suffers because of it. With relatively heavy use, you'll get a day of life from the phone and not a whole more.

The phone does not have wireless charging, but does have Dash Charge fast-charging technology which will give you eight hours of battery life in just 30 minutes.

Unlike the P20 Pro, there's no triple camera set-up on the OnePlus 6, but there's still a decent camera on offer.

Let's be clear, it's not going to be winning any awards, but it's ideal for your standard user.

Unlike a lot of top of the range phones these days, the camera doesn't have an automatic AI to jump in and switch modes depending on what you're pointing your camera at. 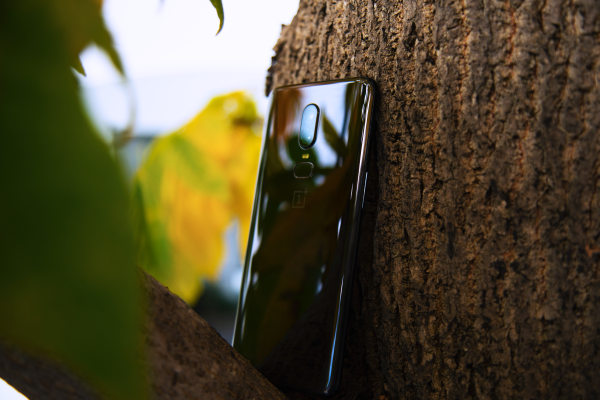 It's a good camera, not a great one. But if you really care about your camera for Instagram shots and food blogging, the chances are you're not going to be buying the OnePlus 6 anyway. You'll probably be going for the Huawei P20 Pro.

This phone was originally released in the first half of 2018, and some other quality options have come on the scene in the time since, but it still stands well against these newer options. Prior to its release, it was obvious this was going to be the most expensive OnePlus phone yet, but by how much?

Even when you take price out of the equation it’s still impressive. This is one of the fastest, best-looking Android phones at any price, with a lovely screen and perfectly optimised software.

They had to compromise on some, not every component is top of the range. The camera is good, but it’s not going to compete with those on the Huawei P20 Pro or Pixel 2. While as we mentioned above, the battery is fine, not outstanding.

We look forward to the soon coming release of the OnePlus 6T, but for now, the OnePlus 6 is among the best phones you can buy.

popular
Richard Madeley apologises after calling Sam Smith 'he' and bungling guest's pronouns
Harvard study reveals how many times men should ejaculate each month to stay healthy
Annie Wersching, best known for role in TV series 24, dies aged 45
Parents left in shock after gorillas start mating in front of kids at zoo
Colin Farrell shouldn't win the Oscar this year
The JOE Friday Pub Quiz: Week 331
S Club 7's Hannah Spearritt and children left homeless after being forced from home before Christmas
You may also like
1 month ago
People are warning others about using new AI selfie app
1 month ago
18 very affordable gifts for your aul' fella or brother this Christmas
3 months ago
Elon Musk set to take over Twitter after completing $44 billion purchase
4 months ago
How Twitter is changing gaming as we know it
4 months ago
WATCH: Apple's iPhone 14 event featured some creepy teases for Severance Season 2
6 months ago
Instagram walks back on recent changes that you all hate
Next Page