If you’re a big fan of shooters, but you’re tired of the same old ‘modern warfare’ story then look no further than Plants vs. Zombies: Garden Warfare.

So, what’s it all about? Plants vs. Zombies: Garden Warfare is an online multiplayer third-person shooter developed by mobile games giant PopCap and published by EA, so it has some of the biggest names in gaming behind it. That’s fairly evident when you start playing the game as it features top notch graphics and controls that make it just as easy to pick up and play as its mobile counterpart.

It’s a fun, light hearted game that’s aimed at fans of the already huge Plants vs. Zombies (PvZ) series, but don’t worry if you’ve never played PvZ before, as you don’t really need to know anything about it in order to get into Plants vs. Zombies: Garden Warfare on the Xbox 360 or Xbox One. The zombie and plant characters featured in the console version are pretty much the same as the mobile game apart from the fact that they’ve been given a 3D makeover.

END_OF_DOCUMENT_TOKEN_TO_BE_REPLACED

Plants vs. Zombies: Garden Warfare is currently available to buy in shops or download on the Xbox Market Place, but sadly, PlayStation owners won’t be able to get their hands on it just yet. Which is a shame as it really is a fun game to play.

One of the first things you’ll notice about Plants vs. Zombies: Garden Warfare is the fact that it really doesn’t take itself too seriously. In all fairness, it's a game that features a load of angry plants fighting a load of brain-dead zombies who are all packing some seriously zany weapons, so it never really tried to take itself seriously in the first place. 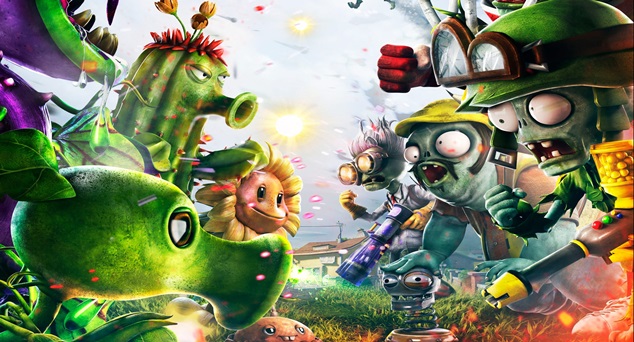 There are small jokes hidden throughout the game that are sure to give you more than a few laugh-out-loud moments, whether it’s the name of a certain power-up or the graffiti that’s scrawled on buildings and walls within the game itself.

The maps are diverse and fairly expansive giving you loads of room to scout around for good vantage points, but it’s the gameplay itself that will have you hooked on the game for hours at a time. Up to 24 players can play in online battles and it really makes for a fun afternoon of gaming when there are that many plants and zombies running around the battlefield.

The four game modes include: Garden Ops, which sees up to four players taking control of plants as you protect your garden from waves of zombies – think COD: Nazi Zombies, but without the Nazis; Team Vanquish, which is like your regular team deathmatch game mode; Gardens & Graveyards, or capture the flag as most gamers would know it; and finally Mixed Mode, which is a mix of both Team Vanquish and Gardens & Graveyards.

The game has been given a 7+ rating so it will appeal to young and old gamers alike and the split screen ‘Garden Ops’ option is extremely fun to play whether it’s with one of the lads or a younger sibling, which is something that new games often fail to include. 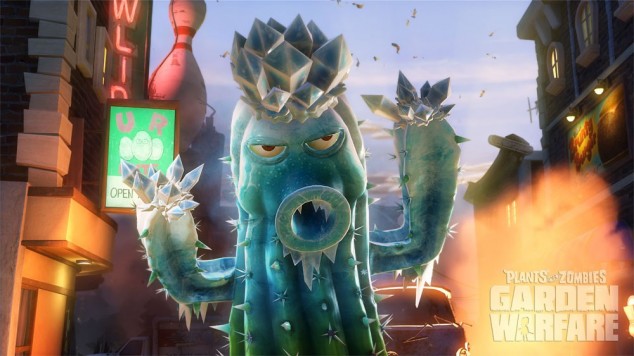 END_OF_DOCUMENT_TOKEN_TO_BE_REPLACED

To be honest, we weren’t really sure whether or not we’d actually enjoy Plants vs. Zombies: Garden Warfare when it first arrived in JOE Towers, as it seemed a little bit… childish (we were thinking Zoo Tycoon, but with more zombies). But we’re certainly glad we got our hands on it now. It’s our go-to-game when we’re looking to settle an argument on the virtual zombie/plant-filled battlefield, or when we’re simply looking for a game to stick in and play without having to tweak settings or spend ten minutes setting up our favourite football teams.

Overall, Plants vs. Zombies: Garden Warfare is a great game if you’re looking for something to just throw in the Xbox and play away and it’s a nice vibrant break away from the gloomy shooters that are on the market at the moment.

popular
Female personal trainer shares the creepy messages she receives from men on social media
The cast and director of Fast & Furious 9 discuss setting a sequel in Ireland
You can now get a life-size inflatable pub for your back garden
Dublin cyclist says he "could've died" after being pushed into ditch
What Netflix’s Seaspiracy gets wrong about fishing, according to a marine biologist
This Time with Alan Partridge series two confirmed for end of April
The 50 most iconic songs of all time* have been revealed
You may also like
3 weeks ago
Gotham Knights release date pushed back to 2022
3 weeks ago
Super Nintendo World is officially open
1 month ago
EA Sports bans Irish FIFA player who racially abused Ian Wright for life
1 month ago
WATCH: The first trailer for Aliens: Fireteam has arrived
1 month ago
These are the free subscription games coming to PlayStation and Xbox in March
1 month ago
The 10 most anticipated games confirmed for release in 2021
Next Page